What is really happening inside the Earth? Whereas before they had to rely on hypotheses based on indirect observations, for the first time researchers are now using elementary particles to visualize the interiors of volcanoes and the Earth. And what is being revealed in these very first X-ray images of the Earth beneath our feet?

Volcano muography, inspired by a leap of imagination 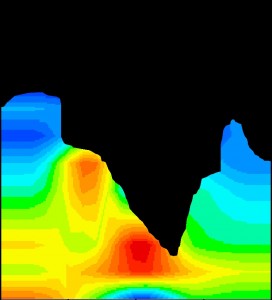 Images of Mount Asama published in 2007 astonished the world’s scientists. They revealed for the first time, the interior of an active volcano, impossible to see with the naked eye (Figure 1). These images, published by Professor Hiroyuki Tanaka of the Center for High Energy Geophysics Research at the Earthquake Research Institute, the University of Tokyo, were made possible by volcano muography, a technique devised at the University of Tokyo in the 1990s.

Muography is a visualization technique that uses elementary particles known as muons, large numbers of which are produced from collisions of primary cosmic rays with the earth’s atmosphere. Muons have high penetrating power and can even pass through rock of several kilometers’ thickness. In highly dense matter however, the muons are obstructed by the closely crowded atomic nuclei, reducing the number of muons that can pass through unimpeded. By detecting the number of muons and their direction of flight, we are able to explore the density distribution of the interior of massive structures, just as we do with X-ray images.

The fundamental principle of muography has been known since the 1950s, and the technique has been used in the investigation of archaeological monuments and exploration for natural resources. However, conventional muography involved placing the detector immediately underneath the target to capture the muons streaming vertically downwards, and so could not be directly applied to imaging volcanoes. 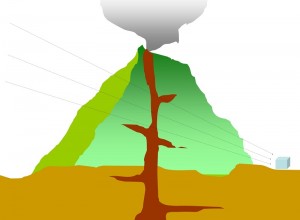 Figure 2: The principle underlying the visualization of the volcanic interior
The direction and number of muons passing horizontally through the volcano are measured.
© 2014 Hiroyuki Tanaka.

Volcano muography was first proposed in 1995 by Professor Kanetada Nagamine of the Graduate School of Science at the University of Tokyo, well-known for his numerous achievements in applied muon research. Professor Nagamine realized that cross-sectional images of a volcano could be obtained if muons produced from horizontally-incident cosmic rays were captured with a detector located at the foot of a volcano (Figure 2). A student at the time, Professor Tanaka became interested in this concept, and launched his research career in the field of volcano muography.

Bringing this ground-breaking idea to fruition as an observational method required technical innovations that only emerged in the 21st century. The first challenge involved bringing the detector close to the target, because the further away it is, the greater the noise, making it difficult to obtain a clear image. “In the 1990s, we used real-time detectors, but we couldn’t locate them near a volcano, with no electricity supply or roads.” said Professor Tanaka. “So we switched to nuclear emulsion plates that record tracks when exposed to particles passing through the plate.” Concurrently, an experimental particle physics group at Nagoya University had developed an ultrafast automated readout system for nuclear emulsion plates. The outcome of this R&D program instantly resolved the difficulty involved in reading nuclear emulsion plates: with tracks of more than one million muons in each scan, it is impractical to count them with the human eye. Working collaboratively with Nagoya University the team were able to use nuclear emulsion plates for observations of Mount Asama, and in 2006, Professor Tanaka and his colleagues successfully produced the first-ever muograph of a volcano. 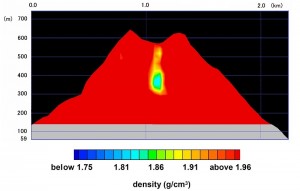 Figure 3: Muograph of Mount Iwo-dake on Satsuma-Iwojima Island
A larger-than-expected mass of low-density magma is seen about 300 meters below the volcano crater.
© 2014 Hiroyuki Tanaka.

However, another challenge emerged at the same time. These nuclear emulsion plates, which require collection, development, and reading, are not suited to the monitoring of constantly-changing volcanoes. Real-time observations are more useful for elucidating volcano dynamics, and Professor Tanaka returned to real-time detectors to address this shortcoming of nuclear emulsion plates. The key to success was a rewritable circuit configuration on a small chip known as a field-programmable gate array (FPGA). Just like conventional real-time detectors, the chip processes incident elementary particles as electrical signals, but uses little power in doing so. Together with researchers from the High Energy Accelerator Research Organization (KEK), Professor Tanaka’s group installed an online monitoring system with a new, high-capacity FPGA, enabling remote scanning via detectors located near the target volcano.

Observations of Mount Iwo-dake on Satsuma-Iwojima Island in 2008 using this system verified the magma convection hypothesis that had been proposed for the volcano’s dynamics. In 2013, the group succeeded in creating videos from time-lapse images taken over several days, and they were able to detect vertical movement of the magma in Mount Iwo-dake. Volcano muography offers a novel approach to research into volcanology and natural disasters, without the forced reliance on empirical rules and hypotheses that have challenged researchers in the past (Figure 3).

Seeing through the core of the Earth

Professor Tanaka is presently involved in several research projects concerned with visualization techniques using elementary particles. The grandest of these is the plan to picture the interior of the entire Earth via the IceCube Project, an observatory established in the ice of the South Pole (Figure 4). 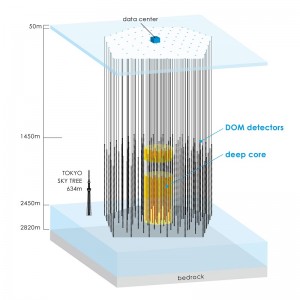 Figure 4: The IceCube neutrino observatory.
Because neutrinos with their high penetrating power interact negligibly with matter, it is necessary to provide as large a target as possible for incoming neutrinos. IceCube, which boasts the world's largest target, embedded in one cubic kilometer of natural ice, is a powerful observatory capable of detecting the few high energy neutrinos that arrive.
© 2014 University of Tokyo.

The particles used for visualizing the Earth are neutrinos, which have far greater penetrating power than muons. The penetrating power of neutrinos increases with their energy, but high-energy neutrinos in the range 10 to 100 TeV (teraelectronvolts) are absorbed by the Earth. Professor Tanaka hypothesized that IceCube, which can detect large numbers of rare, high-energy neutrinos, might be able to visualize the interior of the Earth using the same principle as that of muography.

Kotoyo Hoshina, a researcher who joined this project that started in 2008, says she was initially perplexed by the concept of using neutrinos as tools. The original objective of IceCube was to ascertain the origin of ultra-high-energy cosmic rays emitted from black holes or the cores of galaxies by monitoring high-energy neutrinos arriving from space (Figure 5). However, she soon became fascinated by the concept. The Earth is thought to have a layered structure, with a core at its center overlain by the mantle and crust, a theory based on information that was indirectly obtained from observations and seismic wave data. Hoshina has immersed herself in the project that aims for humanity’s first look through the Earth, using a cutting-edge detector system. 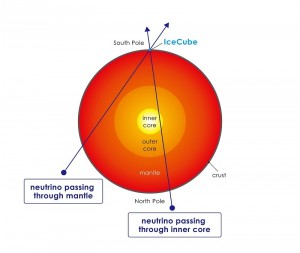 Figure 5: Principle behind visualization of the earth's interior.
The direction of flight and number of neutrinos that have passed through the earth are measured.
© 2014 University of Tokyo.

Imaging the Earth will require ten years of IceCube data, but only the first three years of data have been analyzed so far. Hoshina says, “Who knows what it will look like after ten years? We are constantly fine-tuning our analysis to maximize the contrast in density between the core and the mantle,” and added, “Assuming of course that the core exists.”

A new field of earth science

The visualization techniques developed by the University of Tokyo, comprising volcano muography and its successors, are stimulating a new field of earth science that is spreading throughout the global scientific community. Asked how this new technique will transform science in the future, Professor Tanaka says, “Rather than one innovative technique, it takes a combination of multiple innovative techniques and the expansion of their user communities to create a new science. Earth monitoring techniques using multiple elementary particles will be developed in the future. Looking forward, it is exciting to think of the new sciences that will be developed using these techniques.” 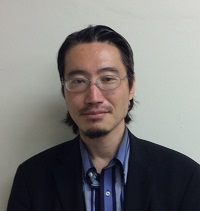