His research guided by one over-arching principle, “To know more about light and matter that we can see before us,” Professor Makoto Gonokami became president of the University of Tokyo in April 2015. Behind his glittering accomplishments in optical condensed-matter physics, through which he has sought to elucidate physical phenomena using light, lie a spirit of inquiry focusing on challenges immediately at hand and an indomitable perseverance.

The behavior of quasiparticles 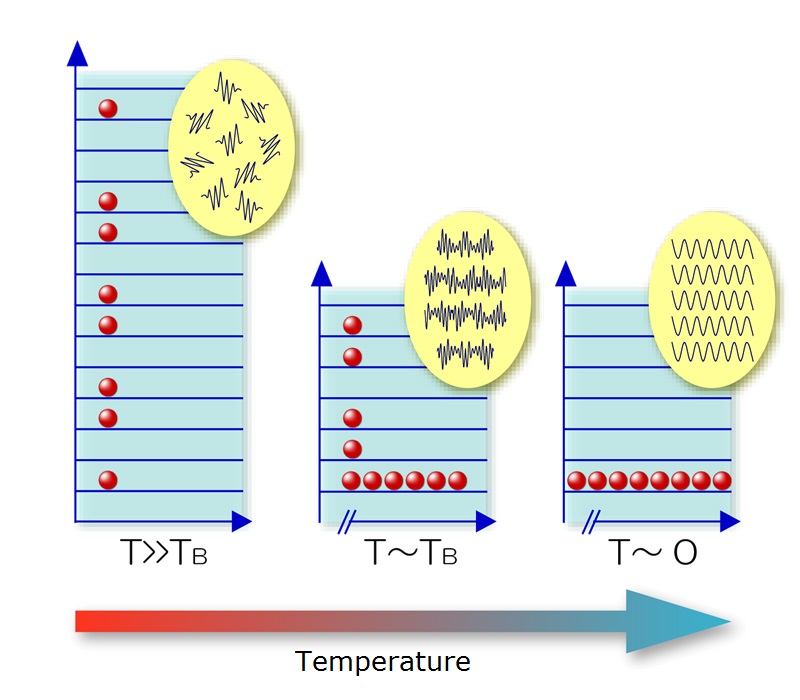 Figure 1: Conceptual diagram of Bose-Einstein condensation
As the temperature cools, particles begin to show wave-like properties. At ultra-low temperatures in the vicinity of absolute zero, particles behave as a single unit, and the characteristics of individual particle waves become synchronized and combine in a single large wave. This phenomenon is known as Bose-Einstein condensation, after Albert Einstein and his contemporary, the Indian physicist Satyendra Nath Bose.
©2015 The University of Tokyo.

Gonokami has developed a series of new, cutting-edge laser technologies, which he and his team have used to explore a wide range of materials, from semiconductors to gas atoms. His work has also included investigation of the Bose-Einstein condensation of excitons, research which typifies his spirit of inquiry and perseverance.

An exciton may be created when a crystal of a semiconductor or other material absorbs light energy. Electrons are liberated when light energy is absorbed by a semiconductor, leaving behind positive holes as a result of the loss of those electrons. The negatively-charged electrons and positively-charged holes attract each other, and the electrically-neutral quasiparticle formed by the mutual attraction of one electron and one hole is known as an exciton.

At high densities and ultra-low temperatures, particles behave collectively in a way that is completely distinct from their behavior as individual entities, a phenomenon known as Bose-Einstein condensation (BEC; figure 1). Predicted to exist by Einstein in the 1920s, BEC was first confirmed with the condensation of sodium and other atoms in the 1990s. 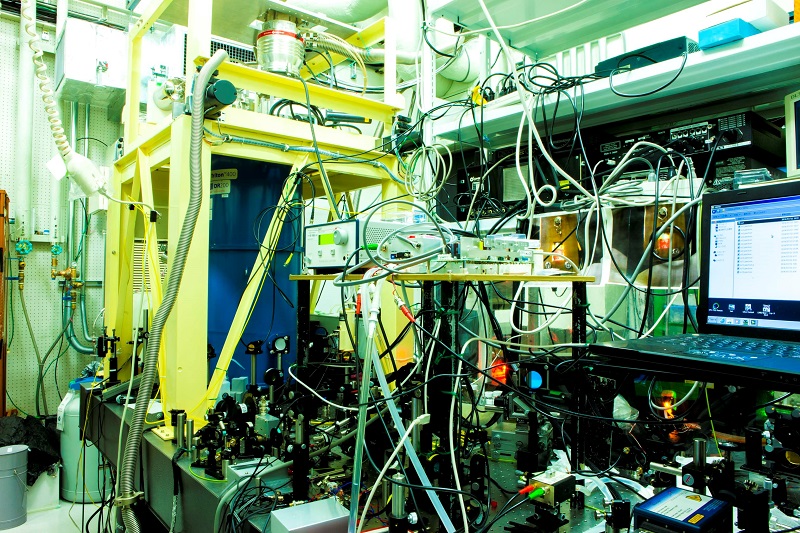 Figure 2: Experimental apparatus for creating excitons at high density and ultra-low temperatures
An ultra-low temperature below 0.1 K is maintained in the laboratory, which is equipped with apparatus for observing light and matter, and includes a laser for creating excitons. Because the laser has a heating effect, the temperature will increase if the semiconductor is simply irradiated with the laser. The key to achieving Bose-Einstein condensation of excitons lies in maintaining a low temperature while irradiating the semiconductor with high-energy laser light.
Credit: Gonokami, Yumoto, and Yoshioka Laboratory, Graduate School of Science, The University of Tokyo.

Debate about whether the exciton quasiparticle displays BEC has continued for more than 50 years, during which time no-one succeeded in proving its existence. In the year 2000, a US research group published a report refuting the possibility that excitons could form a BEC; undeterred, Gonokami and his coworkers showed indirectly in 2011 that a BEC of excitons could be produced. “I only sought to understand the phenomena immediately before us. We developed the technologies needed to solve each challenge in turn, including the lasers required to perform this experiment.” (figure 2)

To prove the existence of BEC of excitons, it is first necessary to ascertain whether excitons are formed as expected at low temperatures and high densities. Usually, this can be determined by detecting the light generated when excitons are extinguished. However, the excitons most suited to Bose-Einstein condensation that were studied by Gonokami and coworkers are unique in that they do not emit light once generated within a cuprous oxide semiconductor. To address this challenge, the researchers developed a new method for visualizing excitons with laser light, allowing them to measure their temperature and density.

Figure 3: The phenomenon of “relaxation explosion” associated with BEC of excitons
A 2011 experiment demonstrated that excitons, created in copious quantities and confined within natural crystals of high-purity cuprous oxide, could form a BEC. With the aim of further exploring condensation of excitons at lower temperatures below 0.1 K, the challenge remains of cooling to the absolute limit while manipulating light.
Credit: Gonokami, Yumoto, and Yoshioka Laboratory, Graduate School of Science, The University of Tokyo.

Using apparatus cooled to a temperature of 1.6 Kelvin (K; equivalent to -271.6 degrees Celsius) with liquid helium, they found that excitons at higher densities were soon spontaneously destroyed in collisions. This indicated that the temperature was still too high for Bose-Einstein condensation. Giving up in disappointment might be a natural reaction, but Gonokami was single-minded in his determination. “If that’s the case, we’ll just go lower.” Incorporating advances in cryogenic technology, they utilized laser spectroscopy and other technologies to approach the ultimate limit, near absolute zero. “And just as we expected, we achieved BEC of excitons!” In 2011, they proved that excitons could form a BEC at a temperature of 0.8 K (figure 3).

Gonokami’s research interests sprang from his undergraduate days at the University of Tokyo. Through the lectures and inspiration of Professor Koichi Shimoda, the leading researcher in lasers at the time, he became interested in lasers not only as a light source, but also as a means of manipulating matter. As a fourth-year student, Gonokami and his friends designed and built their own laser for exhibition at the University’s Gogatsusai (May Festival). He had a burning desire to “use physics to understand the nature of things that you can hold in your hands,” and a philosophy that “a physics in which ideas can be constructed from simple laws and be verified with one’s own hands is beautiful.” He chose optical condensed matter physics rather than the field of elementary particle physics, the interest of many of his classmates who continued their studies in the Department of Physics in the Faculty of Science. 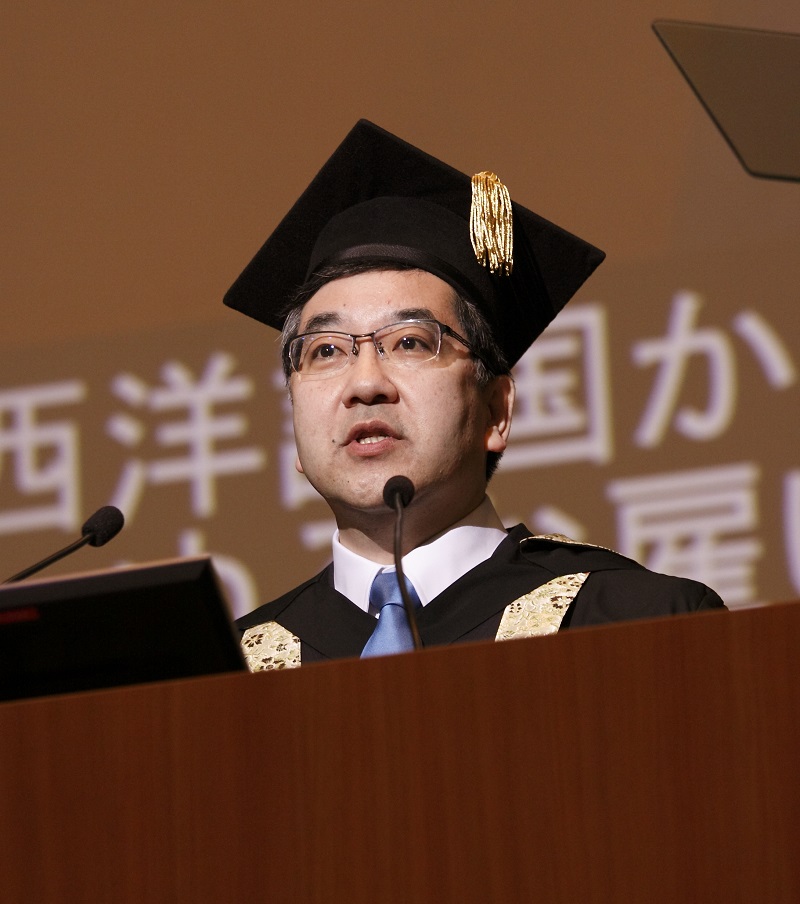 Figure 4: Gonokami giving the commencement address at his first entrance ceremony as president of the University of Tokyo
His powerful speech stressed the importance of an indefatigable spirit of inquiry.
Credit: Yuji Ozeki.

“Experimentation allows us to approach physics systematically. We have come this far by setting and achieving understandable goals,” says Gonokami. Gonokami’s research has also contributed to society through industrial advancements such as miniaturized and higher performance lasers.

Coincidentally, 2015, the first year in which Gonokami addressed the university entrance ceremony as president, is the International Year of Light. He exhorted the freshmen to become knowledge professionals, and stressed the importance of "an indefatigable spirit of inquiry," and of "the ability to return to first principles" (figure 4). Patiently and surely pursuing their research like Gonokami himself, we look forward to the day on which the next generation of researchers announce more conclusive evidence of the Bose-Einstein condensation of excitons. 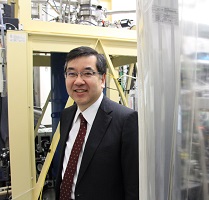