In the summer of 2015, Japan’s media was abuzz in response to Prime Minister Shinzo Abe’s “Statement upon the 70th Anniversary of the End of the War.” While the 70th anniversary of the war’s end is no doubt an important occasion to Japan, one historian in Hongo felt uncomfortable with certain phrases being bandied about by the media. That individual was Professor Yoko Kato of the University’s Graduate School of Humanities and Sociology. 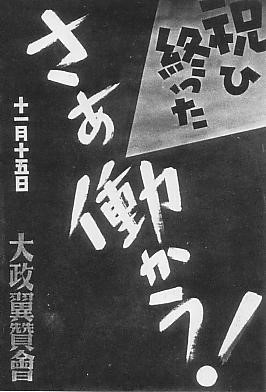 Figure 1: A poster produced by the Imperial Rule Assistance Association (1940)
The Imperial Rule Assistance Association (IRAA) was a national integration entity created by the second Konoe cabinet in October 1940. All the political parties at that time were dissolved and integrated into the IRAA, with Prime Minister Konoe becoming the Association’s first president. Other official citizen mobilization organizations, such as the Great Japan Patriotic Industrial Association and the Great Japan Women’s Association, were then consolidated into the IRAA. The IRAA controlled all aspects of people’s lives until it was dissolved and became the Volunteer Corps in 1945.
Photo: From The Asahi Historical Photographs Library: War and the People 1940-1949 Volume 1, published by Asahi Shimbun Company.

“All the media used terms such as ‘that war’ and ‘the last war’. One even called it ‘the war that came to an end on August 15, 1945’. Seeing these phrases reinforced my impression that even after 70 years have passed, Japan still doesn’t understand the relationship between the war with China and the Pacific War that followed.”

Professor Kato considers the primary cause for this difficulty in understanding to be that the Sino-Japanese War commenced in 1937 without a formal declaration of war. She published a portion of her findings from her many years of research on the topic in a paper this year. In her paper, she focuses on three actions taken between 1940 and 1941: the September 1940 signing of the Tripartite Pact between Japan, Italy and Germany, the establishment of the Imperial Rule Assistance Association in October 1940, and negotiations with the United States which took place from April 1940 through November 1941. Drawing on a range of historical documents, Professor Kato argues that Japan’s efforts towards restoring peace with China were a common factor behind these three events.

At this point, those who have studied modern history are likely all thinking the same thing: rather than these three events having anything to do with peace, they were mileposts which marked Japan’s march towards militarism. Even those not well-versed in modern history probably have a vaguely negative image of these events: they think of the Tripartite Pact as an agreement which made vividly clear Japan’s conflict with the United States and Great Britain; the Imperial Rule Assistance Association as an organization created as the result of all political parties being simultaneously dissolved; and the Japan-U.S. negotiations as measures taken to buy time before the onset of war. 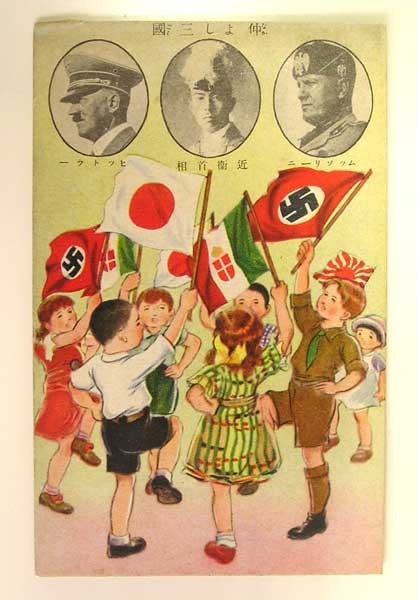 Figure 2: A postcard titled Three Friendly Nations created as part of a propaganda campaign in 1938
Japan, Germany and Italy, three countries that successively withdrew from the League of Nations, decided to reinforce the Anti-Comintern Pact enacted in 1937 by signing the Tripartite Pact, an agreement to form a military alliance, in September 1940. The postcard depicts the flags of the three nations, with a swastika and the crest of the House of Savoy printed on the German and Italian flags, respectively.
Photo: Public domain.

“The three events used to be understood in this negative sense, but looking at newly released historical documents, we can see what Japan sought to accomplish by carrying out these actions. For instance, in The Diary of Chiang Kai-shek, we see that Chiang was considering reconciliation with Japan even after Japan signed the Tripartite Pact. On the Chinese side, influential people like Chiang were contemplating the formation of a continental pact including China in addition to Japan and Germany. Meanwhile, The Annals of Emperor Showa reveal that the Emperor was also dedicated to ceasefire negotiations that emphasized anti-communism.”

Professor Kato asserts that the other two events were also carried out with peaceful Chinese relations in mind. One reason behind the establishment of the Imperial Rule Assistance Association, Professor Kato states, was to strengthen the foundation of the government’s political power in order to achieve a ceasefire with China. The fact that a majority within Japan’s House of Representatives agreed to peace with China also supports this line of reasoning. With regards to the negotiations with the United States, differences between the policies of Foreign Minister Yosuke Matsuoka and Japanese Ambassador to America Kichisaburo Nomura have been emphasized, and many of the reasons that the negotiations ultimately failed have been attributed to their diverging opinions. However, despite all their differences, the two men were negotiating for the common purpose of securing America’s cooperation as a mediator to bring China to the table for ceasefire negotiations, as the Records of the Ministry of Foreign Affairs and Kichisaburo Nomura’s documents confirm.

Interpreting Japanese history through the lens of Sino-Japanese relations

The true value of Professor Kato’s work is that it cuts across traditional boundaries, in which the Tripartite Pact, the Imperial Rule Assistance Association and the Japan-U.S. negotiations are studied within the disciplines of the history of German-Japanese relations, Japan’s political history and American history, respectively. 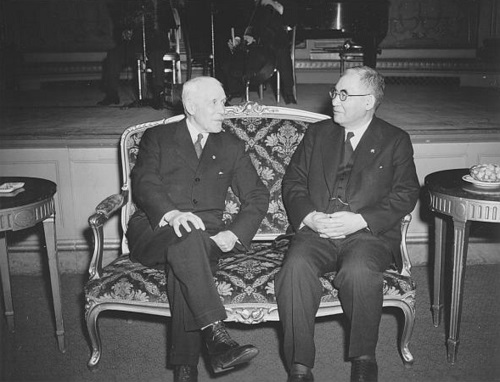 “A long time ago, I stayed in the U.S. for a short while to do some research. I was very excited to find that documents and historical records on Asian countries, including Russia/the Soviet Union, were all housed together in one library. I came to feel that since Japan’s policymakers in the prewar era negotiated with a range of countries, including China, the U.S. and the Soviet Union, a scholar of this period should approach their research from the same perspective. Perhaps that experience is at the root of my feeling that the history of Japan cannot be analyzed without taking China into account.”

Enamored with the power of words

Professor Kato says that her research is characterized by the attempt to accurately deduce the logic of those who expanded the war rather than determine the reasons why the war could not be avoided. Looking at the works she has written, one topic that is constantly seen throughout is that of war. How come someone with such a soft and elegant outward appearance as Professor Kato decided to select war as her area of research?

“I was just a bookworm who liked Russian literature. One day, when reading Thucydides’ History of the Peloponnesian War, I was transfixed by the scene of a rallying speech encouraging young people to go into battle. That speech made me realize that war is what happens when words are honed to perfection and their power is fully mobilized. It dawned on me that this is what I was interested in; I was amazed at how influential and appealing words could be.”

Professor Kato thus entered the world of history, attracted not by weaponry but by the weapon-like power of words. And with what words honed to perfection will she compose her next work, a spotlight on the postwar life of Emperor Showa? 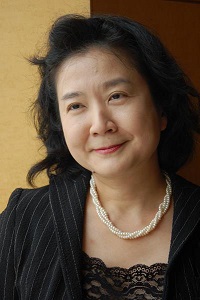