Katsufumi Sato has been fascinated by wild animals since he was in elementary school. For his third-grade summer project he fed sawdust he collected from wood-making factories to beetles, hatched baby beetles, weighed them and compared the masses of things they could pull.

Four decades later, the 50-year-old professor of marine biology at the University of Tokyo's Atmosphere and Ocean Research Institute (AORI) remains just as excited and curious about animals. What's different is that he now has a powerful tool that helps him unlock the mysteries of animal life: bio-logging. 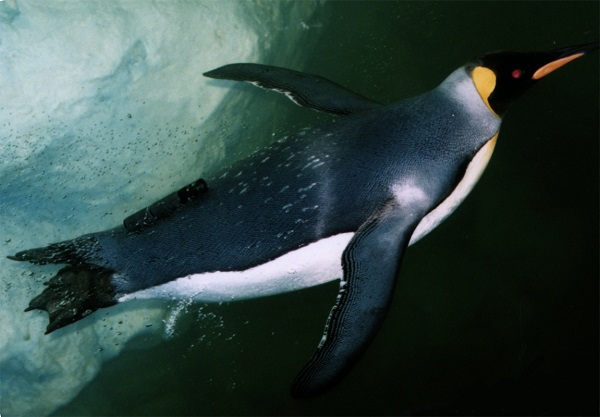 Bio-logging has found that penguins stop their flipper movements halfway through their ascent to the sea surface but still continue their graceful glide upward.
© 2018 Katsufumi Sato.

Sato is one of Japan's foremost researchers in the field of bio-logging, whereby scientists use data-recording devices small enough to be attached to the body of animals to obtain detailed information about their movements, behavior and physiology.

How can chick-rearing seabirds travel hundreds of kilometers away to collect food and then find their way back to their nest without a compass? And how can penguins stop their flipper movements completely halfway through their ascent to the sea surface and still continue their graceful glide upward? Bio-logging has spawned theories to answer such questions by uncovering animal behaviors far out of human sight. 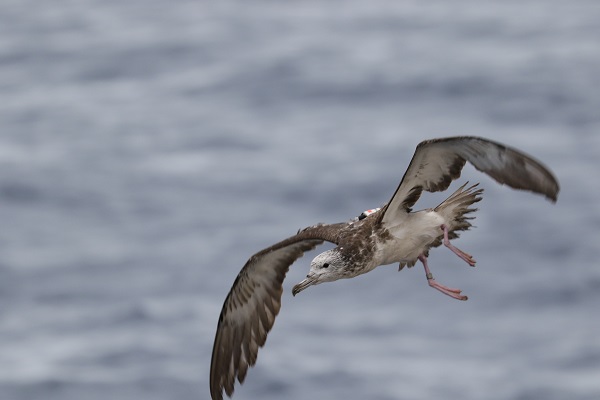 A logger-mounted streaked shearwater is seen off the coast of the Tohoku region in northern Japan in 2016.
© 2018 Yusuke Goto.

"Bio-logging is very different from conventional approaches to biology," Sato said recently at his office on the university's Kashiwa Campus in Kashiwa, Chiba Prefecture. "In conventional approaches, scientists would first think hard on what they want to find out, design an experiment that would fit that goal, then try to elucidate it through controlled experiments. In bio-logging, scientists would put their research questions aside for a moment, and first mount the devices on the animals. When the devices are retrieved, they often show unexpected data."

What's more, animal-borne recorders could someday help with weather forecasting, by offering massive volumes of data on ocean wind conditions and water temperatures, which are either too expensive or too difficult to collect using conventional methods.

The history of bio-logging science dates back to 1964, when U.S. biologist G.L. Kooyman measured the dive depth and duration of Weddell seals in Antarctica using a modified kitchen timer, according to a 2004 paper written by Yasuhiko Naito, then a professor at the National Institute of Polar Research in Tokyo and pioneer of bio-logging science in Japan. 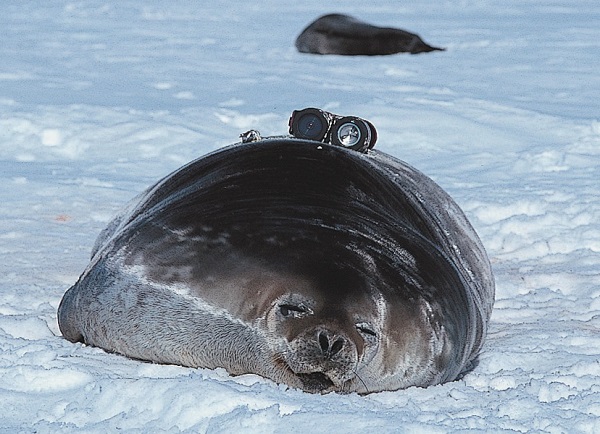 Then between the late 1980s and early 1990s, a technological "revolution" took place in the devices, which made them much more compact and lighter.

Data loggers today are digital and can record not only temperatures, pressure and light intensity, but also videos. Many of them are equipped with GPS sensors to determine location and three-axis accelerometers, much like the ones installed in smartphones to count how many steps we've walked, which have made it possible to quantify animal movements, such as the number of times penguins beat their flippers and seabirds flap their wings.

Japanese researchers, including Naito and Sato, have played a crucial role in the development of bio-logging science, hosting the first international conference on this academic field in Tokyo in 2003. It was during that conference that scientists coined the word "bio-logging" to refer to the use of data loggers to study animal activity.

Many failures before successes

Sato's career has evolved with advancements of data loggers, but it has never been smooth sailing. In 1990, Sato wrote a paper for his undergraduate degree in agriculture at Kyoto University, using two of the devices developed by Naito. It was his first experience with bio-logging.

He attached a box containing a depth recorder and water temperature recorder each on the upper shells, called carapaces, of two sea turtles on a beach in Tokushima Prefecture in southwestern Japan. He also made the turtles swallow a thermometer, to monitor temperatures inside their body. One of the loggers came off and was found caught in a fishing net near the beach five days later. The other turtle—and the logger on its back—never returned.

"I failed to get any data, which made me desperately want to try again," Sato recalled. In his first year as a master's student, he moved the location of his field work to Wakayama Prefecture, to the east of Tokushima and south of Osaka, where he attached loggers on two sea turtles. Again, one of the turtles and the logger on its back were gone for good. The other turtle spat out a thermometer, leaving Sato with little useful data.

"That's when I thought that, maybe the turtles found it too stressful to have the data loggers mounted tightly on their backs and felt like not returning," he said, noting that he came up with a less intrusive method. 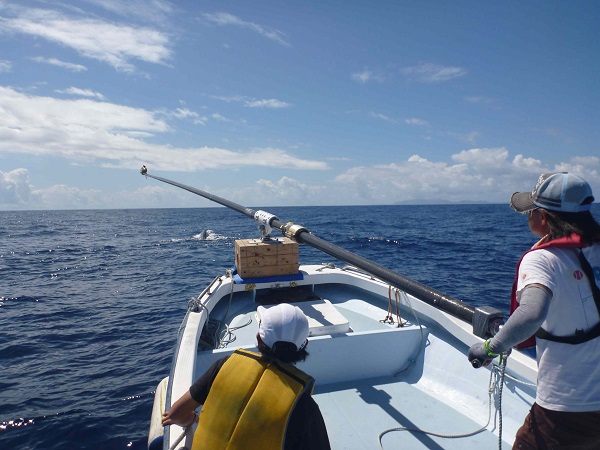 Researcher Kagari Aoki (right) approaches a whale off the coast of the Ogasawara Islands to attach a data logger on its back in 2012.
© 2018 Kagari Aoki.

He glued fixtures that looked and felt like barnacles, which are natural parasites on sea turtles, then mounted the loggers on them. A year later, he was happy to see all four of the sea turtles he had put the sensors on come back to the beach.

"I experienced many failures but was rewarded with small successes as I worked hard to improve my techniques. That's how I got more and more into bio-logging." Today, bio-logging is used by scientists the world over, with several hundred people practicing it globally, including over 20 in Japan, according to Sato. But it has yet to be embraced as a mainstream technique, with some academics devoted to studying a single species for decades shunning it as an "unorthodox" way to study animals, he says.

Studying mammals, turtles and birds in one lab

Sato, however, is undeterred. The researcher, who got a faculty position at AORI's International Coastal Research Center in Otsuchi, Iwate Prefecture, in 2004, currently has 10 students, five postdoctoral researchers and two faculty members in his lab in Kashiwa. They all use bio-logging to study everything from marine mammals, seabirds, sea turtles to large fish. 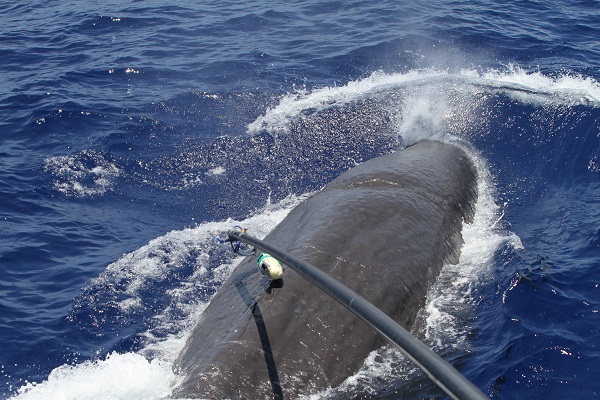 A data logger is seen attached on the back of a sperm whale off the coast of the Ogasawara Islands in 2011.
© 2018 Ryo Ishii.

Kagari Aoki, assistant professor in the lab, specializes in whales, dolphins and seals that inhabit the deep sea. She says she decided to study whales after going on a whale-watching tour to the Ogasawara Islands nearly 1,000 km (621 miles) south of central Tokyo when she was in college and was mesmerized by their gigantic body. "Little is known about the activities of whales underwater, and humans cannot follow them around," Aoki, 38, said. "Bio-logging has enabled us to discover just how fast they swim, for example. Different species of whales also dive to different depths. They must have acquired different survival strategies over time, which I find interesting and have tried to learn about."

One of her findings involves the activity of sperm whales, which are the largest species among toothed whales and known to plunge to the depth of 2,000 meters (6,562 feet). The logger data showed that the whales sometimes stay in a "strange position" close to the sea surface, floating vertically with only their heads or tails under the water. "They are probably sleeping, because they are staying still," she said. "The sleeping mechanism of whales, as basic as it may appear, has not been discovered, and bio-logging is helping us explain it." 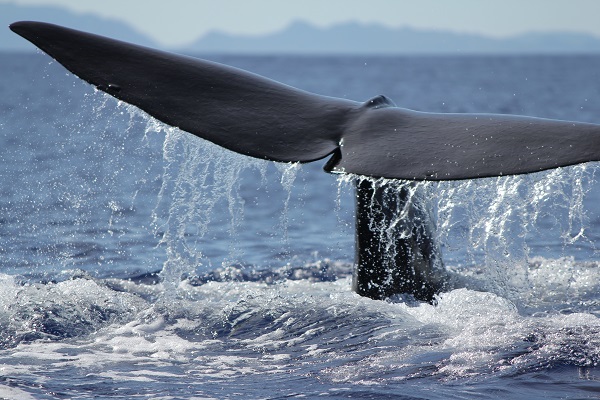 A sperm whale shows its tail in the Pacific Ocean off the coast of Wakayama and Mie prefectures in 2006.
© 2018 Kagari Aoki.

Chihiro Kinoshita, a 27-year-old student in Sato's lab, studies loggerhead sea turtles, whose metabolic rates have been found to vary vastly depending on where they live. "The wintering strategy among loggerhead turtles in the Northern Pacific Ocean is entirely different from ones living in the Mediterranean Sea," Kinoshita said. "Turtles in the Mediterranean become inactive as water temperatures drop, while ones in the Northern Pacific Ocean remain very much active. I'm studying the physiological backgrounds behind such differences."

A "byproduct" of research

Until now, bio-logging has been used mostly to study the ecology and physiology of animals, but it has recently drawn attention for something completely different—for its potential applications in weather forecasting.

Yusuke Goto, a postdoctoral fellow in the lab, studies seabirds, especially the streaked shearwater. Goto has estimated the direction and speed of ocean wind through GPS data taken from birds every minute as they fly back to an island off the coast of Iwate Prefecture in the Tohoku region from Hokkaido farther north, where they travel to get food for their chicks. 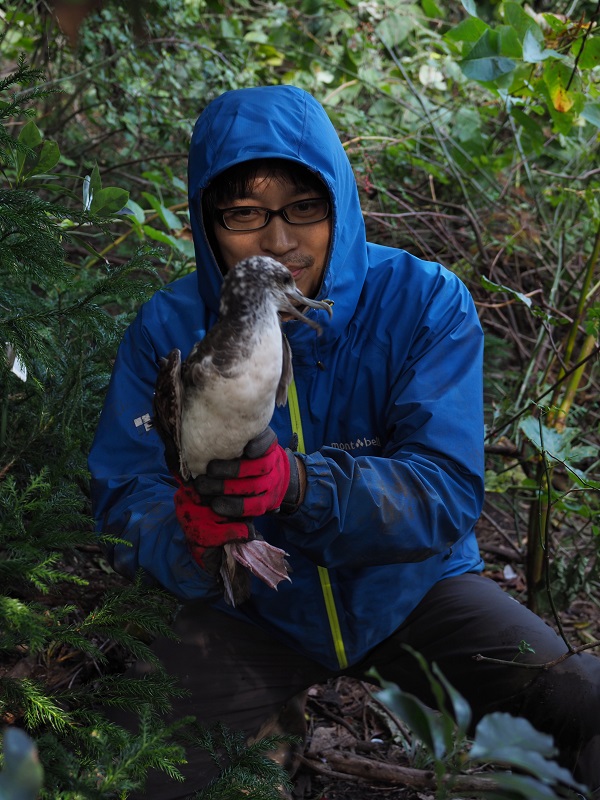 Researcher Yusuke Goto holds a streaked shearwater at Funakoshi-Oshima, a deserted island off the coast of Iwate Prefecture, in 2017.
© 2018 Katsufumi Sato.

These data not only help us understand the navigation strategy of seabirds but also could greatly enhance weather prediction, said the 31-year-old researcher, who received a UTokyo President's Award in March for his work with seabirds.

For the past 2½ years, researchers in Sato's lab, including Goto, have been working with scientists at other institutions, aiming to prove that data from these bird-borne loggers, when they are fed into supercomputers, can indeed improve weather forecasts.

Currently, ocean wind data are extremely limited, Sato said, because satellites can measure them only twice a day and cannot collect data 100 km (62 miles) or less from the coast; satellite signals are diffused when they hit rocks and other hard objects. And meteorological buoys are not practical in the open ocean as they cannot be anchored to the bottom of the sea as deep as 3,000 meters (9,842 feet).

But bird-borne loggers, which can travel great distances, could offer the big data needed for weather simulations.

"The information that could contribute to weather science is a byproduct of our research, but it's a byproduct that carries great value," Sato said. “Wouldn't that be cool if animals could help us forecast the weather better?" 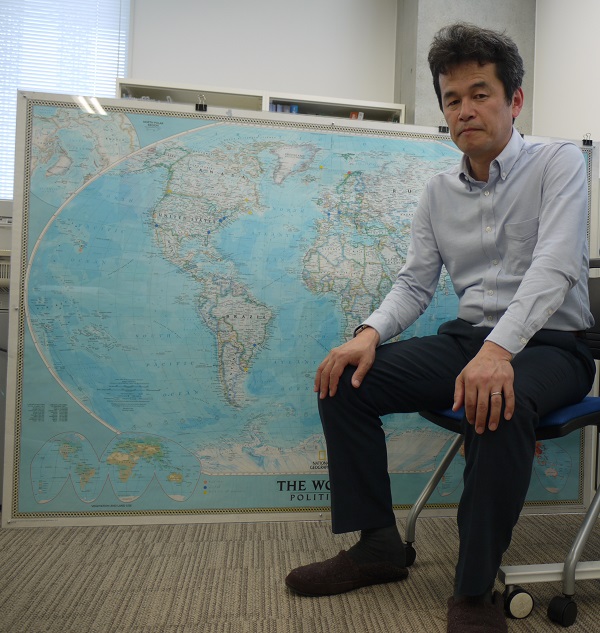 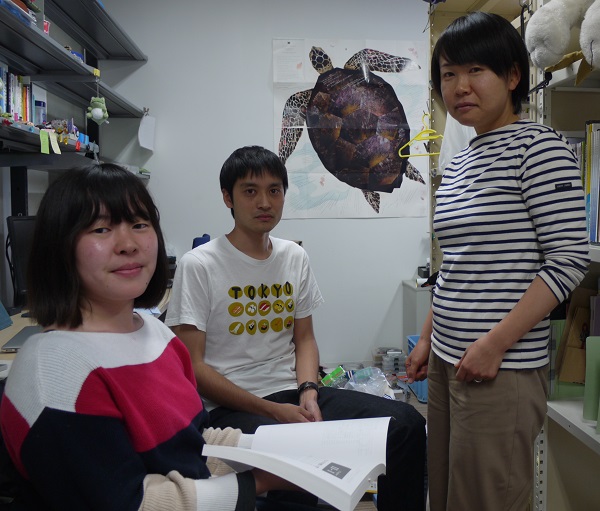 Bio-logging Science, The University of Tokyo