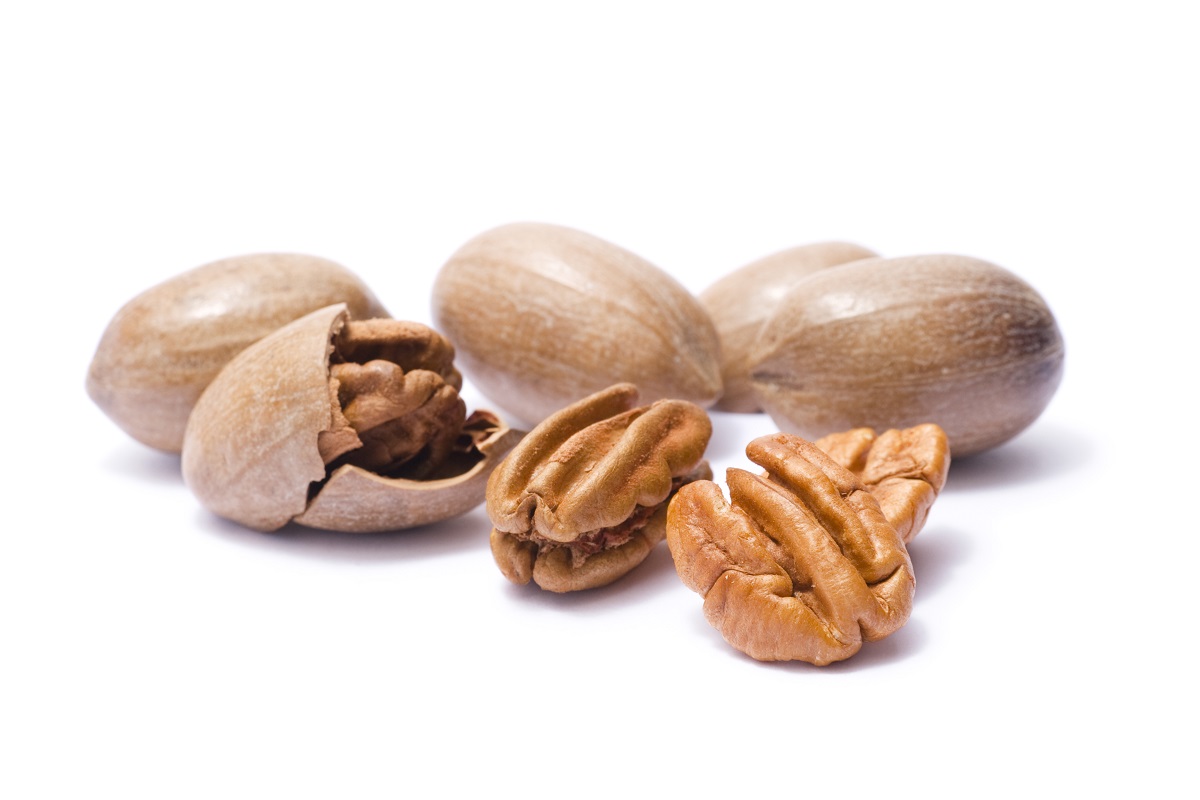 The pecan is a North American deciduous walnut tree, which produces nuts rich in unsaturated fatty acids and healthy fats.

The pecan is a North American deciduous walnut tree. Its seeds, pecan nuts, are sweeter in flavor than walnuts and are said to be more popular than almonds in the U.S. What deserves attention is the pecan nut’s antioxidant power. It’s said to have more anti-aging effect than the walnut, rapidly gaining it popularity in Japan, especially amongst women. However, 100 percent of pecans in the country are still imported, while supply isn’t keeping up with demand.

Project Professor Kazuo Oki’s research group hopes to take up the slack and produce pecan nuts domestically. Pecan nuts are highly profitable, their cultivation requires very little maintenance and you can expect to harvest them from the tree for up to 200 years. For those reasons, they hold great potential as a form of “competitive agriculture” and a suitable alternative for aging farmers, as well as abandoned agricultural land, pasture and golf courses that could receive a new lease of life as farmland. The problem is how to adapt American large-scale agricultural methods to Japan’s climate and agricultural land, which is parceled up into small plots.

Taking up the challenge are engineers from the Institute of Industrial Science and agricultural experts from the Graduate School of Agricultural and Life Sciences. First, the agricultural researchers analyzed the roughly 1,000 different pecan genomes, then chose suitable species for Japan’s climate and soil for test cultivation. Then the engineers developed next-generation drones to assist the agricultural work and established sensing technologies using the pilotless aircraft. They are constructing a production management system optimized for Japan’s temperature, humidity and moisture. Currently, joint field studies of pecan nut plantations are being performed with New Mexico State University and North Bowie Farming, based in the state of Arizona, in the U.S.

Pecan nuts may also be the seed of rural recovery. The group’s first partner is the city of Rikuzentakata, Iwate Prefecture, in northeastern Japan. The pecan nuts are the focus of a joint effort by the university, industry and local government for the city’s revitalization. Japanese confectionery maker and distributor Salon de Royal has set up a company called Golden Pecan in Rikuzentakata to develop new products using pecans. A new hub for the sale, processing and distribution of pecans has started to take root.

Pecans are the talk of the town for their anti-aging power, and the day when homegrown pecan nuts go on the market in Japan may not be so far away.