Capturing the ebb and flow of the world’s rivers 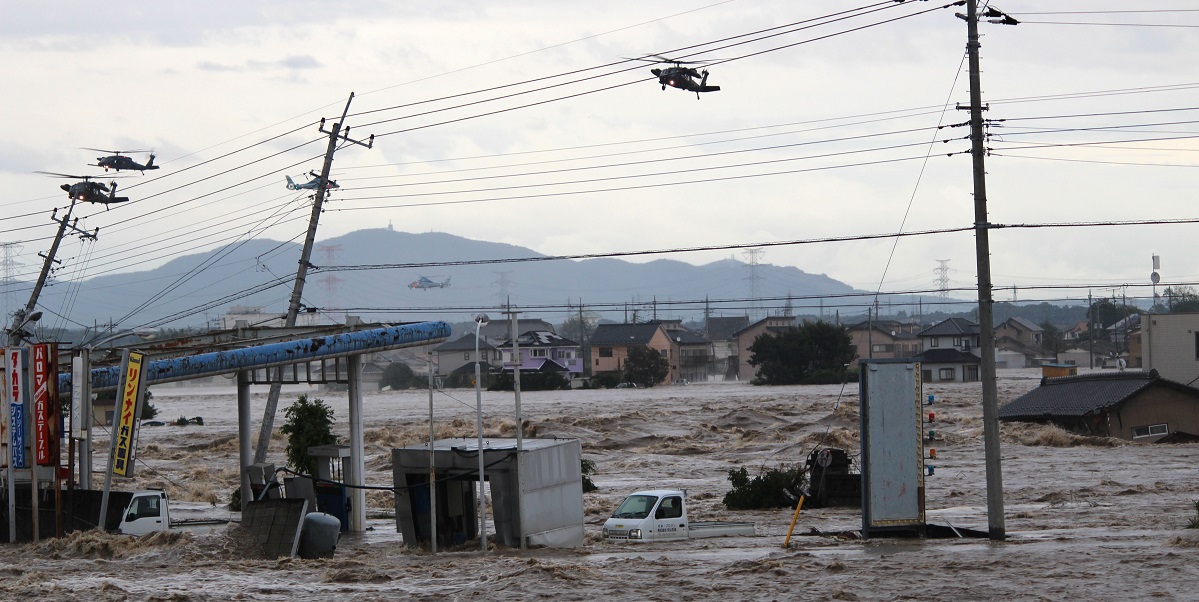 Professor Kei Yoshimura had the opportunity to use his system to predict flooding during the 2015 Kanto and Tohoku heavy rain. In Ibaraki Prefecture’s Joso City, the Kinugawa River flooded and the Self-Defense Forces had to rescue many residents by helicopter.

The Amazon River is gushing as usual, the level of the Nile is lower due to a period of drought, while the Mississippi River is at risk of flooding due to the effects of a hurricane ...

Today’s Earth, a system developed by Professor Kei Yoshimura, allows monitoring the situation of the world’s river systems even from the lab in real time. Its most unique feature is that one can zoom out to get a macro view of the Earth as well as zoom in to see municipalities at a micro level. Any river in the world where there is localized torrential rainfall and the risk of flooding is high will be marked with a red circle, so that anyone familiar with these indications will be able to tell in advance which rivers are in danger of flooding.

Yoshimura started researching floods when he took part in a joint academic and government climate projection project. There, he was in charge of developing the Integrated Land Simulator (ILS) as part of a projection system for understanding the climate in the year 2100. That simulator makes predictions based on the quantitative analysis of the movement of all water on the Earth — whether rain over the surface seeping into the ground and evaporating from plants, flow over the surface into a river, or other scenarios. Being able to get data related to terrain and weather conditions from NASA, the Geospatial Information Authority of Japan, JAXA and the Japan Meteorological Agency has made it possible to construct a highly accurate water circulation prediction system.

The realization that the system could be used to predict flooding came during the 2015 Kanto and Tohoku heavy rain. When trial data was input, the system suggested that the Kinugawa River may flood 39 hours before it did and made a highly accurate flood prediction 15 hours before it did. The accuracy of the flooding prediction was confirmed in 2018 during the Western Japan heavy rain.

Yoshimura said, “While it is highly important to predict what the climate will be like in the distant future, as long as there are people who are suffering from flooding, this system should be used to predict flooding in the near future as well.”

The problem is that, under current Japanese law, the use of flooding forecast systems, like weather predictions, requires the permission of the government. Yoshimura’s struggle to make citizens aware of the flooding prevention system within the current legal framework continues.