Are you happy and productive at work? 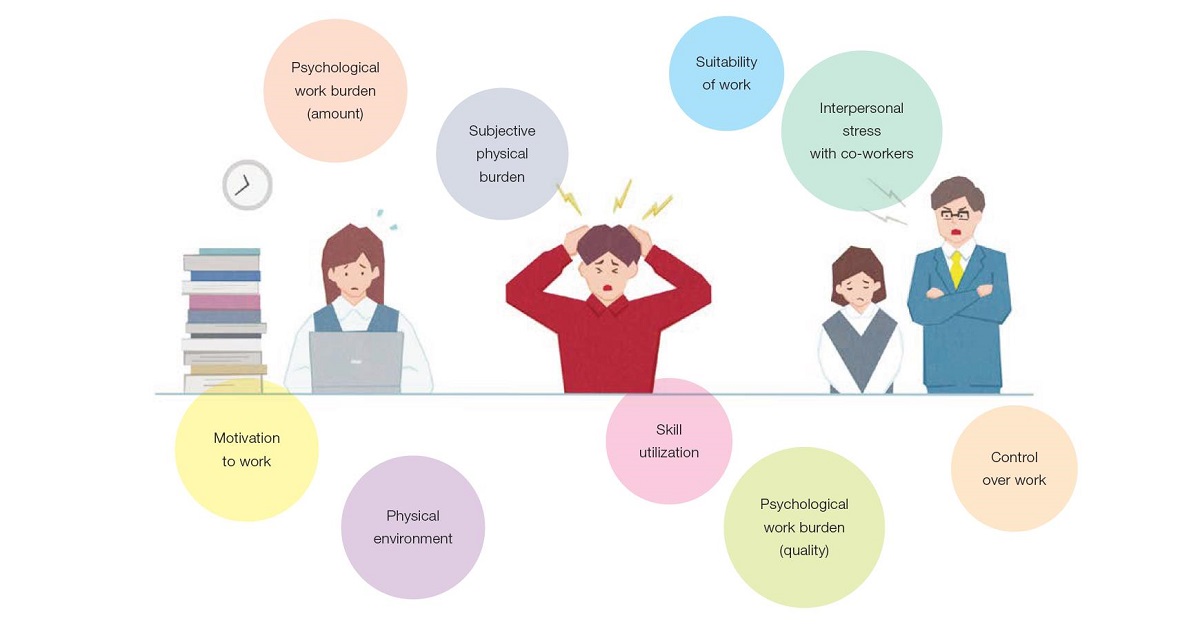 Various factors impact workplace productivity and liveliness: a heavy workload, tasks that require an inordinate amount of concentration, work that involves strenuous physical exertion, poor relations at work and so on.

Dear reader, have you been happy and productive at work recently?

Those of you who could not answer with a resounding “yes!” are advised to check your workplace using the “New Brief Job Stress Questionnaire” created by Professor Norito Kawakami and team.

Kawakami started researching the relationship between workers and stress in the first half of the 1980s. The trigger was when, as an occupational health physician for a big corporation, he treated over 400 people with depression and adjustment disorder in three years. In the 35 years since, he’s been following workers suffering from workplace stress, and in 2012, in order to prevent depression, he developed an internet manga program for cognitive behavioral therapy. A corporation that trialed the program managed to reduce the number of cases of depression by 80 percent in the course of one year.

Kawakami’s team’s latest research theme is how to create a productive and lively workplace. The point is to target not the individual worker but the workplace organization as a whole. The reason is that many psychological problems seen amongst workers in recent years are not so much individual problems but more obviously caused by the workplace environment.

According to Kawakami, Japan’s workplace communication started declining rapidly from around 2005. An American-style merit system was adopted and Japan’s corporate culture of cooperation started to erode rapidly. Corporations did not give credit to helping out colleagues. Individuals had to produce results alone, focused on their own work and cut off from those around them. And it seems that Japanese workers are just not suited to this individualistic working style.

Fortunately, nowadays more corporations have become aware of this problem and participate in Kawakami and his team’s positive mental health forums and public talks. They understand that poor workplace communication not only does harm to workers’ mental health, it also lowers productivity. “Japan’s working population is now decreasing rapidly, so it is important to treat each individual worker with care to maintain sustainable economic growth,” said Kawakami with conviction.