Conserving historical materials for the future 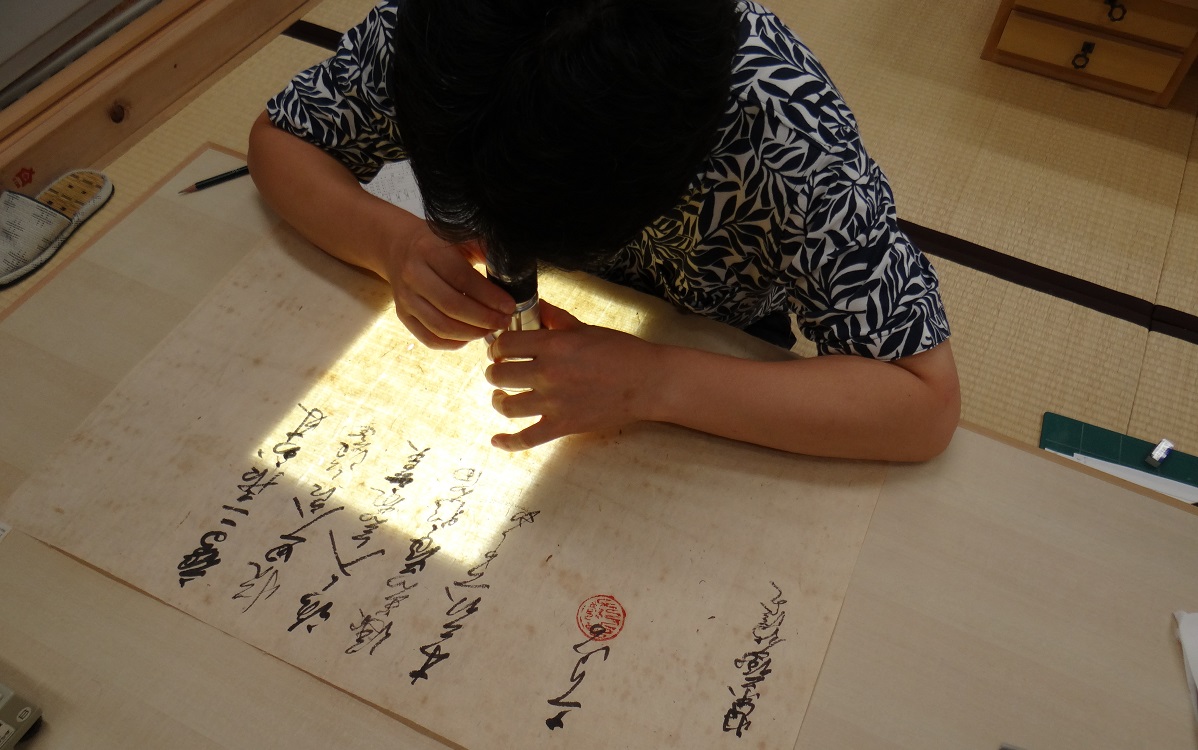 A conservationist uses a microscope and transmitted light to examine the fibers of washi Japanese paper to determine its composition. At the Historiographical Institute, research related to the restoration of the Shimazu family documents, a National Treasure, has been ongoing since 2015.

The Historiographical Institute collection consists primarily of the many facsimiles created of historical materials from all over Japan in the past 100 years and more, along with original documents and photographs added through gift, transfer of ownership and purchase. Amongst them are many that, over the centuries, have been damaged or have deteriorated. One such example is Nakanoin Ipponki, the original handwritten diary of the aristocrat Nakanoin Michifuyu (1315-63) who lived during the upheaval of the Northern and Southern Courts Era. In order to preserve this historical document for the future, staff spent five years from 2011 to 2015 on research and repair.

The restoration of a historical document starts with reading what is written in it. While the diary text was of course read, so was the text written on the reverse side of the paper. In times when paper was valuable, letters received or notes were turned over and reused. Furthermore, the type of brush and ink used in writing the main and reverse texts, and the form of the paper before it was reused in the diary was thoroughly analyzed. After that, the paper as a whole was repaired and the pieces of the puzzle started to fall into place when the condition was restored to its original form as much as possible. As a result of this careful work, the Nakanoin Ipponki was recognized as an Important Cultural Property in 2017, and the diary’s main text was included in the Old Diaries of Japan series published by the Historiographical Institute since 1952.

The Historiographical Institute makes use of the restoration process to conduct research that can only be done when dismantling materials and restoring materials to their original condition. The institute also shares its know-how with other organizations, including on how to preserve glass photographic plates used before the switch to film and digitization of historical data.

“Our mission is to use traditional methods and the latest technology to pass on to future generations the historical materials that form the basis of history research,” said Professor Yoko Matsui, head of the Historiographical Institute’s technological division.