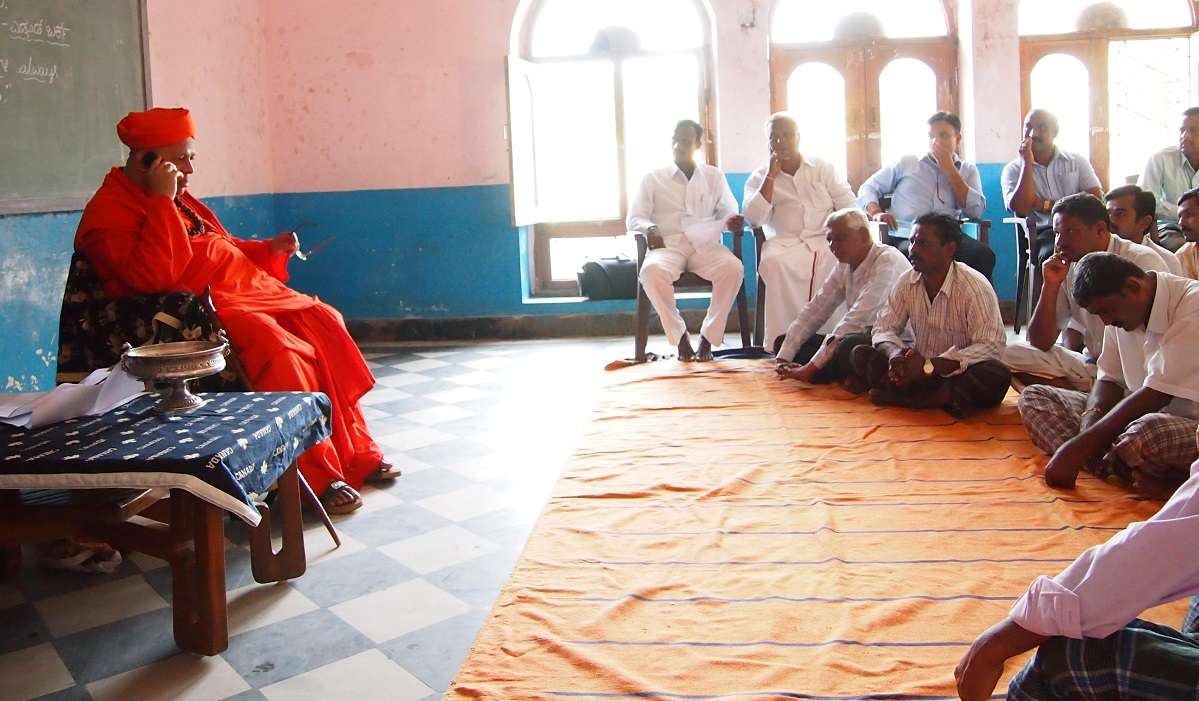 At a law court, a guru listens to local farmers’ representatives air their woes with mining companies.

Associate Professor Aya Ikegame started researching India’s religious leaders, called gurus, over 10 years ago. “Mention ‘guru’ and a lot of people will think of people with global influence such as Sai Baba and Maharishi. But each region of India has many religious sects and various gurus for each caste who hold substantial influence over regional communities,” said Ikegame. Amongst them are gurus who run schools for those who can’t afford an education, those who establish hospitals offering free treatment, gurus who fight for the rights of the discriminated and repressed Dalit group, and so on. There are many gurus who do charity in areas outside of the religious field.

In Karnataka State, Ikegame met a guru who ran a law court and helped to mediate local issues every Monday.

Ikegame elaborated: “A mining company sends many trucks of iron ore through the surrounding area, posing a risk to local villagers who wanted them to build a proper paved road. But the mining company said it couldn’t pave the road without the permission of the local government. Upon hearing that, the guru called the government officer in charge of civil works and the supposedly six-month wait for the permit was shortened to two days. The power of the gurus is quite impressive.”

For developing countries, rather than support via a top-down approach, it may be better to have a bottom-up “post-development” approach where the local community is involved in supporting and improving its basic way of life. For that, Ikegame’s research, which focuses on the role of the guru in Indian society, provides pointers as to a suitable way of supporting development.