Approaching the Self from the Life Sciences | UTOKYO VOICES 002 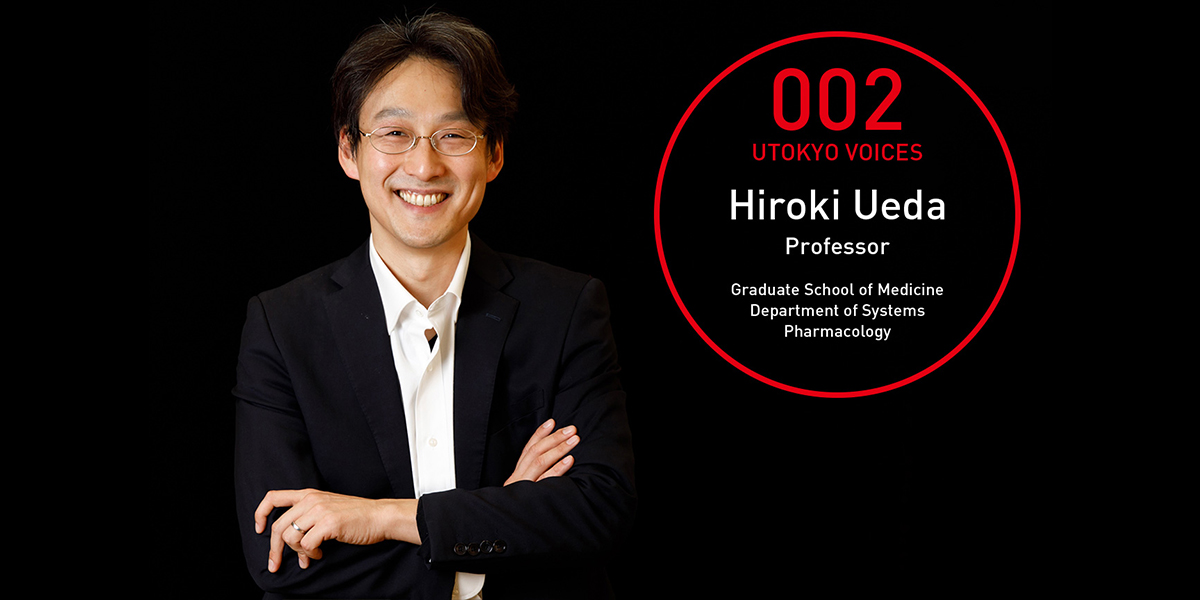 Approaching the Self from the Life Sciences

Imagine a mouse that is completely transparent, as if made of gelatin; and not only transparent, but with each cell of its internal organs fully observable. The technology for making mice completely transparent was developed by Professor Ueda’s research team, and has aroused the interest of medical researchers all over the world. This technology, which has raised hopes regarding its potential in analyzing how cancer cells metastasize, was actually an unexpected byproduct of other research.

Originally, Ueda was trying to make brains transparent. He was observing clock cells to try and find out how the timing of sleeping and waking is determined. The biological clock also controls other physiological phenomena such as body temperature and blood pressure in roughly 24-hour cycles, and numerous scientists are engaged in studying it from many different angles. Ueda focused on its sleeping and waking function because “When humans are awake, we are conscious, and when we are asleep, we are not. My thinking was by that studying sleeping and waking, we may come to a more complete understanding of what consciousness and the self really are.”

But why does he want to enhance understanding of consciousness and the self? Ueda says it started with questions he had while still an elementary school student. “When you’re very young, you don’t treat your own existence as being different from the world around you or from other people. However, at some point, we realize that we exist separately from the world around us. From that time, I began to wonder where I came from and what I was.”

Perhaps it is a question that crosses the minds of many young people. Even so, its immense scope and profundity mean that few continue to pursue it, and those who do usually approach it through philosophy, literature or art; however, Ueda is approaching this nebulous problem using the tools of science.

When he was a student, Ueda decided to study biological time through physics, and began researching biological clocks in medical school. Later, he worked at a computer science lab and pharmaceutical company, learning knowledge and techniques that were not readily available at a university lab. At the young age of 27, he became the leader of a research team at RIKEN. He has solved several long-standing puzzles regarding biological clocks, and just recently announced a revolutionary discovery that defies conventional wisdom.

“Yet I would say that actually I’ve only just approached the starting line regarding the question of what the self is,” says Ueda. “To be sure, the goal is difficult to discern, and treading the path to it is somewhat like wandering about in a fog.” Isn’t it difficult to make progress when you can’t see what lies ahead? “You make your discoveries based on the findings of your predecessors. I’m still a long way from the answers I’m looking for, but I do get the real sense of getting closer and closer, rung by rung of the ladder.”

Aware that the journey is endless but with a solid footing, Ueda seeks to examine this fundamental question using science. The ladder may just break through the clouds sooner than expected. 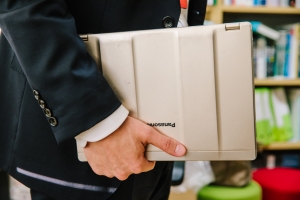 Ueda says he does not have anything he would call his favorite item. Taking a light champagne-gold laptop computer from out of his full bag, he says, “If there’s something I take with me everywhere, I guess it would be my laptop.” 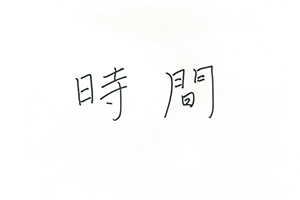 “I was especially fascinated by physics at high school. Physics is a discipline that deals with time, so I decided to approach the questions of what self and life are from the starting point of 'biological time.'”  [Text: Jikan (time).] 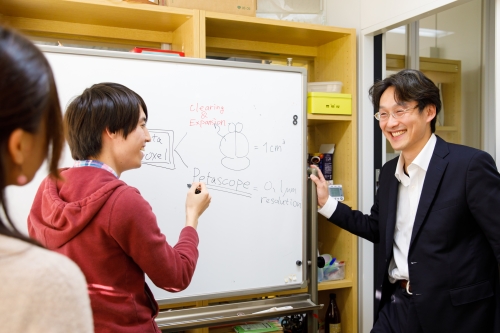 Hiroki Ueda
Hiroki Ueda entered the Faculty of Medicine of the University of Tokyo in 1994. While still an undergraduate, he engaged in research at Sony Computer Science Laboratories and Yamanouchi Pharmaceutical. While enrolled in the Graduate School of Medicine and Faculty of Medicine, he became leader of the RIKEN systems biology research team. Since then he has led the biological clocks research group and has continued to produce world-leading results in the fields of systems biology and synthetic biology. He has been a professor at the Department of Systems Pharmacology, Graduate School of Medicine, the University of Tokyo, since 2013.