Interest to be Found Even in Adversity | UTOKYO VOICES 025 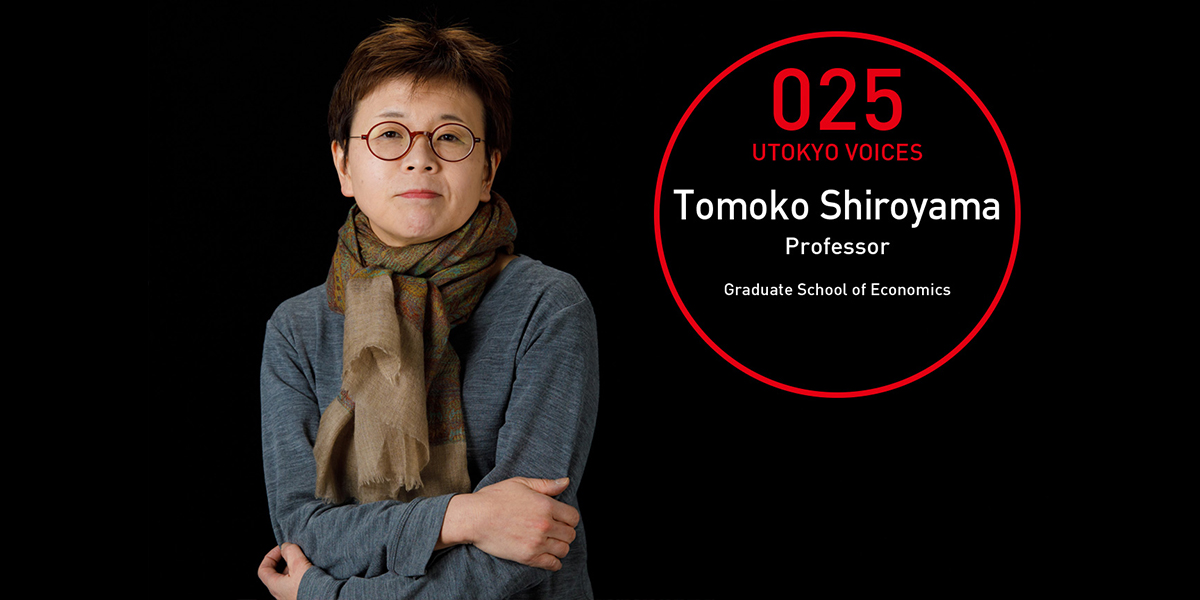 Interest to be Found Even in Adversity

Professor Shiroyama loved reading from childhood. Doctor Dolittle, Paddington Bear, and other books drew her into unknown worlds, creating a sense of adventure as she explored unknown lands. “This desire to know, to go and see, links directly to my research,” she explains.

During spring vacation in her fourth year at the University of Tokyo’s Faculty of Letters, she and her mother traveled to China. Despite being just a few hours away by plane, China at the time was a completely different world, and Shiroyama realized she wanted to learn more about the “strange parts” of China.

She thought it would be interesting if she could carry out research that fused the “three faces of China that make the country what it is today”—its long history, Communism, and being a developing nation—so decided to specialize in Asian history. But then, right before she was due to go to China to study, the Tiananmen Incident forced her to quickly change her plans to Harvard. At the same time as this unplanned study of Asian and Chinese history from a Western perspective, she was drilled into a completely new method of inquiry, requiring her to posit, verify, and debate hypotheses.

“It was really tough,” she admits, but says it built up her “research muscles,” and what she learned about how to read materials, write papers, and hold debates serves her to this day. Shiroyama is unique in that while her original focus was on history, most of her research is comparative research with a focus on Asian economies. History is “a discipline that listens” to what was, as it was, while economics is “a discipline that analyzes” hypotheses. The economic history Shiroyama looks at requires both, a balance she says is difficult to achieve.

At present, Shiroyama is the principal investigator in a large-scale project of comparative studies on the theme of the hydrosphere and socioeconomics in modern Asia. Developments in IT have made it possible to carry out a range of simulations and data analyses, making it quite easy to conduct comparative research that encompasses various uniquely Asian horizontal connections and diversities. Shiroyama says she wants to academically disseminate research results that look to the present and future of Asia while discovering the axes of Asia—its unique view of time, cycles, and economic development. “I’m the principal investigator, so I want to reach out to the younger generation while still valuing open, mutual understanding with a diverse range of researchers. I want to expand the role Japan plays, bringing in all sorts of people and making it a center not of one country’s history, but a region’s history.”

While the huge and bureaucratic communist nation of China holds a vast amount of records, information disclosure and cooperation are often at the mercy of changes in eras and political situations. “These experiences are also opportunities for me to form my own ‘view of China,’ so meeting adversity can also be interesting,” she says, laughing.

Shiroyama loves eating, drinking, and cooking, and her dream after retirement is to go on a tea and food tour, following the Ancient Tea Horse Road, the famous tea trading route passing through China’s Yunnan and Sichuan provinces and Tibet, Myanmar, Nepal, and India. She adds, “You have to remain healthy until you die to do what you want to do,” which includes her research of course; so these days, while saying how very unsuited she is to it, she’s become just as dedicated about going to the gym. 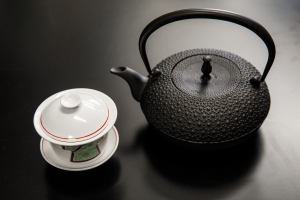 This is a traditional Chinese gaiwan (lidded cup) Shiroyama got in Hong Kong. Having publicly declared her love for the drink, people often send her all sorts of teas, which fill her office with their fragrance. 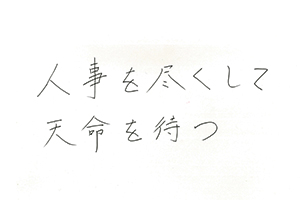 [Text: Jinji wo tsukushite, tenmei wo matsu (“Do your best and leave the rest to Providence”)]: This means to do your best, and wait on heaven to determine the outcome. Shiroyama’s mother was also an economist, born to a family which boasted a diplomat posted to China before the war and a banker, and she used this phrase often—one which Shiroyama took up and also made her own. 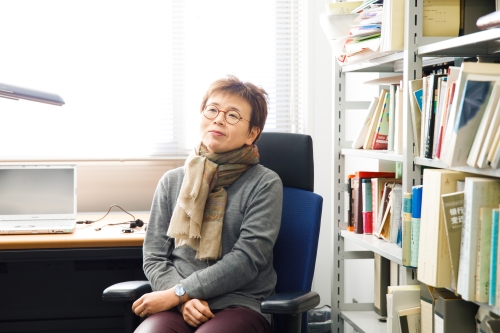 Tomoko Shiroyama
Graduated from the Faculty of Letters, the University of Tokyo, in 1988. Obtained a PhD in history from Harvard University in 1999. Served as assistant professor in the Faculty of Letters, Hokkaido University, then associate professor and later full professor in the Graduate School of Economics, Hitotsubashi University. Appointed to her current post in April 2014. Her specialist areas are Chinese and Asian economic history. Her China during the Great Depression: Market, State, and the World Economy, 1929-1937 has also been published in Chinese and Japanese translations. In parallel to her personal research into the relationship between the Chinese and world economies, she is also carrying out comparative research on issues revolving around water in monsoon climates in a group project, “The Hydrosphere and Socioeconomics in Modern Asia - Exploring a New Regional History Using a Database and Spatial Analysis.”