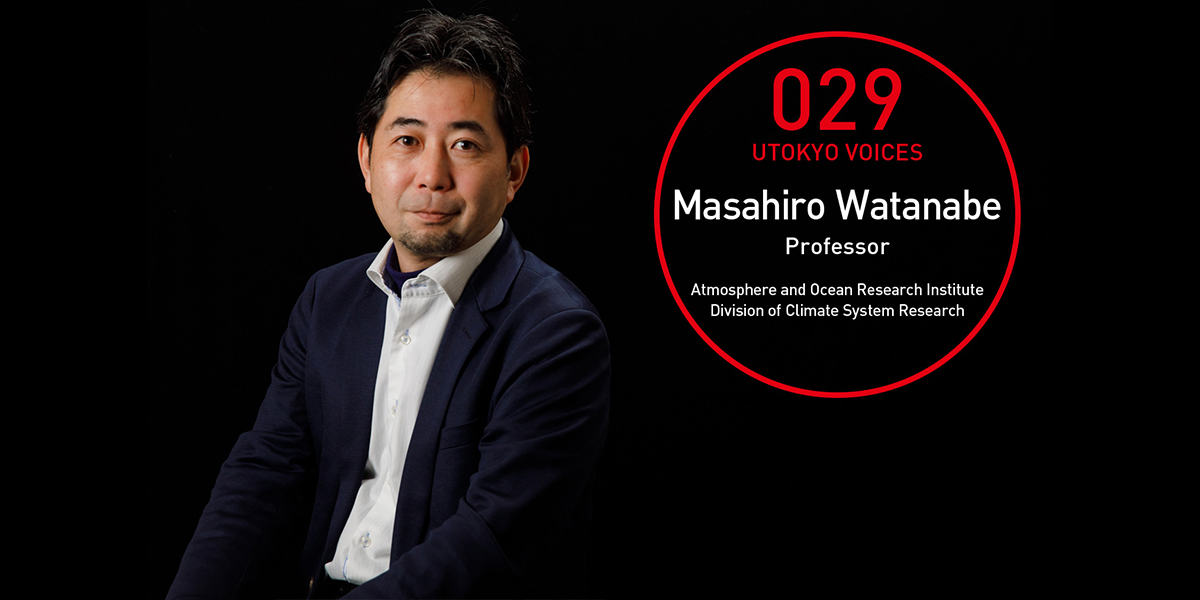 Fresh Ideas for Investigating the Causes of Global Warming

How great a risk to humanity is global warming? “Warming caused by human activity is proceeding, and that’s a fact,” says Professor Watanabe, “so, as a climate scientist, I needed to find out why a hiatus in global temperature rise is occurring.”

From about 2000 until recently, atmospheric concentrations of greenhouse gases were rising, yet temperatures were not. This phenomenon has breathed new life into skepticism regarding the view advocated by the Intergovernmental Panel on Climate Change (IPCC) and others that global warming is ongoing and CO2 is the main culprit.

Watanabe’s group is among the scientists on the global front lines of the quest to find the causes of the hiatus. According to a simulation using the latest general circulation model, a natural 10-year climatic cycle in the tropics accounts for the hiatus, as argued in an article in the journal Nature Climate Change in 2014.

In his high school days, Watanabe was interested in archaeology’s attempts to solve the mysteries of the origins of civilization, as well as efforts in evolutionary science to find the origins of humankind. When he entered university, however, Watanabe recalls, “I couldn’t make up my mind whether to study evolutionary theory, a science subject, or archaeology, which is a humanities discipline. I went with science, but without really committing myself.” Overcome by a kind of apathy, Watanabe says, “I spent a year traveling the world, and as a result had to repeat a year.”

“In my third year, a young professor arrived from the University of Tokyo. He showed us a graph plotting meteorological data from around the world that rendered visible the incidence of unusual weather phenomena such as droughts and flooding. Until that time I’d held little interest in the weather or climate, but I found what he was presenting fresh and interesting.”

From that time on, Watanabe has been working to elucidate the mechanisms of global climate fluctuation. For his doctoral thesis, Watanabe conducted numerical research into the mechanisms of 10-year atmospheric and oceanic cycles. He illustrated these phenomena by producing a simulation of the variations in ocean surface temperature over 10- to 20-year periods.

As a result, Watanabe explains, “event attribution enabled me to conduct a quantitative evaluation whereby it could be expressed as a percentage how much global warming had facilitated the occurrence of a given unusual weather event. For example, there was a series of heat waves and high-temperature events all over the world in 2017. My research showed that if global warming had not been ongoing, none of them would have occurred. This was the first time a figure of 100% had been found. These results, along with the same kind of research results from the United States, were covered in Nature as a recent hot topic in the science community.”

“These days, general circulation models and supercomputers have become available to everyone,” Watanabe continues. “This makes it easy to use and edit observational data and quickly render them visible. So the important thing is what you can find in these models and data that anybody can use. Ideas are the key to solving problems. Use all the tools at your disposal. You’ll never forget the moment when you realized that your idea was correct.”

“Currently, I’m interested in developing more accurate forecasts of how the climate and weather will change over the next 20 to 30 years,” says Watanabe. The efforts of Watanabe and researchers like him form part of the quest to sustain stable societies amid a changing climate. 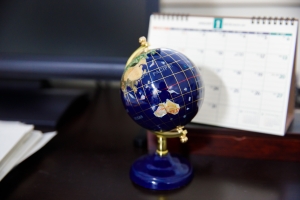 A little over 10 years ago, on a stroll through Yokohama’s Chinatown, Watanabe chanced on this globe. What caught his eye was the assortment of different-colored stones embedded in it. Today when he looks at this globe with its mosaic of stones, Watanabe thinks of the many ways in which climate change affects the direction societies take. 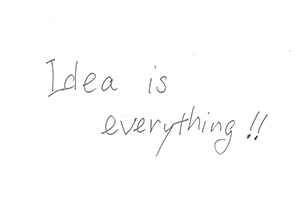 [Text: “Idea is everything!!”]
The vast majority of ideas turn out to be garbage. Yet nothing worthwhile starts without one. Ideas can come to us on the train, in the bath, or even when sleeping. Says Watanabe, “I used to write my ideas down. These days I don’t. I figure if I forgot it, it wasn’t much of an idea to begin with.” 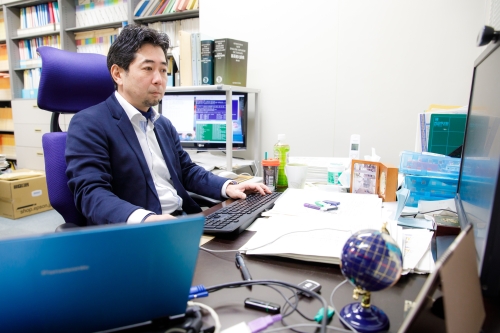