The Challenge of Trying to Predict Earthquakes | UTOKYO VOICES 031 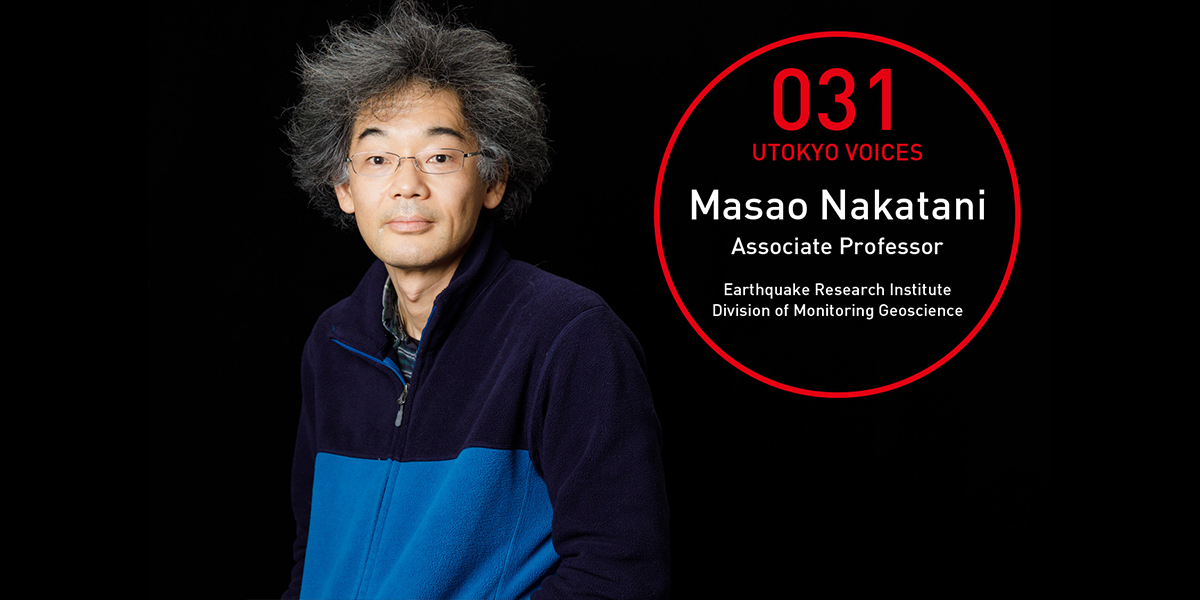 The Challenge of Trying to Predict Earthquakes

When Nakatani had to decide on a topic for his graduate school entrance studies, he came across a publication titled The Physics of Earthquakes. The book included details of the well-known “experimental rock mechanics” by Kiyoo Mogi, former Director of the University of Tokyo's Earthquake Research Institute. He found that when rock formations are subjected to pressure, tiny fractures start developing throughout the rock that eventually merge and create a crack in the rock, destroying it. Nakatani remembers how fascinated he was with the topic: “This theory meant that it was actually easier to predict when complex formations like rocks are going to break up.”

While Nakatani has been the driving force behind much innovative research, there is one study that he has found most rewarding. Ever since their discovery in 1979, rate- and state-dependent friction laws have formed the dominant theory on earthquake mechanics. Yet nobody was able to clearly explain the physics behind those laws, until graduate school student Nakatani found the answer. “I was doing a different experiment, and by chance noticed the reason why those laws could not be properly explained.” The laws of friction define friction as how strongly two surfaces remain in contact with each other; however, in formulas, friction was defined as the force that the surfaces were subjected to. The fact that these two were not viewed as different forces seemed to be the source of confusion. Nakatani’s description of the laws of friction was praised for its significance and the physical mechanism it posited, and has become the accepted standard in the field of friction mechanics.

After joining the Earthquake Research Institute, Nakatani focused his research on the monitoring of the frictional strength of rocks. Frictional strength is determined by the area of two surfaces in contact. For metals, this contact area can be determined from the electrical resistance; however, electricity does not flow through rocks. Instead, Nakatani successfully used ultrasonic waves to measure the frictional strength of rocks in a similar way to metals. “This was the only point in my career where the results came out exactly as predicted by theory,” he recalls.

Nakatani explains that when he was a child, he loved categorizing events from a statistical perspective and thinking about overall logical processes behind them. Through his studies he also discovered two things of great importance to him: taking an unbiased approach to data, and fully appreciating the obvious. “If the results obtained are not immediately obvious and are different from the predicted figures, then there is meaning in finding out more. There might be something new to discover by thinking about why something happened or why the results were not as expected.” Nakatani’s key strengths are no doubt his inherent curiosity, his great insight, and an unflagging commitment to ongoing experimentation.

Today Nakatani is focusing his efforts on trying to predict earthquakes. “There has been much debate as to whether earthquakes can be predicted. Recently, a professor at Hokkaido University discovered changes in patterns throughout the ionosphere around one hour before a major earthquake hits, and this has significantly raised the possibility that, in principle, earthquakes can be predicted,” explains Nakatani. “Thus, my research is based on the premise that there are specific events that occur in the lead up to an earthquake. All that is required now is an explanation of the mechanisms behind that process.” 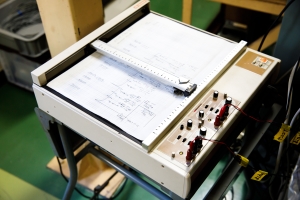 This is an XY plotter that has been used for more than 30 years. The X axis represents the amount of motion and the Y axis the magnitude of force applied to the plane of movement. Notes are penciled onto the paper when specific circumstances are identified to determine the next experimental step. “It’s different from a computer screen and easier to use, because you can write down notes manually which makes it easier to organize your ideas.” 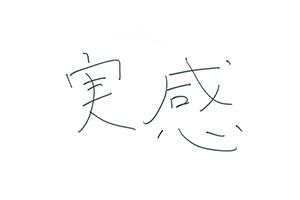 [Text: Jikkan (“Personal experience”)]
“I am of the belief that it is difficult to discover something without actually experiencing it personally.” Nakatani states that such personal experiences are, for him, limited to those that are visible or can actually be felt physically. However, this varies from person to person, and “mathematicians may even be able to personally experience abstract universes comprised of only numbers.” 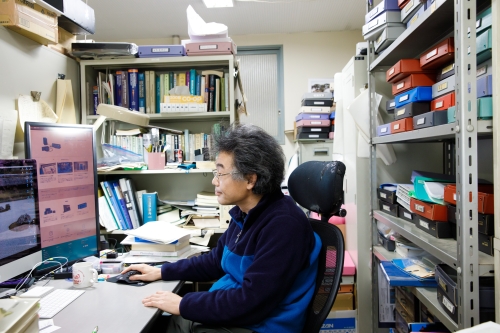 Masao Nakatani
Completed a doctorate at the Department of Earth and Planetary Sciences, Graduate School of Science, University of Tokyo in 1997. Studied as a research member at the Lamont-Doherty Earth Observatory of Columbia University before becoming Assistant Professor at the Earthquake Research Institute, University of Tokyo in 2002, and then Associate Professor in 2008 (current position). Currently working on laboratory and theoretical studies of the physical and chemical mechanisms of time-dependent effects on friction in order to explain a variety of earthquake phenomena. Also developed a non-destructive technique for monitoring the internal state of a frictional interface, which may be useful in detecting the pre-slip area preceding large earthquakes. Known for his research in monitoring micro-fractures in deep rock formations near mining faults.