The Importance of Art in Science | UTOKYO VOICES 032 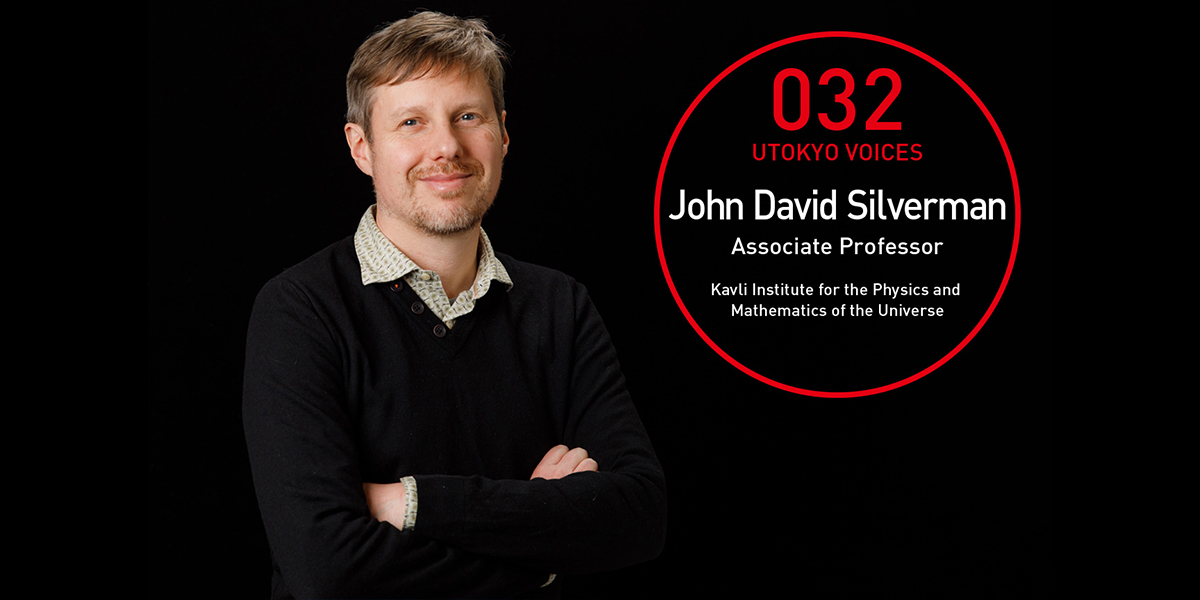 The Importance of Art in Science

John David Silverman’s father was a theoretical physicist at IBM who made contributions to diverse fields including material science and computational biology. He was also a music lover who played the clarinet and piano. He had an influence on his two sons, with the eldest becoming a guitarist and Silverman a scientist. Silverman enjoyed stargazing through an astronomical telescope, and since his childhood has dreamed of “unraveling the mysteries of the universe.”

In his research, Silverman uses extremely large optical and infrared telescopes, such as the Subaru Telescope, the Keck Observatory in Hawaii, and the ALMA (Atacama Large Millimeter/submillimeter Array) in Chile, as well as space telescopes, including Hubble, Spitzer, and Chandra. His ambitious research theme is “Exploring how galaxies have been born and have grown throughout the history of the universe.” His research efforts, which are based on international cooperation, have been successful. His team has revealed that supermassive black holes and galaxies coevolve, even in the young universe and likely in an environment that is the same as that of today.

Silverman’s wife, whom he met in Boston and married in Virginia, is Japanese and trained as a contemporary artist. Her works using watercolors bring to mind the universe reflected through large telescopes. “As galaxies age, the color of their light changes from blue to red. I think the enormity of the universe, with galaxies which vary in color and size, is of scientific interest, and also stimulating to the artistic mind,” says Silverman, talking of the affinity between art and science. In addition to taking 2D images, one also determines the distance, hence the spatial distribution of galaxies in 3D. Thus, the artistry of Silverman’s research results has spread from pictures to solid structural works. He hopes more people become aware of the beauty of the universe.

Silverman’s research, which tackles the mysteries of the universe, requires a heightened sense of tension and an exceedingly high level of concentration. “That is why having fulfillment with time off is important, in that it lets you unwind for a bit and recharge,” insists Silverman. He aspires to improve his ability to switch between work and time off.

Silverman has the chance to travel the world for observations, to give presentations, and attend conferences. He takes an interest in each city he visits. Out of a desire to record the scenery of the countries he visits, he purchased a digital single-lens reflex camera. Taking time off from his tough schedule, he photographs cityscapes. In Tokyo, he is particularly fond of the shitamachi (downtown) areas, such as Yanaka, which have a sense of history.

In Japan, he is pursuing joint research with many universities, including Tohoku University, Ehime University and Osaka University. Visiting hot springs in various areas in his free time is one of the additional pleasures of business trips. “Since arriving in Japan, I have become enamored with hot springs,” says Silverman. Even on family trips, he often visits hot springs, such as those in Hakone and the Dogo Hot Spring that provided the inspiration to read Natsume Soseki’s Botchan, which is set in Matsuyama. He has much interest in Japanese literature, which includes works by Kawabata Yasunari and Dazai Osamu.

Silverman’s current research aims to find out how supermassive black holes grow from the large-scale matter distribution in the early universe. Just as outer space is expanding, his ambitions continue to broaden as his research progresses. 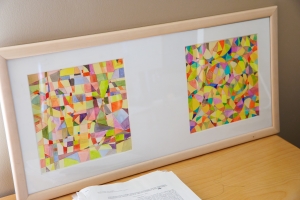 A work by Silverman’s wife entitled “The Color Study” adorns the desk of his research office. The rich colors with their subtle changes and the sense of space in the works evoke the spread of galaxies through space as seen through an extremely large telescope. 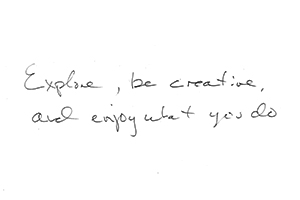 [Text: “Explore, be creative, and enjoy what you do”]
Excitement is the driving force behind his research, and Silverman aims to keep creating things of value and enjoy himself while doing so. The maxim sums up his outlook on life. 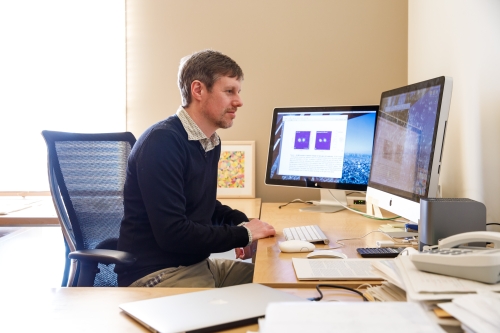 John David Silverman
In 1992, Silverman obtained a bachelor’s degree in Science from the University of Massachusetts Amherst. In 2000, he obtained a Master’s, and in 2004 his doctorate, in astronomy from the Graduate School of Arts and Sciences, University of Virginia, Charlottesville. In the same year, he acquired a post with the Max Planck Institute in Garching, Germany. In 2007, he moved to ETH Zurich and advanced research to examine the role supermassive black holes play in the evolution of galaxies. In 2009, he came to Japan to take up the post of project assistant professor at IPMU, the University of Tokyo, and in 2017, he was appointed to his current role of associate professor.