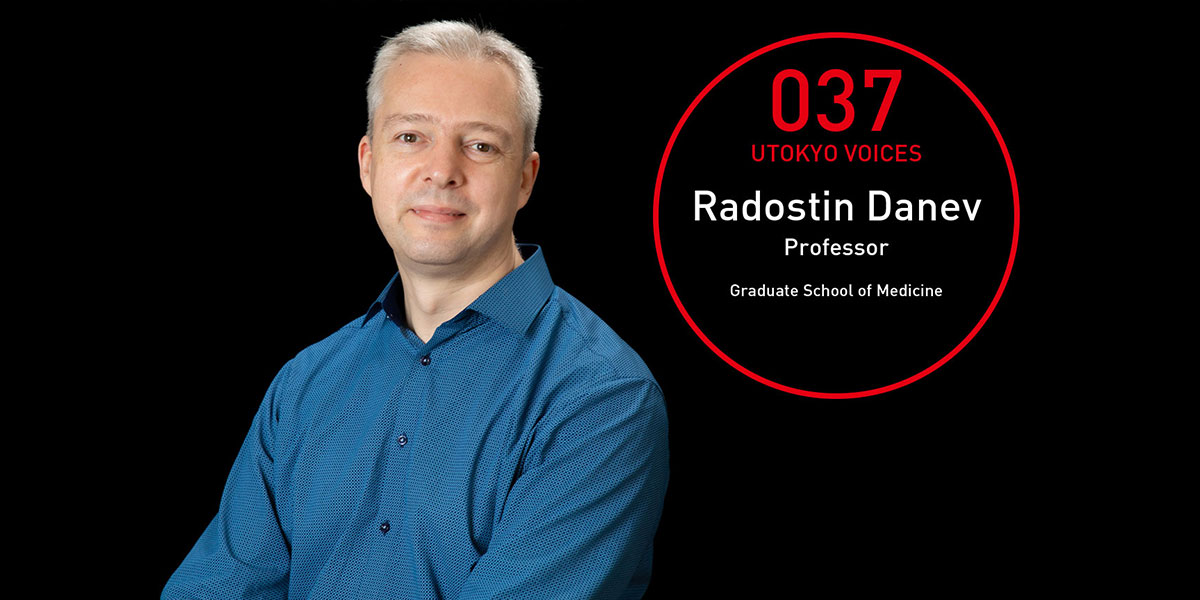 Professor Danev was born into a family of researchers, both his parents being condensed matter physics researchers. As early as he can remember, he had already decided that he, too, would be a researcher. He was enthralled by model trains that could be controlled by changing the voltage on the electric rails, and tried various experiments with them. He says, laughing, that he startled his parents once by sparking an electrode that tripped a breaker in their house.

He studied physics at Sofia University in Bulgaria, where he obtained his master’s degree in 1997. His supervisor encouraged him, saying there was an opportunity overseas to work as a researcher for Dr. Kuniaki Nagayama, an international authority on electron microscopy. That is when he decided to travel to Japan to advance his career. The next year, he obtained a Japanese Ministry of Education scholarship and became a researcher at National Institute for Physiological Sciences (NIPS), a research institution in Okazaki, Aichi Prefecture, used jointly by all universities in Japan.

“I didn’t know any Japanese at the time, but English was the common language in the lab, so I didn’t feel particularly uneasy or lost.”

During his tenure at that institution, he married a Japanese woman who worked there as a research secretary. He subsequently worked as a researcher overseas, but has decided to make Japan his final home.

In cutting-edge research fields, such as structural biology and cellular biology, samples are placed in a low-temperature environment chilled with liquid nitrogen. Cryogenic electron microscopes (cryo-EM) that utilize electron beams are used to provide greater analytical precision. However, the electron beams not only pass through the sample, they also reflect off it or are shielded by it, thereby changing the direction of travel. This can interfere with the analytical precision by reducing the contrast of the image or introducing noise. Danev’s research theme, phase plates, is about sharpening the contrast of the image by using the phase shifts of the electron beam.

“The basic theory behind the phase plate, which is also used for optical microscopes, is simple. But actually applying it to cryo-EM requires a bit of planning and care.” The Volta phase plate, developed by his group, was successful in improving the image precision by using a carbon film on the phase plate.

For example, in investigating protein structure and the shape of receptors suitable for those structures, drug molecules were made to bond with those proteins. This changed the proteins’ behavior, making possible treatments for many types of diseases. Analysis of proteins by high-precision microscopes has been indispensable up to now on the frontline of pharmaceutical development. The Volta phase plate markedly improves the contrast of images as well as the performance of noise exclusion thereby contributing greatly to drug development.

In devoting himself to intensive research, Danev’s imagination is always on “hot standby” 24 hours a day. New ideas often come to him when he gets into bed or even in his sleep, so he always keeps his smartphone on his bedside table, ready to jot down notes as the ideas come to him. On the other hand, he gives us a glimpse into his role as a loving father when he describes how coming home to play with his 6-year-old daughter and taking her to the park is his greatest joy.

“What she aims to be in the future is entirely up to her. But I always want to be there to give her the maximum support she needs to develop her motivation and her potential,” he says with a deeply caring look. 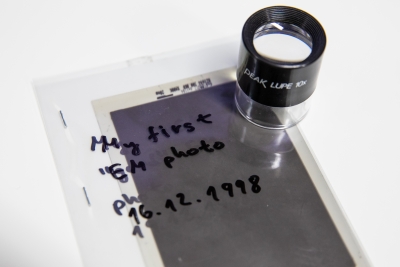 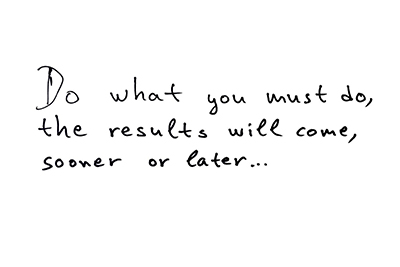 Do what you must do, the results will come, sooner or later...

Crucial to research are the firm conviction that one will absolutely achieve one’s aims and the persistent, steady effort to get there. “More important than anything else is a mindset of constant effort; because that effort will always pay off.” 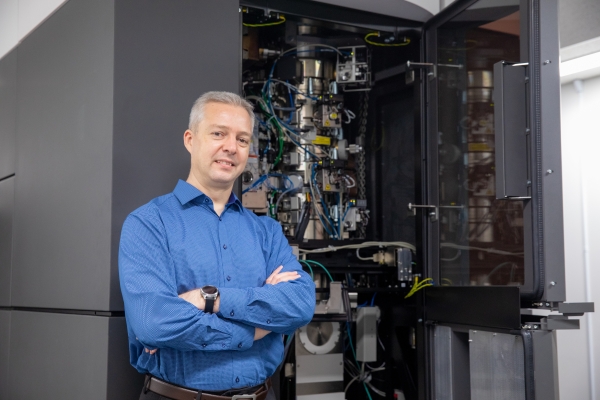 In 1997, completed his master’s degree in physics at Sofia University in Bulgaria. Worked on his PhD from 1998 to 2001 at Sokendai (National Institute for Physiological Sciences [NIPS]). In 2006, became an assistant professor at NIPS and was awarded the Japanese Ministry of Education, Science and Technology Award in 2007. In 2011, became a group leader in molecular structural biology at the Max Planck Institute of Biochemistry, Germany. In the same year, was awarded the Burton Medal of the Microscopy Society of America. In 2017, was awarded the Ernst Ruska Prize of the German Society for Electron Microscopy. Returned to Japan in the spring of 2018 as a project researcher at the Graduate School of Medicine and Faculty of Medicine, the University of Tokyo. Was appointed as a professor there in the autumn of the same year.