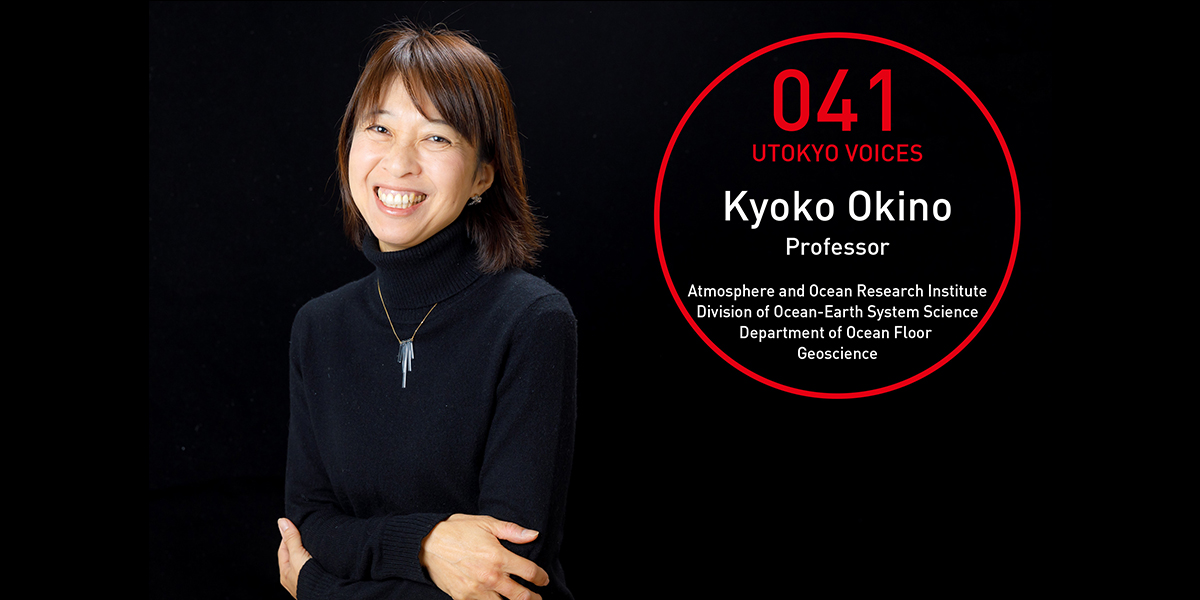 Tackling the Mystery of the Birthplace of the Ocean Floor

If someone asks, “What’s the difference between the sea floor and land?”, the obvious answer would be, “One’s covered with ocean and the other isn’t.”

But if you take away the ocean, the sea floor is still fundamentally different from dry land.

Professor Okino started talking about this topic even before the world’s ocean-floor topography was mapped. The focus of her research is the part of the sea floor that gradually expands outward day by day: “the place where the sea floor is born.” Of course, the surface area of the earth isn’t growing, so if there are places where the earth’s surface is born, there must be other places where it is destroyed. This dynamic process is the defining feature of the sea floor. No such cycle exists on land.

“The Earth is the only planet in our solar system that exhibits this surface behavior.”

Studying the oceans far from Japan requires careful planning. To get the survey voyages she needs, Okino teams up with scientists in other disciplines, such as geologists and biologists, on projects that sometimes extend for several years. When the seas are calm and all goes to plan, she sets off for the southern ocean on a ship loaded with deep-sea survey robots and other observational equipment for exploring the sea floor.

As a fourth-year student at Kyoto University, Okino wanted to pursue research in the meteorological laboratory. The facility was overbooked, so new research assistants were decided by lottery. Okino lost. Looking back, Okino laughs, “I never thought they would decide something like that by drawing straws!”

Later, a vacancy came up in the seismology laboratory. Okino joined as a graduate student. When she obtained her Master’s degree, Okino looked for work in the private sector. Unfortunately, in those days private survey companies were not hiring women. “So I guessed it had to be the civil service, or nothing,” Okino sighed.

Okino sat the civil service exam. The knowledge and experience she had acquired at the seismology lab won her a position at the Japan Coast Guard, where her first assignment was an expedition to map the Philippine Sea. This was a stretch of ocean that featured both a subduction zone and a spreading system. On this voyage, Okino discovered the fascination of viewing the latter.

“The single term ‘spreading system’ covers an extremely diverse range of forms. I wanted to see phenomena not only in the seas near Japan but in other sea regions as well. So I decided to return to the world of research.”

A chance loss on a lottery led Okino to her encounter with exploration of subterranean structures, and an assignment at work brought her into contact with seafloor spreading. Neither development was her own choice, yet they led her to discover her life’s work.

“That’s why I tell students, ‘Don’t worry if your plans turn out differently from what you’d hoped; you’ll find something interesting.’”

As a little girl Okino loved to read children’s adventure books, such as the Doctor Dolittle series by Hugh Lofting and the Swallows and Amazons series by Arthur Ransome. Both series featured main characters who set out to explore the world by ship.

“Today there’s almost no corner of the globe that remains unexplored by humanity, but one true frontier still remains: the deep ocean floor. On this research program I get to see parts of the ocean floor that no human has ever seen before.”

In this way, the little girl who voraciously read adventure stories has grown up to become an ocean floor explorer. For this modern-day explorer, fascinated by the riddle of the places where the seafloor is born, what further discoveries does the future hold? 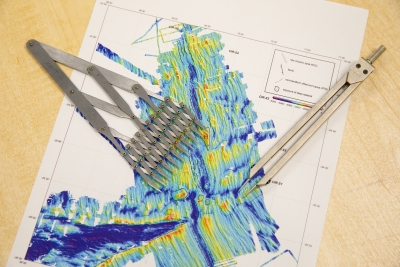 Divider
A tool for estimating distances on maps. The points of the divider are aligned with the part to be measured and spread apart, to find an estimate of the distance on the reduced scale. “You can do the same thing on a PC screen nowadays, but this is better when you’re talking to someone with a map spread out on a desk.” 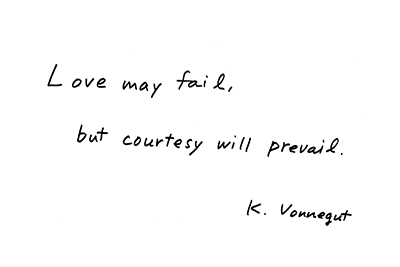 “Love may fail, but courtesy will prevail.”
This phrase has come down to us as a note Kurt Vonnegut received in a letter from a fan. “I want to be scrupulous and kind always, both with people and with things.” 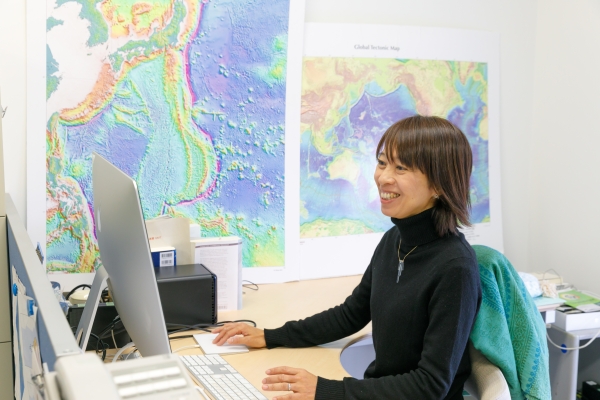 After completing a Master’s degree at Kyoto University in 1990, joined the Hydrographic Department (now the Hydrographic and Oceanographic Department) of the Japan Coast Guard. Engaged in a survey to demarcate the limits of the Japanese continental shelf and the surveying of ocean trenches in waters around Japan. Returned to Kyoto University to obtain a Doctorate degree, then became a research assistant at the Ocean Research Institute, University of Tokyo (now the Atmosphere and Ocean Research Institute, the University of Tokyo). Served as assistant professor before succeeding to her current post in 2014. Today studies phases in the birth and transformation of the ocean floor, using research vessels and deep-sea probes to map the Central Ridge of the Indian Ocean and back-arc spreading systems in the Philippine Sea. Co-author of Ocean Floor Geoscience, University of Tokyo Press, Tokyo, 2016 (in Japanese).