Employing catalysts to expand the potential of life｜UTOKYO VOICES 044 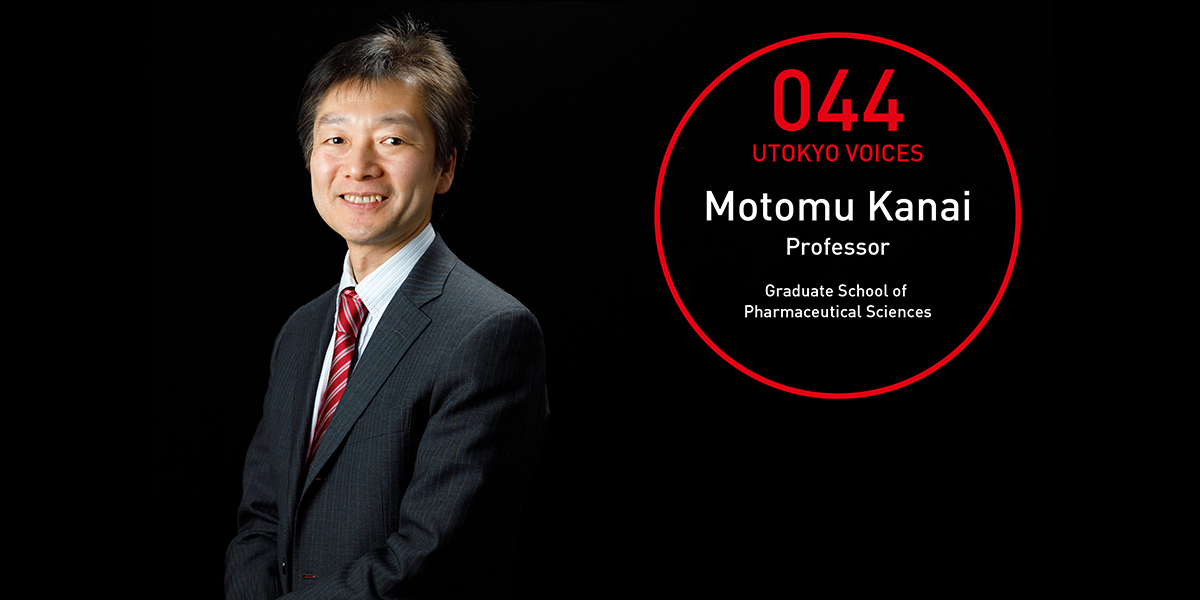 Employing catalysts to expand the potential of life

If there were catalysts that could be used at will to control the chemical reactions that occur within the human body, it might be possible to create medicines for treating hitherto incurable diseases. Even more, through the use of catalysts, human beings might be able to demonstrate abilities that far exceed those that nature has given them.

Professor Kanai, who is endeavoring to create such “dream catalysts,” describes himself as “willful.” This is because he doesn’t just meekly accept the natural form of things, though, that being said, he doesn’t refuse to accept it, either. Rather, he wants to use the power of science to intervene in natural systems and improve them.

“For example, the DNA of the organisms that have evolved on the Earth is in the form of a double helix. A double helix is capable of producing such complex living things that organisms might be even more incredible if it were a triple helix. Because there’s no single correct answer when it comes to evolution, you can’t say with certainty that it couldn’t happen.” So, where did this flexible thinking about going far beyond the boundaries of life science come from?

When Kanai was a student, he was in the pharmacy faculty, and wanted to study biology at graduate school. But against his wishes, he was assigned to the synthetic organic chemistry department, where he spent all his time conducting research on catalysts. He was blessed with supervisors and seniors who he could respect, and he learned a lot; but he then went to the U.S. to work as a postdoctoral researcher, and decided to seize this opportunity to leave chemistry behind.

That being said, he wasn’t going to be useful to a lab in a field he was completely unfamiliar with, so he joined a chemical biology lab. But as though it were his destiny, there he was awakened to how interesting chemistry could be.

“Life is a chemical system comprising molecules and chemical reactions. I considered chemistry research on controlling molecules and chemical reactions to be a different angle from the biological approach, and, as I had expected, it was possible to act on living organisms in a ‘willful’ manner. And because it can be applied to drug discovery, it has the potential to touch people’s lives more directly than electronic or electrical technology, and thereby contribute to the happiness of people.”

Japan has traditionally been strong in catalytic chemistry, the field in which Kanai specializes, but almost all applied research in the field has targeted substances, such as in the development of new drugs or new materials. However, Kanai, who has focused on pharmacy, has come up with the mold-breaking idea of using catalysts to manipulate living organisms.

“I believe that this idea came about as a result of me having studied pharmacy in Japan. This is because when I was a student, pharmacy faculties in Japan were highly conscious of the importance of nurturing drug-discovery researchers, so they provided an education in the ‘central science’ of chemistry, which covers both materials science and life science.”

Right now, there’s only a handful of research laboratories worldwide that are capable of producing catalysts that function within living organisms. The research project being led by Kanai is attempting to carve out a new path for treatment of diseases that mankind has not yet been able to conquer. It involves the creation of catalysts that break down amyloid beta, the substance believed to be the cause of Alzheimer’s disease, and catalysts that stimulate cancer-suppressing genes.

“I hope that one day we’ll be able to use catalysts to trigger reactions that do not normally occur inside the human body. In theory, it may become possible to enable people to run at speeds many times faster than a normal human being can, or people with computational abilities that are on a par with AI. Saying things like this now, I’ll probably be laughed at as a braggart,” says Kanai with a smile.

His dream is to create revolutionary catalysts that can cure disease and enhance human capabilities. There are no predefined boundaries to the possibilities of chemistry in the field of pharmacy. 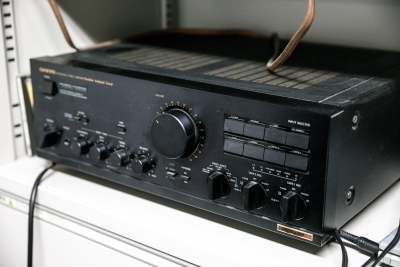 Amp (music player)
This is an Onkyo amp Kanai bought with money he saved up working part time for the first time when he was a student. When he’s alone in the lab, he plays music at loud volume. He’s always loved British rock, and more recently he also likes the Japanese female vocal group Little Glee Monster. 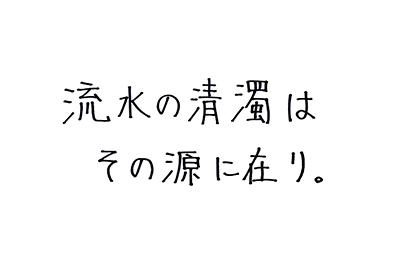 [Text: Ryusui no seidaku wa sono minamoto ni ari (“The purity or impurity of a stream is determined at its source”)]
This is a phrase from The Essentials of Government in the Zhenguan Reign, in which Emperor Taizong of the Tang dynasty and senior statesmen discussed politics. “In my lab, I believe that the way I live my own life determines what sort of students I will nurture.” 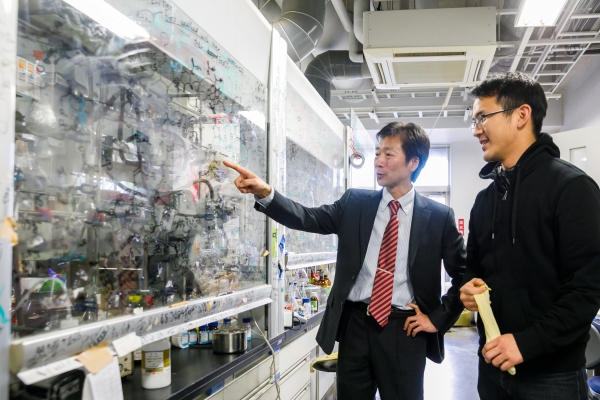 Left doctoral course at the Graduate School of Pharmaceutical Sciences, University of Tokyo, to become a research associate at the Institute of Scientific and Industrial Research, Osaka University, in 1992. Obtained a Ph.D. from the same university in 1995. From 2010, took up current post after conducting post-doctoral work at the University of Wisconsin in the U.S., serving as assistant professor at Graduate School of Pharmaceutical Sciences, University of Tokyo, etc. Heads projects that conduct pioneering research on using chemical catalysts to develop drugs, e.g. served as principal investigator of the ERATO “Kanai Life Science Catalysis Project” in 2011 and serves as the field representative for “hybrid catalysts,” a new research field designated in 2017.