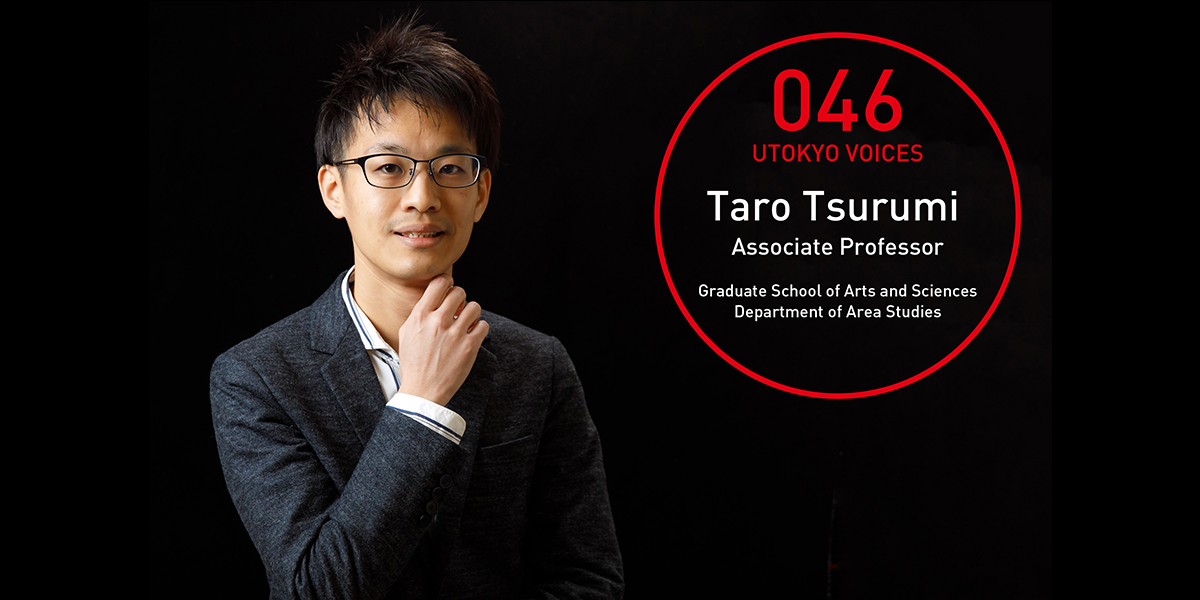 Professor Tsurumi enrolled at Tokyo University of Foreign Studies majoring in English in hopes of working at an international agency in the future. At the time, however, he says he was something of a contrarian. “I chose to major in English, but I wasn’t that interested in the UK or the United States. On the contrary, I was more interested in the Middle East, Russia, and other places that Japanese people don’t usually take an interest in.”

He found something that interested him academically while reading papers in class, and took a seminar by a professor specializing in the Israeli-Palestinian conflict. The more he studied it, the more he realized how difficult it was to solve the conflict. He came to consider it important to take an approach similar to that of an accident investigation committee when examining the problem and thoroughly look into the causes in order to prevent such a situation from arising again.

His experience visiting the Middle East for the first time in the winter of 2002 after the 9/11 terrorist attacks in the United States affected him greatly. “People tend to hold a negative view of the Middle East, associating it with terrorism. But my impression changed when I came in contact with the people. I began to realize how important it was to look at people up close and take an interest in their daily lives when approaching issues.” Since that time, he has engaged in research with an emphasis on a sociological perspective in international relations and area studies, where a political perspective is mainstream.

In his thesis, he looked at the Zionist movement in which Jewish people have sought to establish an ethnic Jewish state in Palestine, and he continued his studies on the same topic in graduate school at the University of Tokyo. He focused his research on Jewish people in the Russian Empire, because at the beginning of the 20th century, the Jewish population in the Russian Empire, which included what is now eastern Poland, was home to half of the Jewish people worldwide, at around five million.

“Some Jews who were persecuted in Russia assumed that many Jewish people would remain in Russia. They therefore left for Palestine in the aim of enhancing their ethnic identity and establishing a base by which they could gain respect even in Russia. With Russia’s multiethnicity in mind, the Jews assumed they could coexist well. On the other hand, the Palestinian Arabs emphasized religion, village, family, and other such attributes, so they were not used to the perspective of ethnicity. Therefore, I don’t think they were able to understand what the Zionists were thinking.” The Palestinian Arabs were convinced that they would be completely subjugated, so after World War I, there was violent opposition. That is how Tsurumi analyzes the causes of the conflict.

At the same time, looking at the overall Jewish population, most did not immigrate but remained in the Russian Empire. They felt there were advantages to staying or were emotionally attached to Russia. Tsurumi believes that it is important to study not only the causes of the conflict but also how the Jews that remained related to Russia and the Russian people and developed an attachment to Russia. He emphasizes that “this will provide a hint as to how various ethnicities can live together and coexist in harmony today.”

His idea is to study how these Jews balanced the Russian and Jewish aspects within themselves as well as what the minority shared in common with the majority and how they came to individual compromises.

“What we should not do is try to force the elimination of differences. It’s important to create a situation where the parties need each other precisely for their differences. This is universal and even applies to present day Japan.” 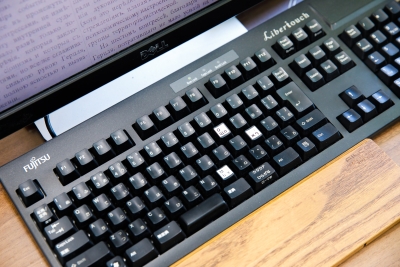 Keyboard
Tsurumi attaches great importance to computer-related equipment and chooses large displays and easy-type keyboards. He is pleased with the keyboard he is using right now because the keys are easy to press. He has memorized the layout of the keys corresponding to Hebrew and Cyrillic characters, but has placed stickers on the keyboard to serve as markers. 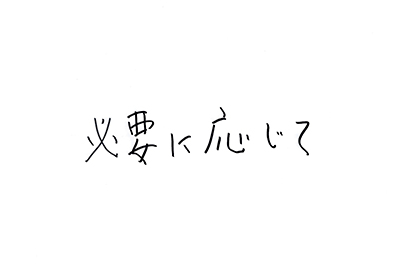 [Text: Hitsuyou ni ojite (“As necessary”)]
Even in academic pursuits, people often end up conforming to custom or authority. It’s important to think about things as you go and consider whether they are necessary for your own studies. Tsurumi starts from there and proceeds while examining everything from that standpoint. 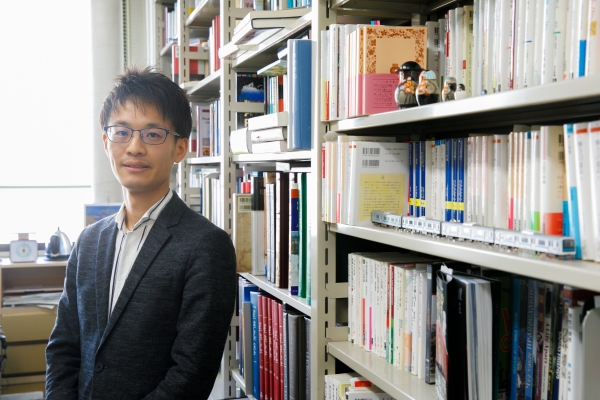 Completed doctoral program in Interdisciplinary Social Sciences at Department of Advanced Social and International Studies, Graduate School of Arts and Sciences, University of Tokyo, in 2010. Then engaged in research at Rikkyo University, the Hebrew University of Jerusalem, and New York University as a postdoctoral research fellow and an overseas research fellow with the Japan Society for the Promotion of Science. From 2014, organized two international research conferences as a tenure-track assistant professor with the Saitama University Research Management Bureau. In current position since 2016. Engaged in research on Jewish self-awareness, including pre- and post-Russian Revolution Zionism, and reform of theoretical perspectives on ethnic problems.