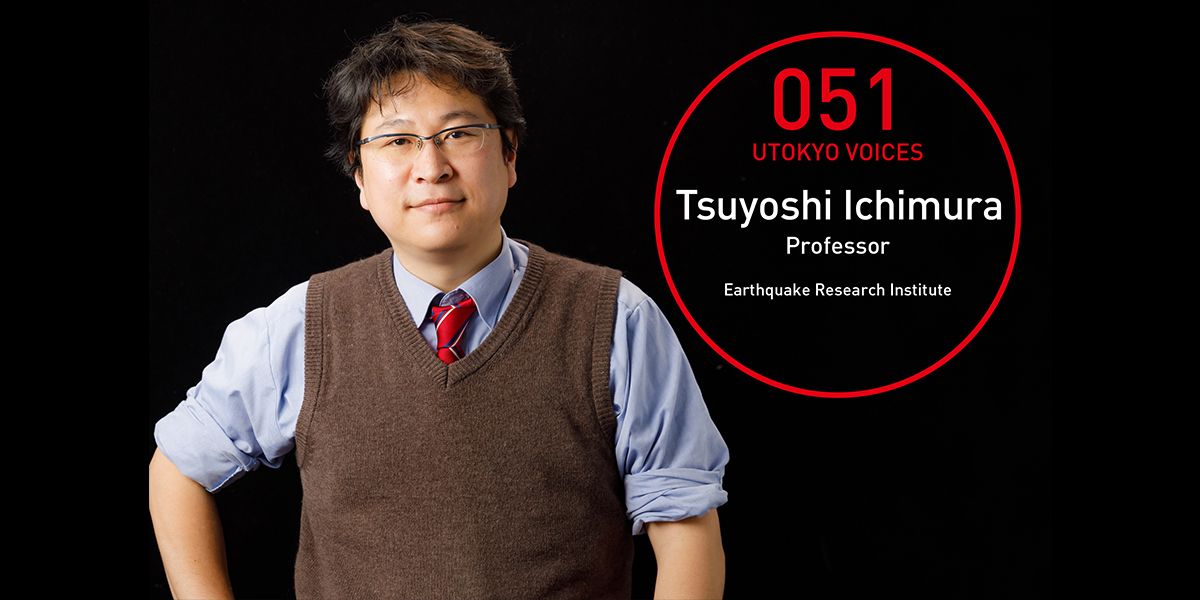 In this era of big data, the improvement of computer processing speed in areas like scientific computation and business is of critical importance. As we approach the limits of Moore’s Law, which holds that integrated circuit performance doubles every two years, the focus of the search for increasing computer processing speed is shifting from hardware to software. A major challenge is how to develop the software algorithms for this purpose.

Professor Ichimura’s research group is gathering global attention after having been selected as a finalist for the Gordon Bell Prize, sometimes called the supercomputing Nobel, two years running in 2014 and 2015. They also received the Best Poster Award at the Supercomputing Conference for both 2016 and 2017, and were nominated as finalists again in 2018. The group is now developing the world’s first high performance, high speed large-scale earthquake simulation.

Ichimura says he was a curious child who questioned everything, trusted his intuition and acted on any doubts he had. When entering the University of Tokyo, he did not narrow down his major to either the sciences or humanities at the start; rather, he kept his options open so he could select any field of study in the second year of university. Despite considering studies in literature, economics and law, he took a low-enrollment seminar in the Department of Civil Engineering before settling on the theme of his graduation thesis, and it was entering the Applied Mechanics Laboratory that led him down the road to pursuing the world’s fastest supercomputer.

“I went into civil engineering when the Hanshin Awaji earthquake happened in 1995, having seen with my own eyes the important role mechanics and mathematics plays. I selected earthquakes as the theme of my graduation thesis and transferred to the Earthquake Research Institute. While I continued my research, always wanting to go just a little further, I completely neglected the search for a job, so I entered the PhD program.”

Ichimura returned to the Earthquake Research Institute to continue his research as an assistant professor at Tohoku University and an associate professor at the Tokyo Institute of Technology, and explores the development and application of techniques to solve problems related to solid-earth science, seismology and civil engineering from the perspective of mathematical and computing science. It was his team’s work to develop the world’s most advanced simulation algorithm through the application of seismic observation data using the K supercomputer that got his team selected as a finalist for the Gordon Bell Prize.

There are times where, when you think things through very carefully, even the most vexingly complex problems can be resolved and reveal something entirely different. “It’s less about the enjoyment of the process and more about how much of a primordial feeling it is — it’s something that becomes indispensable to one’s life, and once you’ve felt that, you can’t get enough.”

Creating a fast computational algorithm and using a supercomputer to solve large-scale, complex problems is, as Ichimura puts it, “the result of a character trait in me to always want to go a little further. So, for me, what I’m working on now is not the most exciting thing — the best is the next project I’m going to work on.”

“My dream is to create a general algorithm that is not limited to any single field. In the future, I want to solve problems that fascinate both myself and young researchers,” says Ichimura, who clearly is still yearning to go just one step further. 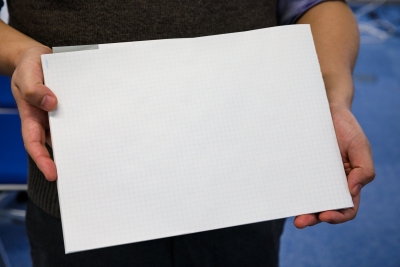 Grid sheet
Grid sheets allow the easy recording of words and graphs to summarize thoughts and ideas, and a set of grid sheets “is what I received from my supervisor when I was a student, and I am grateful to it for allowing me to go back to the basics.” He tells his students, “pursue the joy of searching for your own thinking, no matter how long it takes.” 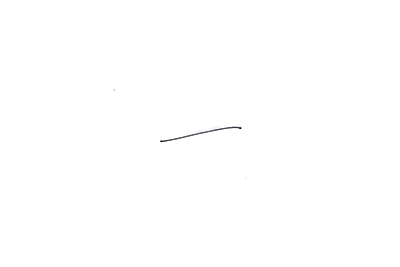 [Text: Ichi (“One”)]
“I think this has many different kinds of meanings. Everything must start from one. It also implies a convergence of sentiments — if people cannot channel their will together, nothing of significance can be accomplished. It’s just one.” 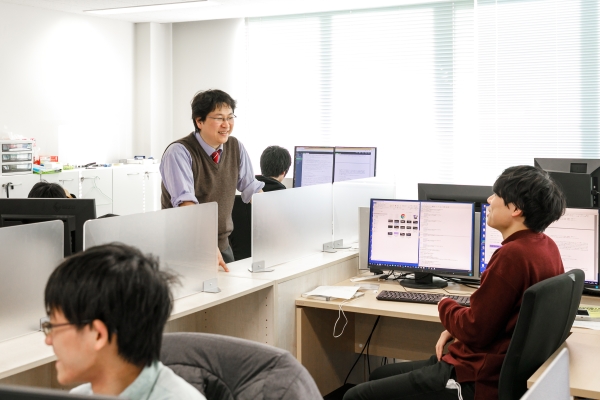