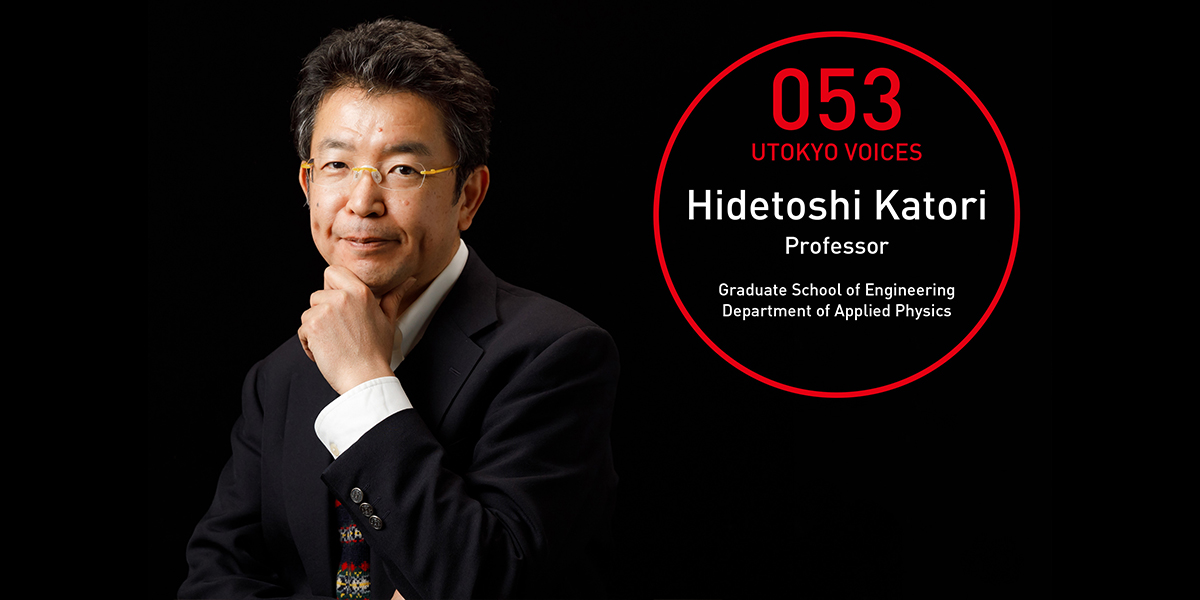 In his own “Galapagos” building a unique clock of incredible precision

The Max Planck Institute of Quantum Optics (MPQ) in Munich has been called “the cathedral of quantum optics.” Professor Katori first set foot on this hallowed ground as a novice researcher in 1994, having just received his doctorate degree for research on laser-cooling of atoms.

Katori’s area of study at MPQ was ion traps, specifically, the cooling of ions with lasers. This was the technology that led to developing “single-ion clocks.” Currently the duration of one second is defined using cesium-atom clocks. The next generation of ultra-precise clocks was expected to be single-ion clocks, and researchers around the world were scrambling to be the first to develop one.

“MPQ is where the top scientists in the field gather,” explains Katori. “It’s where you can gather the very latest research information, before the papers are published. I knew that if I went back to Japan I would lose ground against the scientists here, who discuss the latest results every day. So I decided to leave the cutthroat world of ion-trap research and turn my inquiries in a direction that wasn’t on the radar at all with my former colleagues.”

Having absorbed the knowledge he needed at the “cathedral,” Katori shut himself away in the “Galapagos” that is Japan to tread his lonely path in the world of scientific research. There he pursued his research while seeking a domain where he could make a unique contribution. After four years, Katori proposed an “optical lattice clock,” which uses neutral atoms trapped in a standing wave of light. He presented his proposal at an academic conference on atomic clocks.

The scientific community was not ready. Convinced that single-ion designs were the only way forward for the next generation of high-precision clocks, nobody in the field understood the vision of this brash young scientist whose proposed clock design they had never seen nor heard of before.

Unwilling to become caught up in competition, Katori embraced their disinterest. He resolved to build a clock like no other in the world, at his own pace. Three years later, in 2004, Katori completed and demonstrated a clock that can be far more accurate than the cesium-atom clocks, yet completed measurement in only one millionth of the time required by single-ion clocks.

Katori’s optical lattice clock is over a thousand times more accurate than the latest cesium-atom clocks. But what exactly is this super-accurate clock measuring?

According to relativity theory, time flows quickly in regions of low gravity and slowly in regions of high gravity. On Earth we do not notice these infinitesimal differences, as they are all but impossible to detect. But Katori’s optical lattice clock can measure them. Katori’s clock makes it possible to see that the one second experienced by person A at a higher altitude is different from the one second experienced by person B at a lower altitude.

Katori’s success created a new platform in the competition to develop a next-generation atomic clock, at a time when so many assumed that a single-ion design was the only way forward. Today over 40 laboratories worldwide have joined the development of optical lattice clocks. The gates to the paradise of Galapagos have been flung wide open, whether the proprietor likes it or not.

“There was a time when I just couldn’t stand it,” Katori laughs. “But now I’ve changed my mind. This field needs to raise its profile through friendly competition between fellow researchers.”

With the recent progress in research on next-generation atomic clocks, the momentum toward a more refined definition of one second has intensified. The next update to the definition of the second may come from Japan. 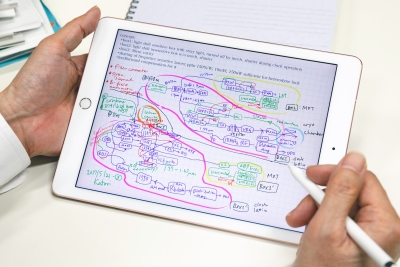 iPad
Katori rarely works on his theses or other materials on paper. “I have two labs, one at the University of Tokyo and the other at RIKEN (the Institute of Physical and Chemical Research). If I used paper, I’d have to carry it all back and forth all the time,” he laughs. Katori writes freehand on an iPad, including corrections in red characters. 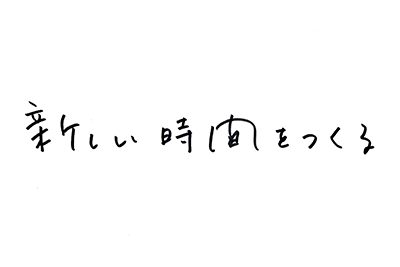 [Text: Atarashii jikan wo tsukuru (“Create a new concept of time”)]
The optical lattice clock creates a new way of thinking about time. It overturns the concept of time as something that flows at the same speed for everybody. “Until now, the definition of ‘one second’ was the exclusive preserve of Western scientists,” Katori explains. “One motivation behind my creation of the optical lattice clock was the desire for Japan to have a new definition of ‘one second’ that we can call our own.” 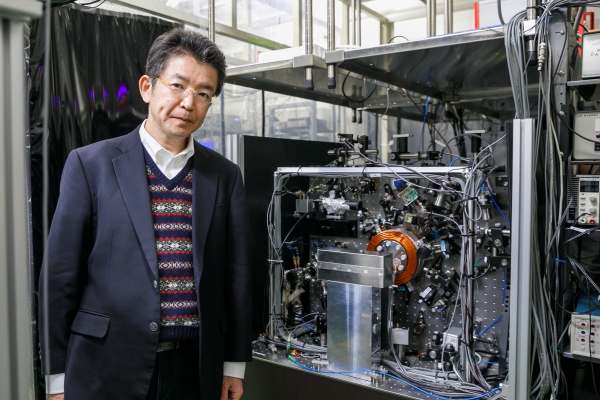