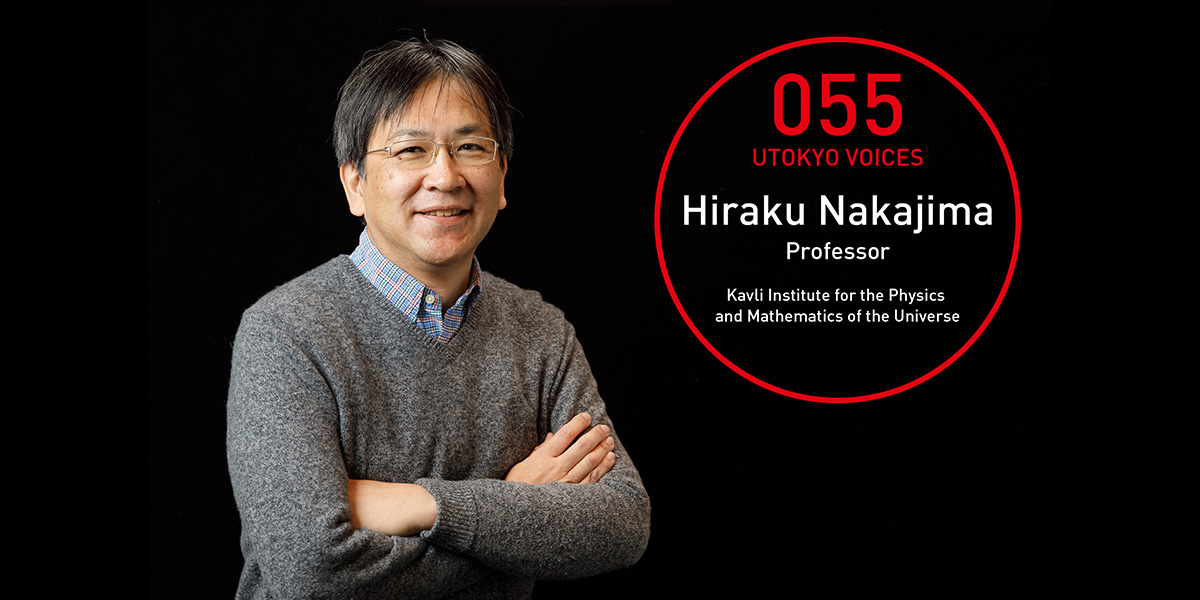 Professor Nakajima has loved arithmetic and science since he was a primary school pupil. In his first year studying science at the University of Tokyo, Nakajima decided to pursue mathematics, as “there are absolutely no experiments to do, unlike in physics.” In his third year, of the three great branches of mathematics (algebra, geometry and analysis), Nakajima chose to focus on geometry. He embarked on a path of research into both geometry and analysis, which were both considered the leading edge of mathematics at the time. “In my fourth year of study I was able to read cutting-edge mathematics papers. By the time I was working on my Master’s degree, I was able to do new research.”

Nakajima received his Master’s degree and became an assistant professor, then in 1992 transferred to Tohoku University. Since that time he has been conducting research in a field that belongs to both geometry and analytics, for which Nakajima coined the term “quiver varieties*.” The Tale of the Heike relates that the samurai Kajiwara Kagesue, after loosing all of his arrows in battle, broke off twigs from a plum tree and stuck them in his quiver. This anecdote inspired Nakajima to choose “quiver varieties” as the name for his new discipline. “A quiver being a tube for carrying arrows,” says Nakajima, “I wanted a name that would sound obscure in Japanese!”

The catalyst for Nakajima’s discovery of quiver varieties was a lecture by George Lusztig, a mathematician at the Massachusetts Institute of Technology (MIT), at the 1990 International Congress of Mathematicians. “It was a completely novel perspective, an entirely new direction,” Nakajima recalls. Lusztig’s address, Nakajima reflects, “prompted me to redirect my own research, and it’s no exaggeration to say that my work today is basically an extension of those ideas. Later, this field was given the name ‘geometric representation theory,’ and my work covers one part of that larger movement.”

Representation theory is at heart related to analytics and algebra, and especially to geometry. Using Nakajima’s research as a bridge, representation theory has been shown to relate to physics. “For example, electrons orbit atoms in three dimensions,” Nakajima explains. “That means that it’s important to understand them in terms of a 3 × 3 matrix, representing the atom as a solid. This is why representation theory and physics are close to each other. What I’m doing is considering this matrix using geometry.”

In 2018 Nakajima moved from Kyoto University to the Kavli Institute for the Physics and Mathematics of the Universe. Today he is pursuing research on gauge theory, a field originating in theoretical physics, from a mathematical perspective. Nakajima is applying the geometrical representation theory to research a wide range of homological groups that manifest in gauge theory. “The usual approach in gauge theory is to examine the spaces themselves,” Nakajima points out. “But linking to representation theory makes another interpretation possible. I think this approach is quite different from that of others.”

The real pleasure of this line of research, says Nakajima, is that “people from two different fields, geometry and representation theory, come together and exchange ideas, making good things happen. I feel that there’s a real process of bridges being built.” Nakajima is optimistic about the future of the discipline. “I believe the study of quiver varieties will make the bonds between mathematics and physics a little stronger. I’d like to continue my research in the direction I’m pursuing now.”

*The discipline is also widely referred to as “Nakajima quiver varieties,” overseas as well as in Japan. 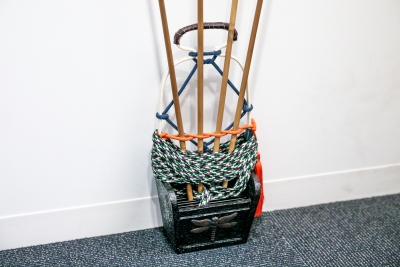 Quiver
There are many varieties of quivers, so “quiver” was combined with “varieties” to coin the term “quiver varieties.” In tribute to this research, six years ago a group of Nakajima’s students presented him with this quiver. It is a replica of the type of quiver that would have been used in the battles of The Tale of the Heike. 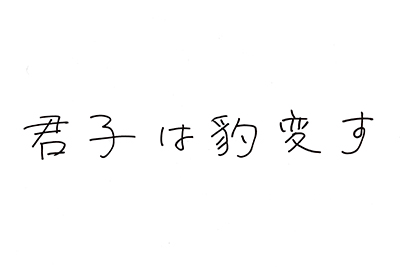 [Text: Kunshi wa hyohensu (“A wise man changes his mind, a fool never.”)]
“When I realize that what I have been doing is mistaken, I change. My change in direction in the middle of my research was no different. Being willing to make sudden changes means that I won’t become set in my ways.” 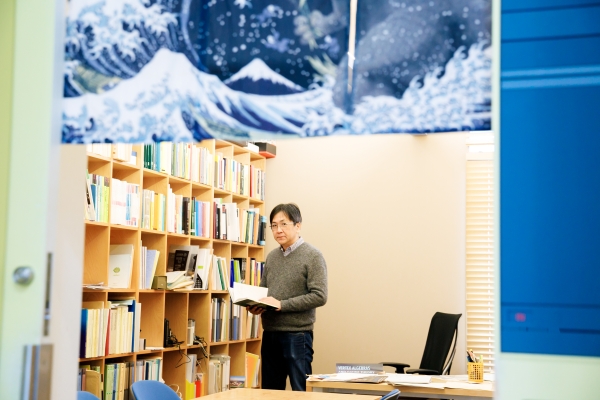