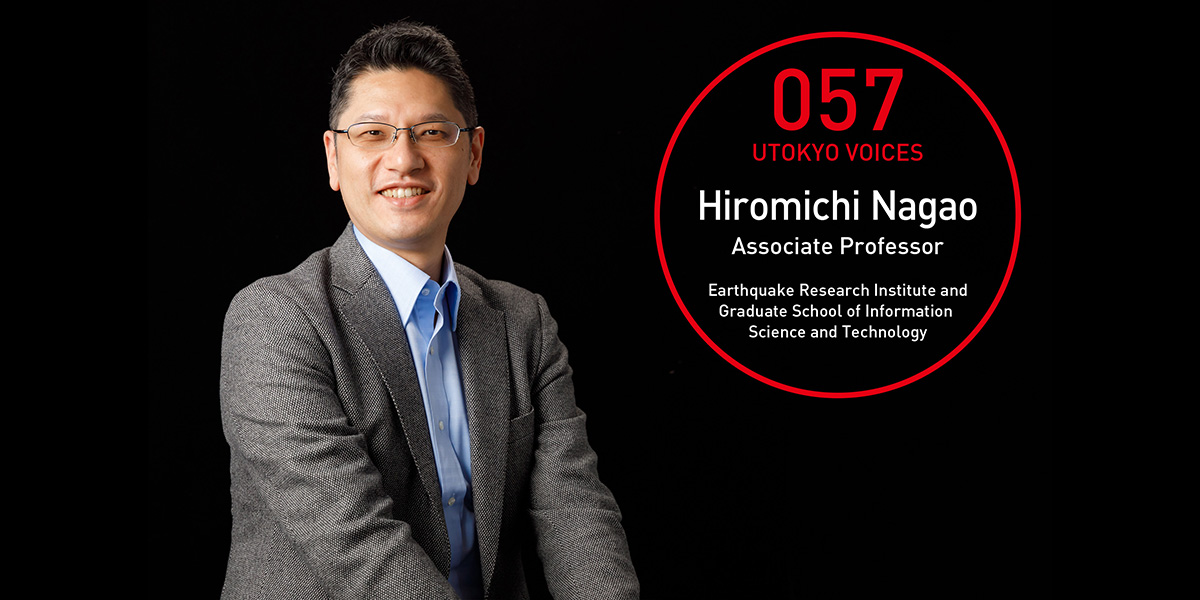 “Ever since I was a little kid I was keenly interested in space and the earth. And I was determined to be the best at arithmetic and math. That’s what led to the research I’m doing today, which is a fusion of earth and mathematical sciences. I made up my mind to enter a science department when I was in junior high school. That’s when I decided to be a research scientist.”

When entering Master’s and doctoral programs at the Graduate School of Science, Kyoto University, Associate Professor Hiromichi Nagao was interested in the mathematical techniques used in data analysis. However, he says, “I couldn’t find data analysis methods that suited my needs, so the results were unimpressive.” The turning point came during Nagao’s doctoral studies.

“Tomoyuki Higuchi of the Institute of Statistical Mathematics was offering an intensive course at Kyoto University. That’s where I encountered data analysis techniques I had never heard of. The scales fell from my eyes.”

Later, while he was employed at the Institute of Statistical Mathematics, Nagao learned from Higuchi the technique of “data assimilation,” in which actually observed data are plugged into a model to create a simulation of the real world. After his move to the University of Tokyo, Nagao worked on developing data-assimilation algorithms that could be applied even to large-scale simulations using reams of data. As an example of this work, in 2017 Nagao developed the “four-dimensional variation method.” Japanese TV watchers are familiar with the forecast center positions displayed in weather forecasts, used to mark the predicted paths of typhoons. This technique dramatically improved the accuracy of these forecast center positions and reduced the time taken to calculate them.

Nagao is currently working on an algorithm for analyzing even larger volumes of data. The Core Research of Evolutional Science & Technology (CREST) basic research program of the Japan Science and Technology Agency (JST), which Nagao leads, is developing a suite of mathematical techniques for this purpose. One is a further development of a data assimilation method based on the latest work on Bayesian inference. Another is the development of a Bayesian-inference technique in statistical analysis that can play a role in analyzing big data on earthquakes, where the effort to handle ever larger volumes of data is ongoing.

In earthquake-prone Japan, over 1,000 seismic observation posts, operated by public research agencies, are scattered throughout the country. In the near future, data from the thousands of seismometers owned by private businesses nationwide, and even data from seismometers installed on smartphones, may become available for research use. If this is achieved, data from tens of millions of seismic observation points will pour in at a stroke. However, cautions Nagao, “At this point we don’t have algorithms that can process this earthquake big data efficiently. We have to create those analytical methods from here on in. That’s why we launched the CREST project.

“At the Earthquake Research Institute of the University of Tokyo, the basic research I’m conducting is especially basic. My papers are full of equations. There are no bright, attractive illustrations. My most important priority is making sure that all my statements are mathematically and scientifically rigorous, with no smoke-and-mirrors or ambiguity. Gradually, young scientists who endorse this fusion of solid-state earth sciences and mathematical sciences are coming together. After I retire, and as long as I’m alive, I hope researchers such as these will continue to gather and discuss this topic.” 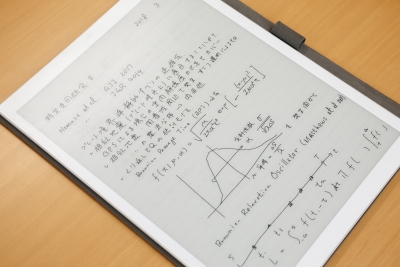 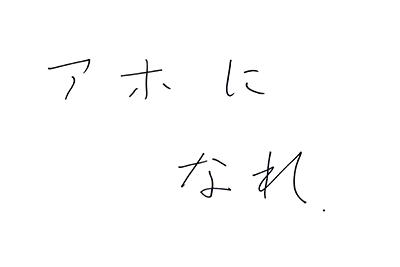 [Text: Aho ni nare (“Be a fool”)]
“This is a phrase my father said to me when I was in troubled times, when I was moving from one term-limited research post to another, when I thought I couldn’t continue like this and considered giving up. ‘The future isn’t written in stone,’ he said. ‘You can’t know what will happen no matter how much you think about it. Don’t waste your time pondering small losses and gains in front of your nose. Devote all your efforts single-mindedly to the goal in front of you. Be a fool.’ When I heard that, my spirit was restored.” 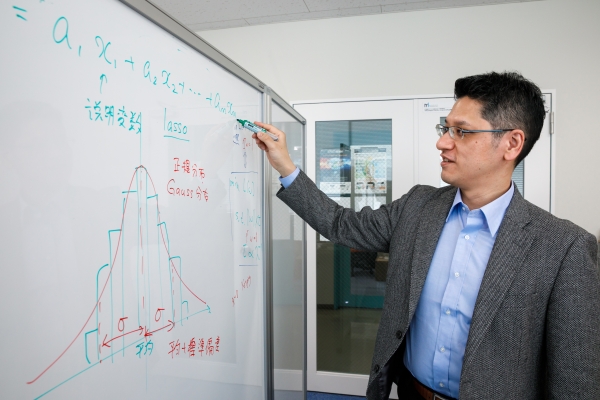 Completed Master’s degree in the Division of Earth and Planetary Sciences, Graduate School of Science, Kyoto University in 1997. Completed Doctorate degree in the same field in 2002. After research posts at the Japan Atomic Energy Agency, the Japan Agency for Marine-Earth Science and Technology and the Institute of Statistical Mathematics, in 2013 accepted two posts as associate professor at the University of Tokyo, one at the Earthquake Research Institute and the other at the Department of Mathematical Informatics, Graduate School of Information Science and Technology. Areas of specialization are the development of data-assimilation algorithms that fuse numerical simulations with Bayesian statistical treatment of observational and experimental data, and the application of those techniques to a variety of scientific fields. Leads a project to develop algorithms for analyzing seismic big data, providing a bridge that brings seismologists and statisticians together.