The essence of “manufacturing in the broadest sense,” from over 1,000 site visits｜UTOKYO VOICES 059 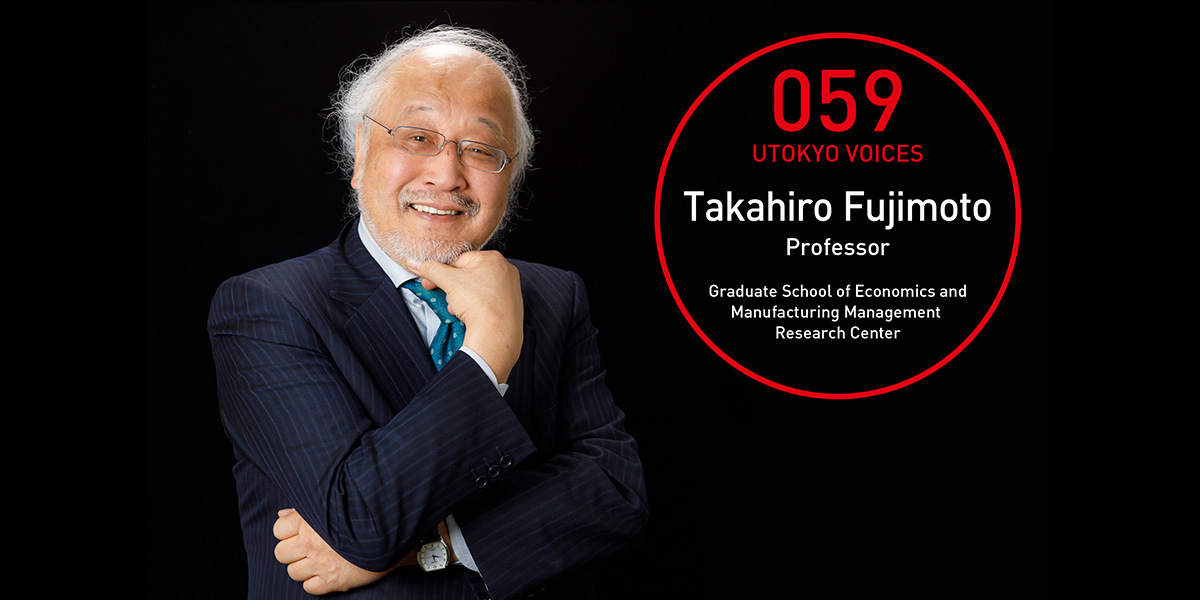 The essence of “manufacturing in the broadest sense,” from over 1,000 site visits

Professor Fujimoto entered the Faculty of Economics, Humanities and Social Sciences II, the University of Tokyo in 1974, during “the second crisis of economic theory.” He spent his second year on leave in the United States. “My grandfather was an immigrant to America. I started in his old home of Seattle and traveled around America by intercity bus. During that time, I visited Harvard University in Boston and spent half a year there as a special student, studying things other than economics.”

After returning to Japan, Fujimoto wanted to study the inner workings of companies. He attended seminars by Professor Moriaki Tsuchiya, who was teaching business administration at the Faculty of Economics, and learnt about organizational theory, strategy theory and architecture theory (Lego theory). As part of his learning, he wanted to conduct a detailed fact-finding investigation of manufacturing company factories, but it was difficult to get permission from companies as a student. “So I thought about going to agricultural sites, because, unlike factories, they’re outdoors and I could come and go as I pleased. I visited settlements, cultivated land and irrigation facilities (agricultural water channels, water supply facilities, pump sites, etc.) at the foot of the Yatsugatake volcanic region and around Lake Imbanuma in Chiba and conducted interviews and made site observations of the actual state of agricultural water distribution between settlements.”

There have been severe disputes between settlements over water distribution from the canals in the Yatsugatake volcanic region since the Edo period. For more than 200 years, the water has been distributed fairly by means of unofficial rules and routines. Meanwhile, government assistance in the Lake Imbanuma region has allowed the completion of pump sites and underground watercourses. While water disputes are a thing of the past, the collective bodies have not been carrying out proper maintenance, resulting in damming and other issues that impair the function of these resources. Accordingly, learning in the field revealed the role of water disputes in water distribution.

After joining Mitsubishi Research Institute, Inc., Fujimoto worked on sales, investigation and reporting, mainly on projects in the automotive industry. At the recommendation of a Harvard University professor he had met while collecting data on companies in the United States, he was accepted into a doctoral course at Harvard Business School. He collected data from automotive development sites around the world and published Product Development Performance (jointly authored with Kim Clark), based on his doctoral dissertation.

“One of the hidden competitive advantages of Japanese companies is the idea of ‘benefits for all three sides,’ practiced since the time of the Omi merchants. In other words, small to medium enterprises followed the business idea of aiming to satisfy the customer (benefit the buyer), profit the business (benefit the seller) and stabilize local employment (benefit society or the community), thus placing value on workplaces rooted in the community.”

China, with its rising labor costs, has focused on becoming a technology-intensive modular country (producing by combining standard parts) like the United States in order to advance industry. As a result, the Chinese and American industries have gone from a complementary relationship to a competitive relationship, with technology conflict between China and the United States. With the tide turned, Japan with an architecture complementary to those of both China and the United States, is now receiving an increasing number of orders from both countries for its advanced integral products (products that are intricately fit together from optimally designed parts) and parts. This is a winning opportunity for Japanese companies and sites.

“This is what we would expect now with the advancement of digitalization, as business administration for manufacturing based on design concept theory and organizational capacity theory is adopted into the current world economy.” 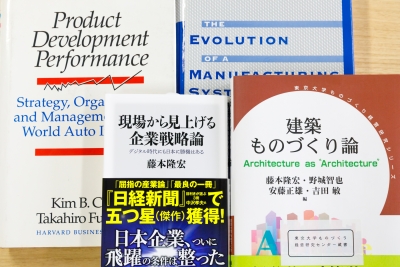 Publications
With his hands-on approach, Fujimoto’s unique results have been published in books for general readership and of course research papers. “The interesting part of doing research in this field is talking to people in the field and getting on the same wavelength.” 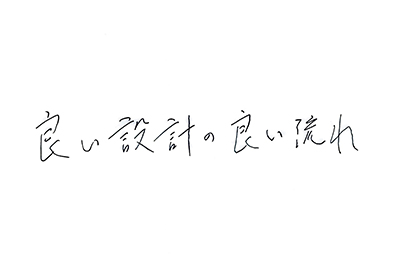 [Text: Yoi sekkei no yoi nagare (“Good Flow of Good Design”)]
“I think that creating a good flow of good design for the market, and thereby producing the ‘benefits for all three sides’ of pleasing the buyer, profiting the seller and stabilizing society or the local community (by protecting jobs), is the essence of manufacturing in the broadest sense.” 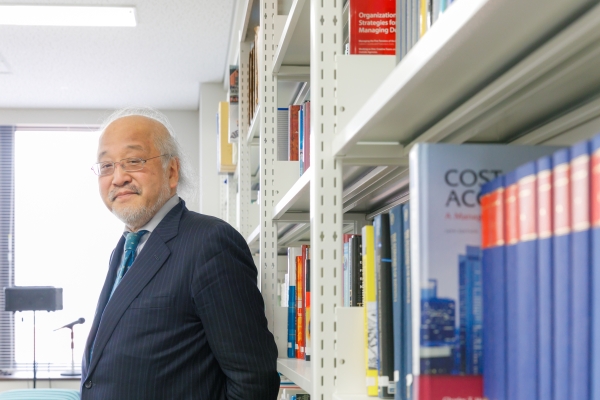