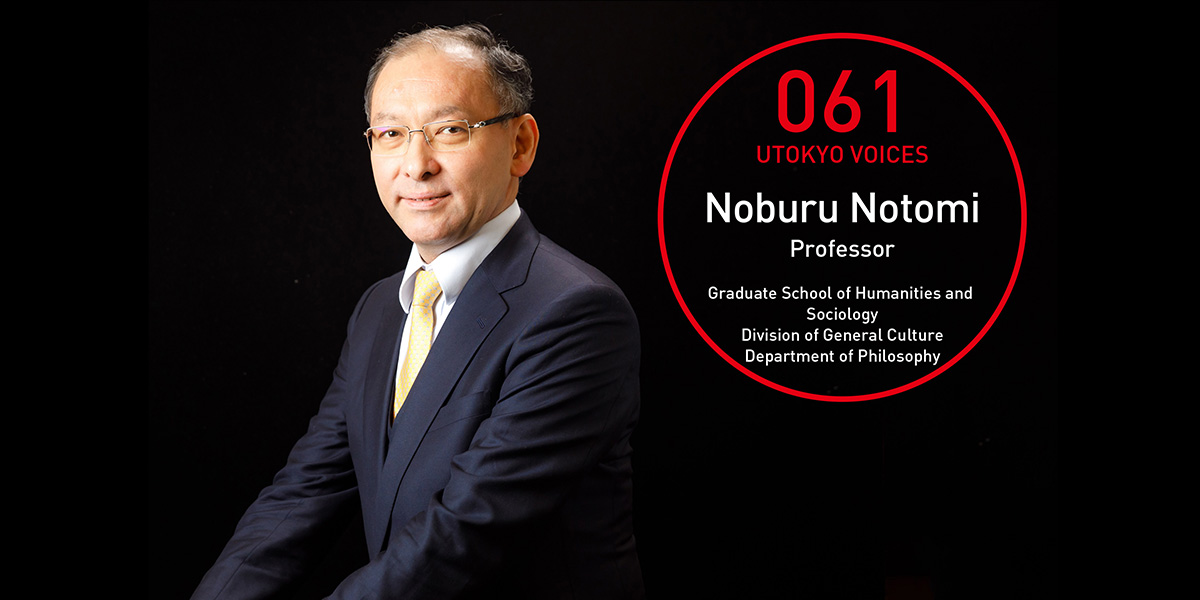 As a child, Professor Noburu Notomi — specialist of ancient Greek philosophy — had an affinity for the sciences, visiting the Shibuya planetarium every month.

During the summer break of his third year of junior high school, Notomi began thinking about his future. He read the book Tetsugaku no susume (Recommendation of philosophy) by Takeo Iwasaki, an authority on Kant, which explains that philosophy is the study of the basis of that which runs through all things. This profoundly affected Notomi. Astronomy and the limitless depths of philosophy, which had points of commonality with his thoughts about astronomy, made the young Notomi’s heart pound with excitement.

Notomi came to enjoy reading philosophy books and entered the University of Tokyo’s undergraduate humanities division, albeit without a firm intent. At university, he once again felt the allures of philosophy, and chose to focus on Plato, whose way of thinking matched his, both as literature and philosophy.

Greek philosophy is the most straightforward in terms of its foundation. Notomi says that, in particular, Plato investigated “why and how people philosophize,” and says that he too wants to “think about these things to the furthest extent possible.”

Philosophy is interesting because it can be discussed among anyone anywhere in the world, but Plato was “versatile in all subjects and was the one who established what philosophy is,” says Notomi. “He is a giant to whom I express gratitude, and amounts to a ‘common philosophical language’ that personifies how all ages, all countries, and the universe are connected.”

After leaving the University of Tokyo’s doctoral program, Notomi wrote his doctoral thesis at the University of Cambridge. Titled “The Unity of Plato's Sophist: Between the Sophist and the Philosopher,” his thesis deciphers Plato’s critique of sophists and was published in book form by Cambridge University Press.

Cambridge University Press would rarely publish doctoral theses, and in order to meet the requirements demanded of him, Notomi stayed behind for one year. The book was finally published after four hard years of supplementary work, and has become a widely read world standard for Sophist research.

“I happened to become a researcher over the course of doing what interested me, not looking at what would come next,” says Notomi as he reflects on his path up until now. He believes humans philosophize as long as they live, and are unable to do so otherwise.

“To know” is to realize that you “don’t understand,” and philosophy is the act of inquiring while realizing that you don’t understand things such as “death,” “nothingness,” and “happiness.” There may be no correct answers, but Notomi says that “by continuing to think, humans advance, grow, and progress.” Notomi explains that this is what makes humans unique, and that it’s important to persevere and not give up. Notomi calls this way of being “living while facing forward.”

With philosophy, people become aware of their own ways of thinking. By developing this, they can come to know “what they need to place in their hearts.” In other words, philosophy is needed to live proactively, and with regards to building this foundation, Notomi says that “the university is precisely the environment where everyone should learn philosophy.”

“In order to spread philosophy’s reach going forward, I want to endlessly continue to help communicate philosophy in an easy-to-understand way through translations and introductory books,” Notomi says in a gentle demeanor. Within this demeanor, one can sense the happiness and vigor with which Notomi lives every day, carrying deep in his heart the inspiration he felt in his youth. 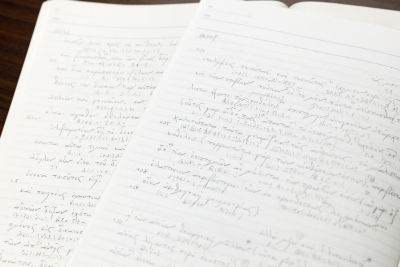 Notebook
In order to truly read the Greek texts used in classes and research, Notomi copies the texts in their original language into his notebook. “You’ll remember if you write by hand,” says Notomi. Speaking about his notebook with the source text on the left side and notes on the right, Notomi says, “Even if it gets worn out, I’ll just reinforce it with tape and continue using it.” 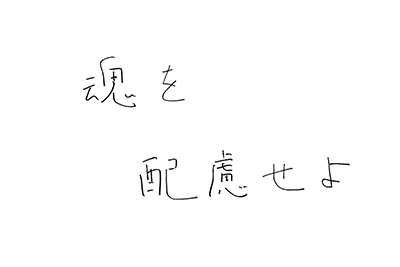 [Text: Tamashii wo hairyoseyo (“Care for the soul”)]
This phrase appears in Plato’s The Apology of Socrates. The “soul” refers to the “real self,” which Socrates wants us to “shift our attention to as it will bring happiness.” 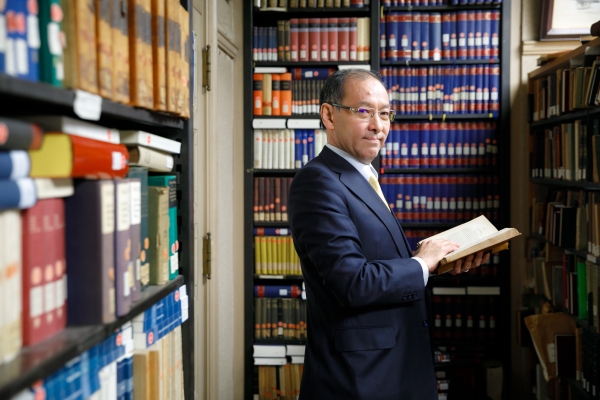 After withdrawing from the doctoral course at the Department of Philosophy, Graduate School of Humanities, University of Tokyo, acquired his Ph.D. in Classics at the University of Cambridge in 1995. From autumn 1996 worked as an instructor and assistant professor at the School of Letters, Kyushu University, and from spring 2002 taught philosophy at the Faculty of Letters, Keio University as an associate professor and professor, after which he transferred to the University of Tokyo in spring 2016. During that time, also conducted overseas research at Utrecht University in the Netherlands while participating in numerous international academic conferences and workshops on Greek philosophy around the world, energetically presenting research and conducting lectures. Served as chairman of the International Plato Society from 2007 to 2010 and is a committee member of the International Federation of Philosophical Societies (FISP).