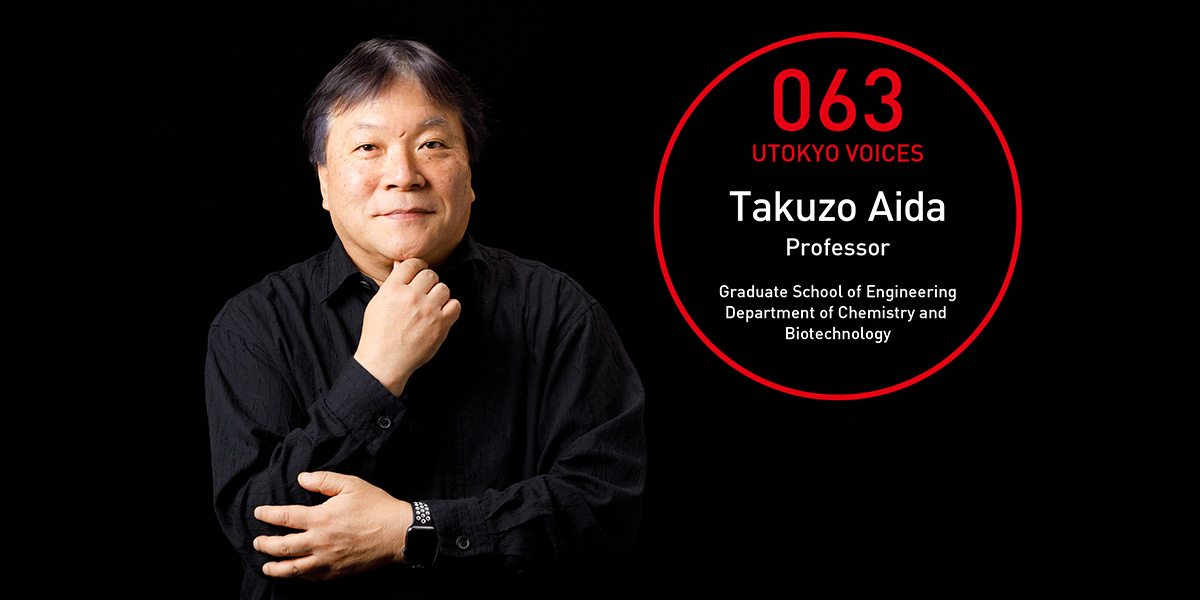 It was a year and a half into his doctoral course. By chance, after numerous failures, an experiment proceeded smoothly, and he was just concluding his analysis.

Having grown familiar with the measuring device, Professor Takuzo Aida should have been able to remove the post-analysis sample from the device without looking at his hands. But this time, he just couldn’t manage to grab the sample. Wondering why, he looked and found that his hands were trembling. Surprised at himself, he thought, “That must have really moved me!”

“Up until then, I had been the kind of person who never got emotional. Being of the generation that came after the student movement, I had quite a good grip on my senses. It was for this reason that, while riding my bicycle from the university to my boarding house, I boldly declared to myself: ‘I’ve decided. If research can move me like that, then I’m going to be a researcher.’”

Aida was straightforward and optimistic. “At that time, I didn’t think about how ‘being a researcher would come with its own struggles.’ I hadn’t thought at all about the future, actually.” It seems that Aida was living in the moment.

Aida’s research entails designing macromolecules and creating materials with unprecedented functionality. Aida astonishes the world by continuously creating materials that seem to be straight from science fiction. These include plastic and rubber that can be made simply by mixing small amounts of three types of powder in water, as well as glass that repairs itself when cracked.

“However, the end results of most of my biggest achievements differ from the material I originally set out to make. [laughing]”

Among Aida’s research topics, one is the development of the “adhesive” that attaches to proteins and DNA in the body. Aida briefly explains that it’s an adhesive at the molecular level and therefore referred to as a “molecular adhesive,” but when a student was designing a new version of a “molecular adhesive” and pushed together two fragments of an intermediate substance, they stuck to each other.

There would have been nothing strange about this if the materials were soft and sticky, but in this experiment, what had been used was a type of glass material whose surface was hard, smooth, and dry. It was very peculiar that they would stick together when simply pushed together. Aida felt that there was something of interest here. This intuition led to the creation of a type of glass that repairs itself even when cracked.

Aida says that the research goals he initially decides on simply serve as an impetus to start moving. What’s important is to not overlook what you find by chance during the process, and to be on the lookout for that particular “something” among the countless happenings every day.

“When something is unusual or goes wrong during an experiment, you won’t get any joy from just taking the shortest path possible to the solution. On the other hand, if you bring multiple pairs of glasses and look at the same phenomenon from a different pair, you may find that ‘perhaps, something of interest is happening there.’”

Aida’s research can’t be contained within the single domain of macromolecular chemistry. Crossing over into at least two domains, such as chemistry and biology, or chemistry and physics, Aida constantly switches over to multiple pairs of glasses, finding good fortune along the way.

A realistic person might find this research style of producing significant achievements via happenstance or trivial happenings dubious. But Aida remains calm, believing that “surely something will happen,” and prepares himself for that moment.

“Even the success of the experiment that led me to become a researcher was entirely due to chance.” This optimism leads to chances that happen once in a lifetime, which Aida won’t overlook. 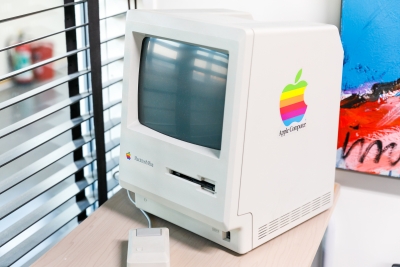 A first-generation Macintosh
“When Steve Jobs brought this small computer to the world, he showed us a ‘moment when the impossible was made possible.’ I believe that those who do something first support the challenges of those who come later.” 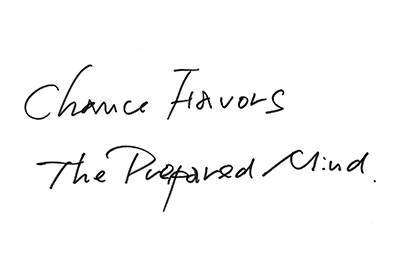 “Chance favors the prepared mind.”
Chance comes to those who believe something fortuitous will happen to them and who prepare and wait for it to occur. This is a quote from French scientist Louis Pasteur. 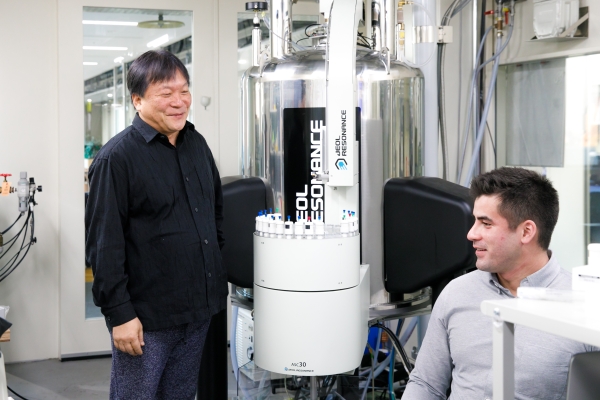 Graduated from Yokohama National University in 1979 and completed doctoral program at the Graduate School of Engineering, University of Tokyo, in 1984. After working as an assistant and assistant professor at the Graduate School of Engineering, University of Tokyo, he arrived at his current position in 1996. Served as ERATO project leader from 2000 to 2005 and has operated a group at RIKEN from 2009. Also has served as vice director at the Center for Emergent Matter Science, RIKEN, since 2013. Conducting innovative soft matter research on plastic that can be made from water as well as self-repairing glass, he has received numerous awards, including the Medal with Purple Ribbon and the Japan Academy Prize.