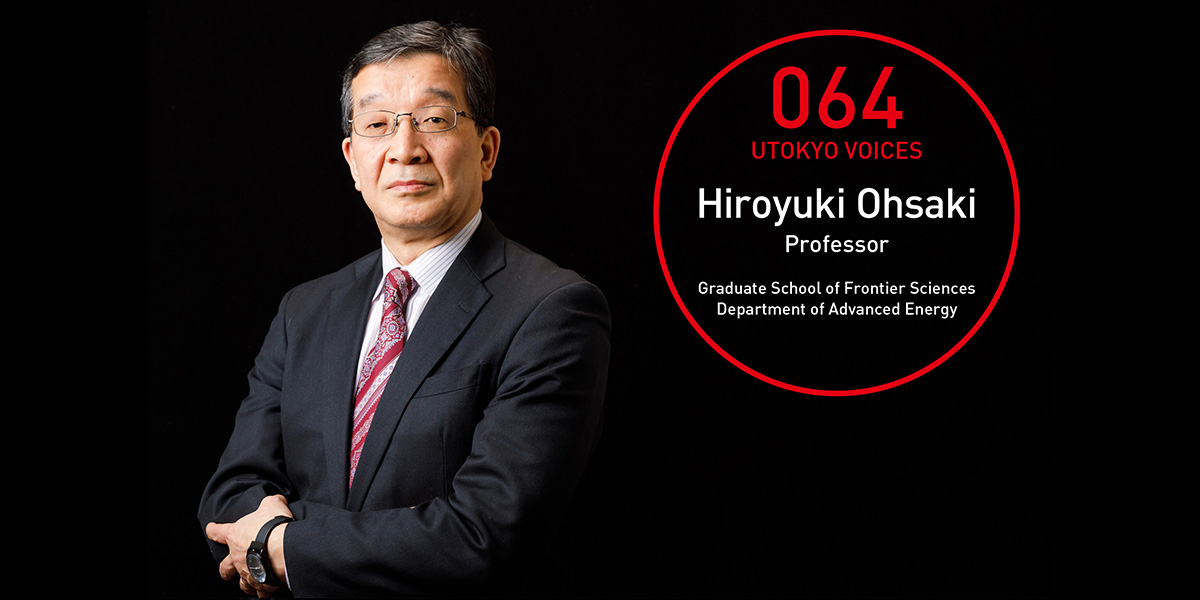 “Today’s airplanes, which use jet fuel, emit large quantities of carbon dioxide, and therefore major airplane manufacturers such as Boeing have launched research on the next generation of airplanes, namely electric airplanes. Nonetheless, immense energy is needed to drive airplane motors, and there is great demand for lightweight devices. As such, superconductivity — which can achieve high efficiency and low loss as well as be lightweight — is garnering attention as technology for the next generation of motors.”

“We see the results of the simulation and then experiment and directly pinpoint what goes well and what does not. Then, we provide feedback to enhance the simulation. This stage, which provides the greatest depth to the research, is the most enjoyable phase.”

Superconductivity is a technology capable of resolving issues concerning energy and climate change. The intended application of Ohsaki’s research isn’t limited to vehicles, and extends to electricity storage devices and power lines in the field of power energy, as well as space observation.

In addition, a research collaboration between JAXA and the Kavli Institute for the Physics and Mathematics of the Universe is conducting research on superconducting bearings and drive systems for observation devices mounted on artificial satellites.

“This research on the development of devices for observing cosmic microwave background will allow us to learn about the universe before the Big Bang. Controlling heat generation on earth is an incredibly serious task, and therefore we are utilizing superconductive technology, which can greatly reduce energy consumption. We usually interact a lot with engineering researchers, so it’s stimulating to have discussions with science researchers.”

Ohsaki’s affiliated department, the Department of Advanced Energy, is striving for “academic fusion.” The aforementioned research certainly appears to be a fusion with space science, but Ohsaki says that collaborative research alone can’t be considered academic fusion.

“What this department is striving for — multiple fields coming together to create new frontiers — is academic fusion. This is what I want to strive for.” 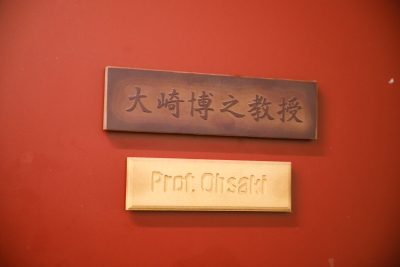 Nameplate
“This wood-carved nameplate was made by a student, who gave it to me as a present.” Amid the modern buildings of Kashiwa Campus, one can especially feel the warmth emanating from this handmade nameplate. 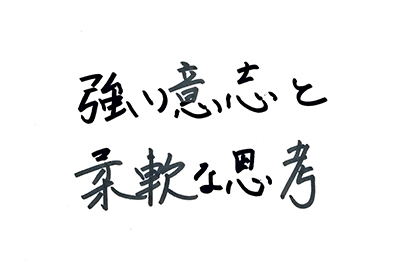 [Text: Tsuyoi ishi to junan na shiko (“A strong will and flexible thinking”)]
“During a test, when phenomena occur that differ from the simulation, one won’t be able to find the real reason behind the phenomena if they are bound by the knowledge, experience, and ways of thinking to which they have grown accustomed. One must be flexible with their thinking — this is what I often tell students.” 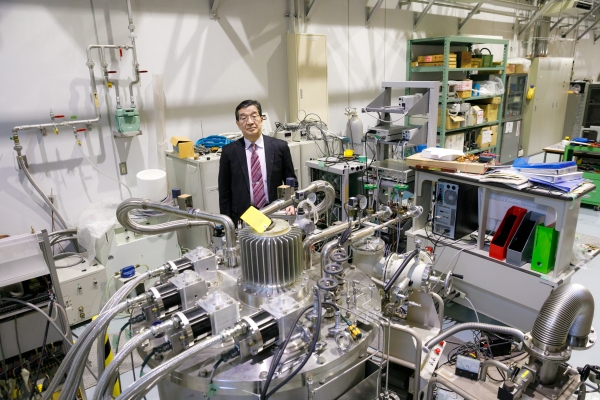 Completed doctoral program at the Graduate School of Engineering, University of Tokyo, in 1988. Served as an assistant, instructor, and assistant professor at Department of Electrical and Electronic Engineering, University of Tokyo; a visiting research fellow at RWTH Aachen University; and an assistant professor at Department of Advanced Energy, Graduate School of Frontier Sciences, before arriving at current position in 2004. Primarily involved in research on applying superconductivity to devices and systems, and on electromagnetic converters. Has received numerous awards, including the IEEJ Technical Development Award in 2004, The Society of Non-Traditional Technology Superconductivity Science and Technology Award in 2014, and the IEC Thomas A. Edison Award in 2018.