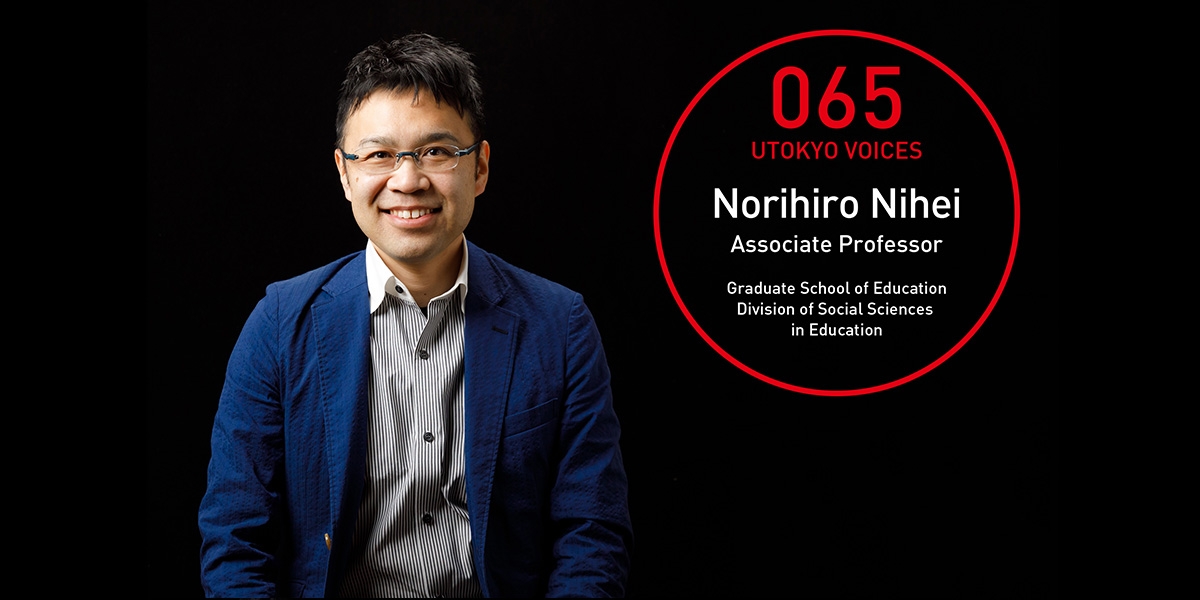 Breaking down cynicism through research out of self-discovery

With the rise of neoliberalism, in which states entrust welfare functions to the private sector, what accounts for the spread of social engagement activities such as volunteerism? Associate Professor Nihei, who addressed this question by examining the change in discourse around volunteering over 100 years, was once a young man who lacked an interest in society.

Although he had developed an interest in sociology after entering university, Nihei struggled to make up his mind about what to research. “I’d lived my life concerned only about things within a three-meter radius of myself, so I was a cynical student who had little awareness of problems in society and looked coldly on other students who devoted their efforts to political activism.”

In a fix, Nihei received some advice from his anthropology professor, who told him, “Go to the world that seems furthest away from you.” So he began volunteering at a facility for children with intellectual disabilities. From this experience he learned that, in fact, other young volunteers around him were also not especially interested in politics and society. He wrote his graduation thesis on politically indifferent volunteers, as though it was a projection of himself.

After entering graduate school, he decided that he wanted to explore the reasons behind this indifference toward politics. And sure enough, it was volunteering that provided the clue he needed. Nihei realized that the nature of volunteer activities had changed over time.

“There was a time when a social movement called the ‘settlement movement,’ which sought to support people suffering from poverty while bringing the rich and poor together, gained momentum in society. When and how did this change in the nature of volunteer activities, which were once closely linked to politics and society, take place? If I could answer this question, I thought, I would be able to understand the reasons for the indifference toward politics and society among young people.”

Nihei carefully studied the materials of an Osaka association, whose history dates back to the 1960s, and spoke to people involved in the association. In doing so, he traced the way in which those who had stood shoulder to shoulder with the student movement as volunteer political activists until the 1970s underwent a transformation in the 1980s, aiming for self-fulfillment.

He organized these findings in his master’s thesis, and then took his analysis back to the Meiji era in his doctoral thesis, culminating in the publication of The Birth and End of "Volunteering" in Japan. In addition, in his doctoral program, he conducted empirical research on the resonance between participatory democracy and neoliberalism amid the transfer of welfare functions, for which national and local governments ought to be responsible, to the private sector under neoliberalism.

“When volunteers engage in activities unrelated to politics, under rhetorical banners such as self-fulfillment, they are subcontracted to perform tasks that should really be handled by national and local governments. In order to break free from this dependency, I proposed that it was important to revive the approach that called for income security for volunteers, advocated in the 1970s by ‘Aoi Shiba no Kai,’ an advocacy group for infants with cerebral palsy.”

It is interesting that, from a similar perspective, we have also seen the development of approaches that seek, for example, to call out exploitative employers. On the other hand, cynicism toward volunteers is deeply rooted and has given rise to a paradoxical situation in which donations by entertainers are dismissed as publicity stunts, and those who do nothing are seen as honest persons. 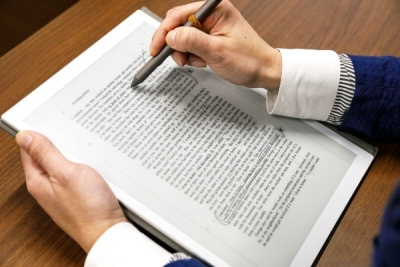 Electronic paper
“This ‘mini-library’ contains hundreds of books, materials, and essays. I can access it anytime, anywhere, so it is very convenient. It allows me to write down my ideas as soon as they occur, so I cannot do without it.” 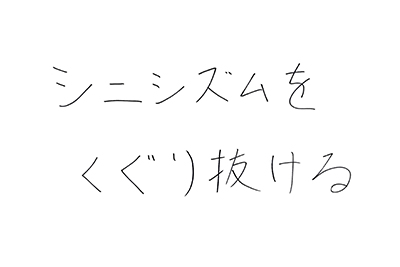 [Text: Shinishizumu o kugurinukeru (“Run the gauntlet of cynicism”)]
“At graduate school, I was involved in various movements, including activities to support the homeless. When I took part in demos, I noticed the frosty stares of passersby. That was me, many years ago. And that is why I see my role as creating words that get through to those people.” 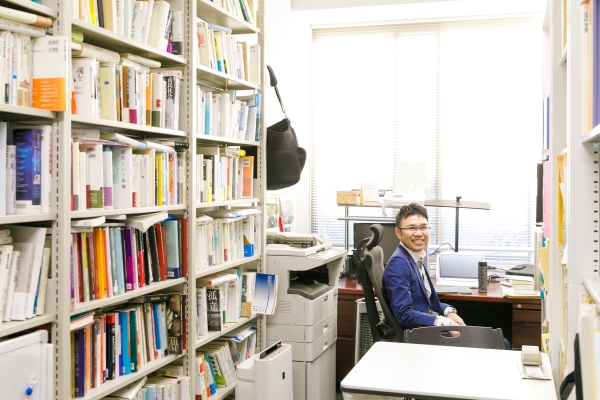