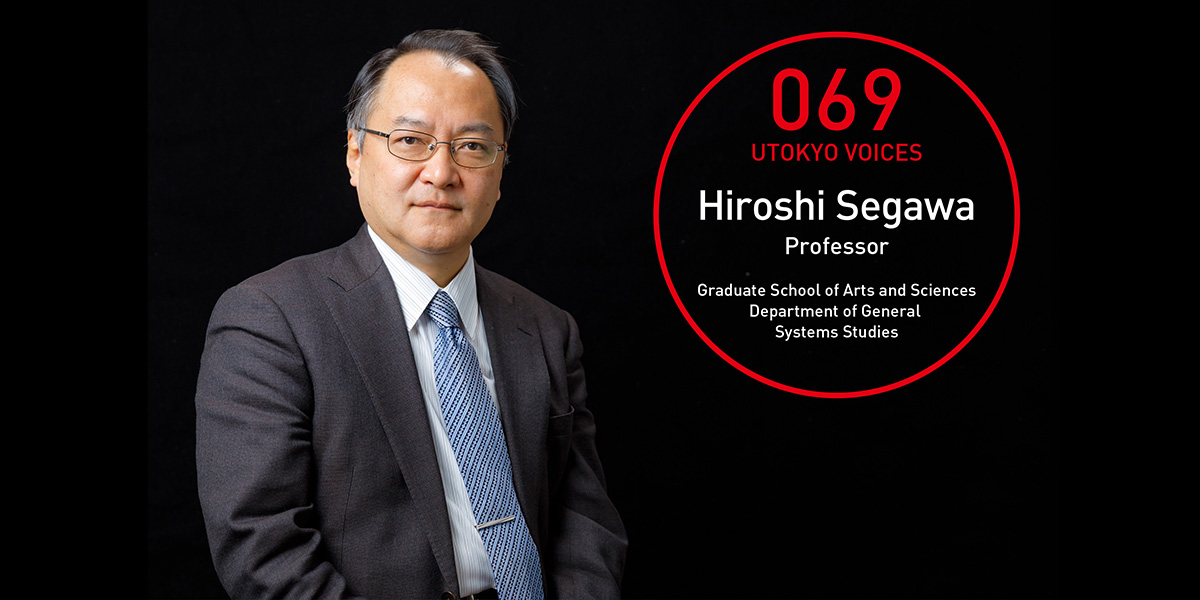 In his garden there are mandarin orange trees, grape vines and cherry trees that bear fruit every year. Professor Hiroshi Segawa delights in the colorful scene that lets him realize the blessing of solar energy. He says, “I love watching fruit-bearing plants grow.”

Even when he was a child, Segawa was growing vegetables in his garden. Plants make use of solar energy to produce a variety of organic compounds from water and carbon dioxide. As a young boy, Segawa was fascinated by the amazing photosynthesis process.

When the world was hit by the oil crisis in the 1970s, Segawa began thinking that in the future, he wanted to make a contribution that would help Japan solve its energy problem. If, like plants, we could effectively utilize solar energy, we would be able to solve both energy and environmental problems at the same time. Photosynthesis and energy. Looking back, these two became the cornerstones of his work in scientific research.

When he went on to study at Kyoto University, he was not thinking of going into research, but during his second year, Kenichi Fukui, a faculty of his department, became the first Japanese scientist to win the Nobel Prize in chemistry. Segawa became aware of the high level of chemistry research in Japan and was deeply inspired.

In graduate school Segawa studied under Kenichi Honda — the leading authority in the field of photochemistry, who was known for the discovery of the “Honda-Fujishima effect” — and worked on such projects as the production of hydrogen with a photocatalyst, and research to explain the mechanism of photosynthesis. After becoming a research associate at Kyoto University, he moved to the University of Tokyo as associate professor, where in 2001 he took part in a research project led by Akira Fujishima, the successor of Kenichi Honda’s lab, and became intrigued by “photochemistry research that is useful to society.”

Crystalline silicon solar cells were and still are the most widely used solar cells, but the problem with silicon-based products is the high cost. One of the promising alternatives that use different materials is the “dye-sensitized solar cell,” a photovoltaic cell which uses dyes that absorb light and create electricity.

Photosynthesis is a process that creates nutrients from the energy of light, while solar cells convert it into electricity. In his mind, Segawa connected photosynthesis to electricity generation. From this point he began his full-scale foray into solar cell research.

“The crucial disadvantage for solar cells is that the moment light is cut off, electricity generation stops. Plants, on the other hand, remain active even during the night time when there is no sunlight shining on them. That is because they have a mechanism that allows them to store energy that was produced during the day,” said Segawa.

Based on this observation, in 2003, Segawa managed to develop the world’s first solar cell that could generate and store energy. Moreover, the production cost was much lower compared to silicon-based solar cells, the manufacturing process was simple, and the solar cell could be fashioned in different colors and designs, and could be attached onto glass surfaces creating a stained-glass effect.

However, dye-sensitized solar cells have a lower energy-conversion rate compared to their silicon-based counterparts. In order to solve this problem, Segawa, who was appointed key researcher for a national research program in 2009, launched a project to develop a solar cell with higher efficiency.

In 2012, project members unveiled the “perovskite sensitized all-solid-state solar cell” which was derived from the dye-sensitized solar cell. It was an innovative solar cell with huge potential that could far exceed existing solar cells. The discovery sparked excitement and boosted research in the field.

In 2015, Segawa achieved the world’s highest power conversion efficiency with a perovskite-based solar cell, but the record was immediately overtaken by another overseas research group, fueling the ongoing competition to advance research and development.

Though the power conversion efficiencies of perovskite solar cells are already almost comparable to those of silicon-based solar cells, Segawa is working on ways to further enhance efficiency, and to replace such materials like cesium which are rare and expensive, or harmful like lead — with other materials.

“Plants can grow and bear fruit with sunlight alone” — the awe that Segawa felt as a child towards photosynthesis became the seed which began to grow and put out shoots during his student years, which has now become a tree dedicated to solar cell research. Every project successfully pursued by Segawa becomes another branch that bears a bounty of fruit that can be passed on to people all around the world. 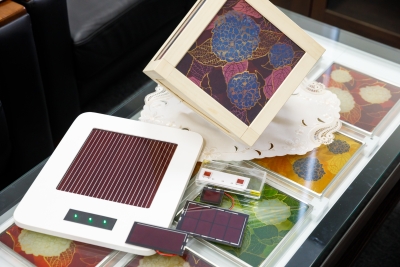 A collection of solar cells
A sample of various dye-sensitized solar cells that Segawa has made so far. The panel with a hydrangea pattern is a solar cell with a power storage function: the green leaf generates electricity which is stored in the petal parts. The petals turn darker in color when they store electricity, and turn white when electricity is discharged. 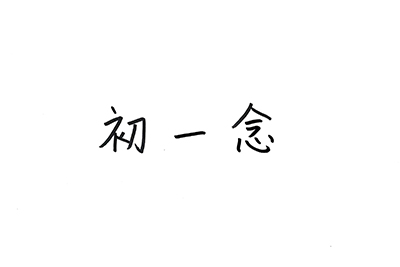 [Text: Shoichinen (“Original intention”)]
Shortly after Segawa entered Kyoto University, Kenichi Fukui, professor at Kyoto University, was awarded the Nobel Prize in chemistry. After class, Segawa asked Fukui for an autograph on his textbook. That is when the Nobel laureate penned these words. Segawa says: “I take this to heart and hope to continue working without forgetting my original intention.” 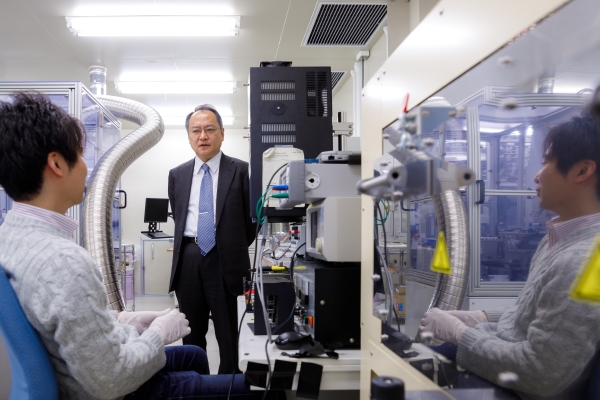 Received his Ph.D. in Molecular Engineering, Graduate School of Engineering, Kyoto University in 1989. After working as research associate, Division of Molecular Engineering, Kyoto University; associate professor, Department of General Systems Studies, Graduate School of Arts and Sciences, the University of Tokyo (UTokyo); became professor, Research Center for Advanced Science and Technology (RCAST), UTokyo in 2006. From 2010 to 2016, director, Academic-Industrial Joint Laboratory for Renewable Energy; has been serving current position as professor, Graduate School of Arts and Sciences, Department of General Systems Studies, UTokyo since 2016. Also, since 2012, has been serving as director, Komaba Organization for Educational Excellence (KOMEX) Special Division of Environmental and Energy Sciences. Research interests include next-generation solar cells such as perovskite solar cells (organometal halide solar cells) and quantum dot solar cells; and is engaged in a wide range of education in the field of environment and energy. Since 2015, has been project leader of NEDO’s collaboration project between industry and academia “Research and Development Project of Low Cost Perovskite Solar Cells.” Recipient of Commendation for Science and Technology (Research) by the Minister of Education, Culture, Sports, Science and Technology, 2019.