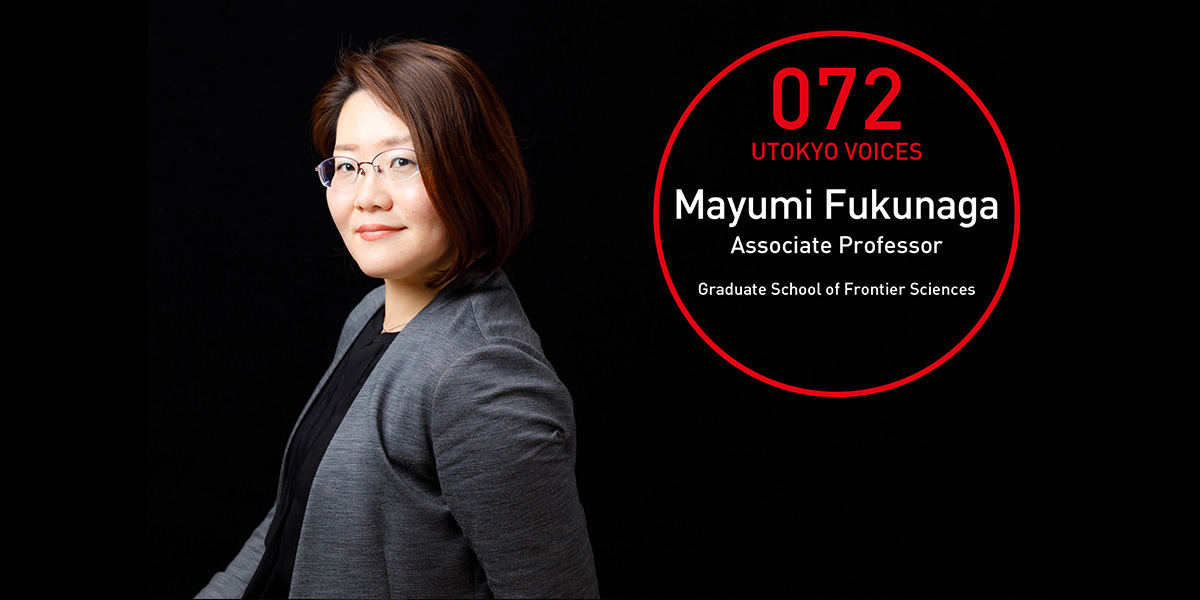 Associate Professor Fukunaga moved from the Seto Inland Sea to Iwate Prefecture in her fourth year of elementary school due to her father being transferred. In Iwate, she once saw her friend being asked by her grandmother to go to the stationery shop to purchase gift boxes so that they could “give gift boxes of salmon.” She was surprised that errands in that region included giving salmon as gifts and buying boxes to put salmon in.

When the local ways of life are different, the foods, too, are different and the skills that people need to live and the way they perceive things are different. As such, the move to Iwate was a formative experience for Fukunaga.

Fukunaga returned to the Seto Inland Sea in her third year of junior high school, and spent her three years of high school in Ehime. The ecosystem was different from that in Iwate, and as a result, the foods eaten by the local residents were too. This led Fukunaga to become interested in the relationship between living things and humans. When she went to university, partly because environmental issues were garnering attention, she chose the field of international politics at Tsuda University, based on her insight that arrangements between people change their environment.

Nevertheless, there were many twists and turns before Fukunaga arrived at her current line of work. During university, when participating in conferences and the like relating to international politics, she became concerned with the question of what serves as the basis for decision-making regarding environmental problems. During the second year of her master’s course, she studied under an environmental activist in the United States. The reason was that she believed there are aspects of the environment that only “on-the-ground local residents,” who are rooted in and actually living in regions are aware of, and that there is a need for people who can point out problems that are only visible from this local perspective.

It was here that she became aware of her own sense of values. She comments, “I got the impression that in the business world it is difficult to put into words how local residents that one has observed perceive the environment and what aspects of the environment they enjoy.” In the environmental world, “sustainability” is a key proposition, while in the business world it became little more than an advertising slogan long ago. Recognizing the need for people in academia to put residents’ values into words, Fukunaga completed a doctoral course at the University of Tokyo before arriving at her current line of work.

She states, “Without academia, discussions on politics and the environment end up being swallowed up by business. I am currently working to create the words and logic regarding what we want to leave behind, and for whom.” In other words, this means creating the “on-the-ground logic” that local residents, who are rooted in regions, value. This is an area that she believes has perhaps not been studied enough.

After the Great East Japan Earthquake, Fukunaga walked around Iwate Prefecture and summarized her experience in a book called Sake o Tsukuru Hitobito – Zoshoku kara Saisei e (“Futuring salmon: From artificial propagation to regeneration of social nature” [tentative]) (scheduled for publication in October 2019). She comments, “In the book, I have summarized the topic that is most important to me, which is how humans have changed the status of other living things, and vice versa. Taking living as consumers as a premise creates a dichotomy in which other living things tend to be spoken of as if they are either livestock or wild animals to be enjoyed for leisure. Nevertheless, there are many creatures that humans relate to that do not fall under either of these categories. At the same time, objects that humans have created become factors, further complicating the way that humans and other living things affect each other, in a hybrid manner. As such, this topic is varied and interesting. That is the focus of my book.”

As for what Fukunaga finds attractive about her work, she expresses her passion regarding communities that are based on on-the-ground logic, saying, “I can meet and speak with various people while experiencing first-hand the appeal of living among humans, other living things, and objects.”

She adds, “Other living things can be seen to have ‘depth’ in that they are unable to reject or categorize humans according to birthplace and the like. As society changes, living creatures, which greatly impact our five senses, can serve as hubs that bring people together. I hope that we can conceive of a society in which humans and other living creatures can be connected starting at familiar places such as the dining table.” 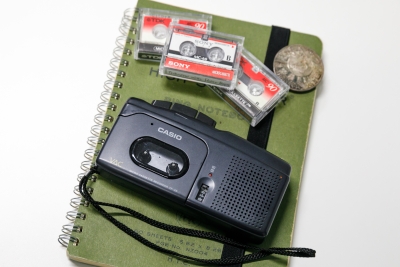 Microcassette recorder
Fukunaga uses this treasured tape recorder, which is handy for interviews, in order to gather comments from on the ground. She comments, “Younger people probably don’t even know what a tape recorder is, but our professors used to say how lucky we were to have them when they first came out.” 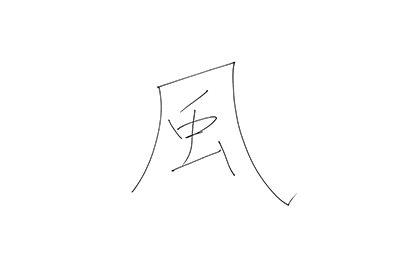 [Text: Kaze (“Wind”)]
“Academia has the power to make what was previously invisible visible. I walk around various places and hope to be like a wind that spurs things into action.” 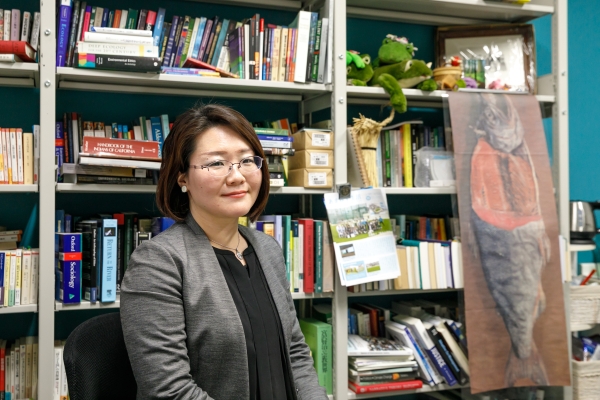