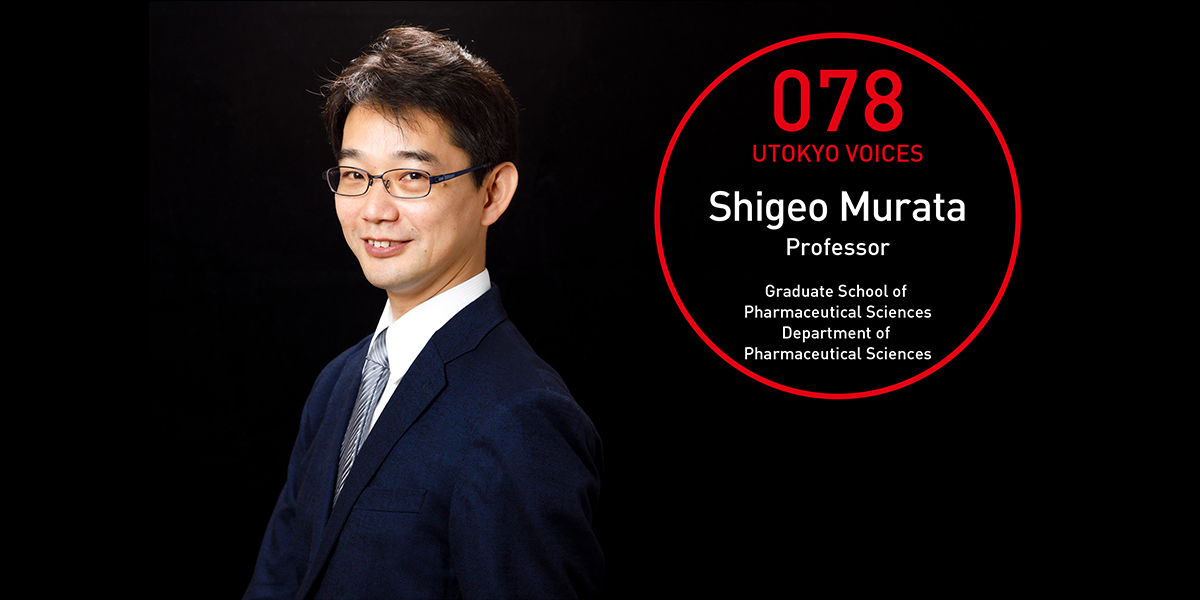 Most people have probably never heard of proteasomes. Put simply, they are protein complexes that serve as a catalyst in breaking down proteins within the cell that are no longer needed.

Building proteins is a biological process essential for the body to function; but when proteasomes were first discovered some 30 years ago, few scientists understood the importance of having a protein-destroying process as well. Even when Professor Shigeo Murata embarked on his research into proteasomes 20 years ago, only a relatively small number of researchers in a very narrow field were aware of their significance.

“It didn’t bother me that people paid little attention to this field. After all, the scientist’s job is not to get caught up in a rat race chasing the trendiest fields where people have placed high expectations. I wanted to discover something that no one has ever seen before, something new that would surprise them,” says Murata.

After graduating from the University of Tokyo Faculty of Medicine, Murata set out to become a physician. His intention was to treat patients with rheumatism and other diseases affecting connective tissue — conditions for which no fundamental therapies have been found — while conducting clinical research to discover effective methods of treatment for these disorders.

However, he came to a crossroads in his life when one day he attended a lecture by Dr. Keiji Tanaka, the discoverer of proteasomes. Convinced that this mechanism was essential to sustaining life, Murata switched his focus from medicine to basic research.

As research gathered pace around the world, it became clear that proteasomes are deeply involved in numerous difficult-to-treat medical conditions, including cancer, Alzheimer's disease and immune system disorders.

In 2007, Murata showed that a proteasome found in the thymus, an organ situated behind the breastbone, plays a key role in the body’s selection of immune cells that detect only harmful, and not healthy, cells.

“Many scientists knew that such a mechanism must exist in the thymus, but no one had actually confirmed it until then,” Murata says.

This finding was of huge significance to immunologists around the world. It was published in the scientific journal Science, and subsequently added to life science textbooks as an important life mechanism.

It’s not hard to understand how a person might be driven to take up clinical research out of a desire to find treatments for intractable disease and save people’s lives. On the other hand, making a direct link between basic research and its application to our well-being is not so obvious. However, Murata is assured that the more fundamental the research, the more people it will benefit in the long run.

“If we can find yet-unknown molecules and mechanisms that are fundamental to life, we can unlock the secrets underlying numerous diseases,” he elaborates.

Basic research holds great promise to help understand diseases that are most difficult to treat. To Murata, basic research in life science and the treatment of intractable diseases are two sides of the same coin.

We have now reached a point where proteasomes have become a hot topic, not only with researchers but also doctors in clinical settings, and there are already anticancer drugs that act on proteasomes that are proving effective.

“I’m currently researching the relationship between proteasomes and aging. We know that the lifespan in nematodes (roundworms) and some other animals in the lab increases when deterioration of proteasome function is halted, so I want to know what would happen in mammals, including humans,” comments Murata on his current research.

With that, Murata’s search continues for discoveries that all yearn for, but which remain elusive. 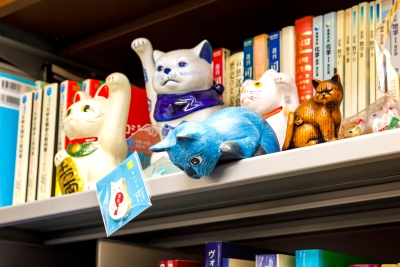 Cats
As a cat lover, Murata began collecting ornamental cats. As his collection grew, people would give them to him as gifts. There are also many he acquired during trips abroad. As for the classic maneki-neko beckoning cat in Japan, Murata jokes, “It’s to attract research funding.” 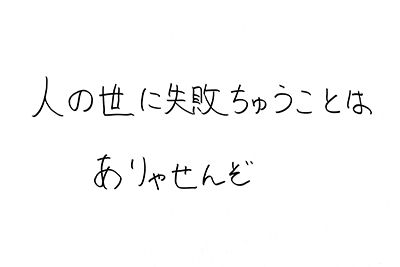 [Text: Hito no yo ni shippai chuu koto wa aryasen zo (“In life, there is no such thing as failure.”)]
This is a line by historical figure and protagonist Sakamoto Ryoma in Ryotaro Shiba’s novel Ryoma ga Yuku (Ryoma Goes His Way). “When an experiment doesn’t go quite the way you anticipated, it’s not a failure; it suggests that something unexpected is happening. It could be that something interesting or yet undiscovered lies hidden there.” 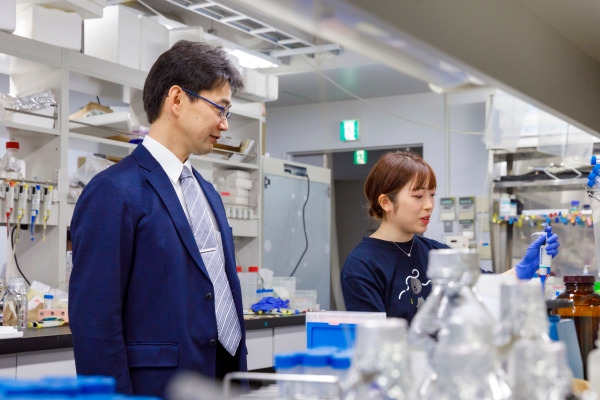 Graduated from the University of Tokyo Faculty of Medicine in 1994. Carried out research in the University of Tokyo Graduate School of Medicine doctoral course while practicing as a physician. Inspired by an encounter in 1997 with Dr. Keiji Tanaka, pioneering researcher of the ubiquitin proteasome, which regulates the breakdown of proteins in the body, made the decision to leave medical practice and devote himself to basic research, in 1998. Completed his doctorate in 2000. Held various positions including senior researcher at the Tokyo Metropolitan Institute of Medical Science, and has served in his current post since 2007. Has received numerous awards, including the Japan Society for the Promotion of Science Prize, Academic Award of the Mochida Memorial Foundation and the Kakiuchi Memorial Award.