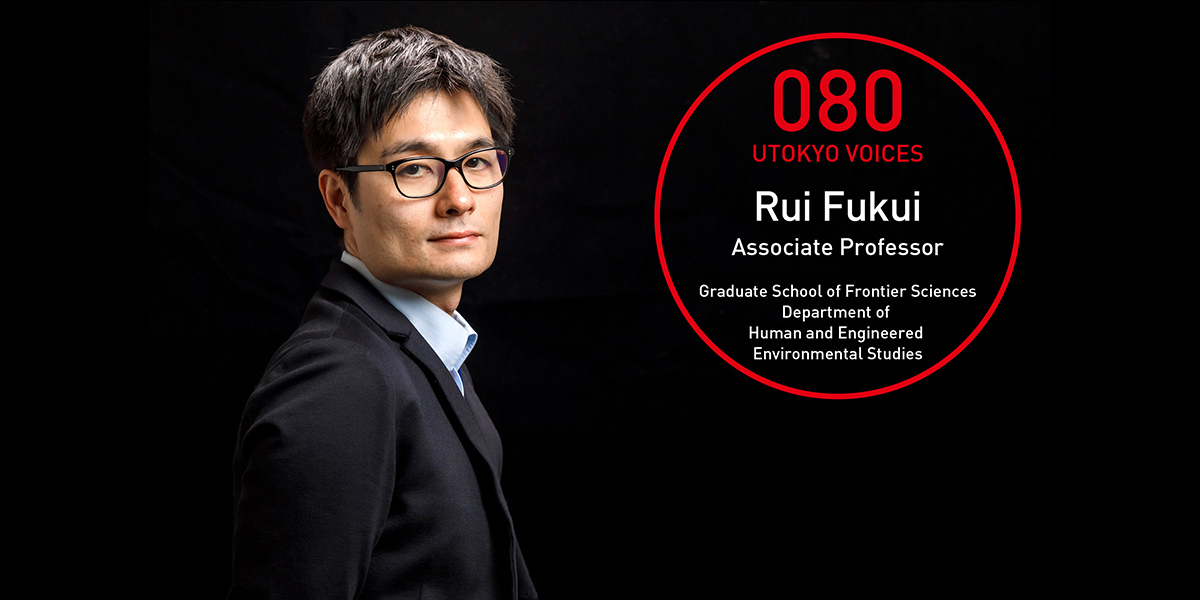 Plastic models of Mobile Police Patlabor robots sit on a bookshelf in the laboratory of Associate Professor Rui Fukui. And it is perfectly clear why, of all the robot-themed Japanese animation series, he likes Patlabor, the anime starring futuristic police robots.

"It’s because Patlabors aren’t battle robots, but out there working for people," he explains.

Fukui became a robotics researcher out of the desire to build robots of use to people. And there are all sorts of jobs where a robot might have an advantage over humans and where people can assign their roles to machines — from simple tasks such as checking for product defects, to dangerous ones in places difficult for us to work in.

A Patlabor-like android, however, is not what Fukui is working to create right now.

He explains: "The way I see it, to create a really effective robot doesn't mean packing all the functions you want into a single robot, but distributing those functions over multiple robots. Such a distributed, integrated robot system that effectively brings those functions together is a better idea."

For example, in today's underground mining pits, excavating, loading and conveying are handled by a single vehicle. Fukui would divide these three tasks between two robots — one for digging and lading, and the other for hauling — and has come up with a system in which they work in concert. He also ran a simulation, which demonstrated how this would dramatically boost productivity.

Says Fukui, "This robotic research is a joint project with a construction equipment manufacturer, which is acquiring patents for it not only in Japan, but worldwide. And another thing that I see as very important is the environment in which a robot can fully demonstrate its capabilities."

Automobiles can travel quickly only in environments with paved roads, traffic lights and other infrastructure in place. Their movement would otherwise be limited to a crawl without such an environment, no matter how many high-grade functions they might have. Likewise, house-cleaning robots need an environment with few obstacles on the floor to operate effectively.

There are environments that are suitable for robots and those not so much. If you continue placing robots in environments built for people, all you'll get are robots always a little clumsier or less smart than humans.

"That’s why the environment in which a robot operates is a vital factor in the distributed, integrated robot system that I've conceived."

For example, a robot that travels across the floor to transport objects needs complex control to prevent it from colliding with people, and is limited in how fast it can go and how much weight it can carry. But the robot Fukui is currently working on hangs from the ceiling and can travel autonomously at 1.0 meter-per-second (m/s)-speed, and carry objects up to 60 kilograms.

Fukui explains that keeping spaces where robots operate apart from those where people are is also a component of building a suitable environment.

Invariably, what people want is a multifunctional android that can move around in any environment, which is just the kind of humanlike robot that inspired Fukui as a child. Yet, his research has now taken him in quite the opposite direction.

"Even when we're talking about humans, a single superperson able to solve all the world's problems is a pipe dream, right? Each person has their strengths and weaknesses, and by everyone pulling together their strengths and compensating for one another’s weaknesses, we achieve tremendous power. And, the way I see it, robots are the same."

For this young robotics researcher, the aim is not to pursue robots for robots’ sake, but to create robots of use to people by keeping human happiness at the forefront of his mind. 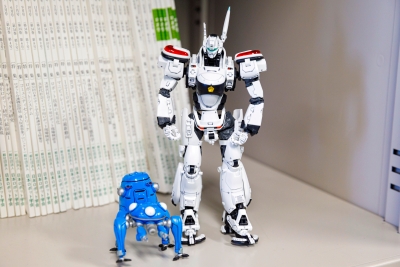 Plastic models
Fukui assembles plastic models of anime robots, not only those that appear in Patlabor, like the two pictured here, but Gundam robots as well. He says, "I empathize more with Patlabor, which labors on the ground, than with Gundam, which battles in the air." 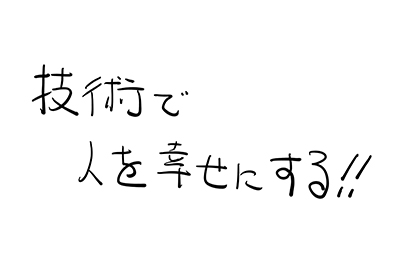 [Text: Gijutsu de hito wo shiawaseni suru!! (“Making people happy through technology!”)]
"Some see technology as not necessarily bringing happiness to people, pointing out, for example, that machines and AI (artificial intelligence) can displace people from their jobs. But so far, technology has changed people's lives for the better, and I believe that's what technology is all about." 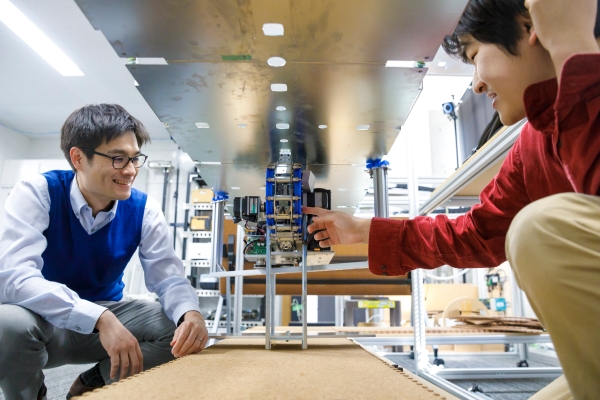 Obtained a master's degree from the Graduate School of Information Science and Technology, the University of Tokyo, in 2004, and joined Mitsubishi Heavy Industries. Left the company in 2006 to enroll in the Ph.D. program at the Graduate School of Information Science and Technology, and subsequently received a doctorate. Became an assistant professor at the same Graduate School, then a project assistant professor at the Graduate School of Engineering, before being appointed to his present position in 2016. Currently pioneering the new research field of “distributed, integrated robots,” fusing mechanical engineering and information science. Main research fields cover construction and mining equipment systems, self-driving truck convoy systems, wearable input devices and other areas. Also actively taking part in research involving university-corporate collaboration.