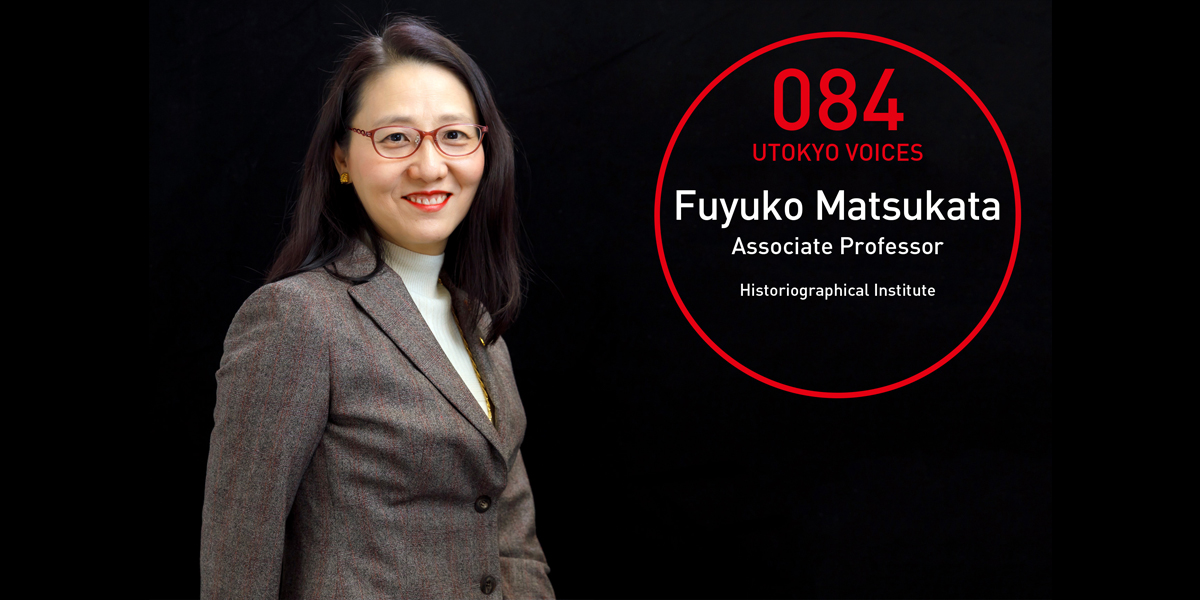 From her office at the University of Tokyo’s Historiographical Institute, a bastion for the preservation of Japanese history, Associate Professor Fuyuko Matsukata has her sights set on expanding her research base to construct a “new world history.”

“Until now, world history has been written from a Western perspective projected onto the entire world,” Matsukata explains. “According to this narrative, as nations prosper, they look beyond their borders to accumulate wealth and gain power. Some countries fail to do that and others succeed. That’s how the conventional theory of history explains the development of nations. But in fact many countries do not fit that model at all.”

Japan is one such country, which does not fit the mold. But historians who take the traditional approach might classify Japan as a special case by citing its longstanding former policy of national isolation, or sakoku, and try to integrate the country into their overarching interpretation of the world. Matsukata, who has studied the history of Japan’s foreign relations by examining Dutch texts, has long found the gap between East and West unsettling.

“A world history written from a Eurocentric point of view cannot accurately describe the history of Japan or other Asian countries. Yet, at the same time, we shouldn’t just brush this matter aside by saying that researchers from other countries are incapable of understanding our history,” Matsukata says.

So how might one propose a new theory of history emanating from Japan that pushes for a broader view of the world?

One of the source materials Matsukata has found to help form a theory is kokusho, diplomatic letters from heads of state. Among the best known is the letter delivered by the mission of Prince Shotoku (574-622) to the Sui Emperor in China, which contained the first known reference to Japan as hi izuru tokoro: the Land of the Rising Sun. These diplomatic missives from the sovereign of one country to that of another played a crucial role in Japan’s foreign relations throughout its history. Diplomacy through such letters is also found in the histories of the Korean Peninsula and Southeast Asia.

This concept of kokusho is notably absent in the history of the West, where diplomacy was conducted through intermarriage among royal families and through diplomats. From the perspective of a Western-centered world history, then, diplomacy effectively did not exist in the East. While this conclusion lays bare the limitations of the Western-oriented approach, kokusho, on the other hand, can broaden the scope of historical study.

In recent years a movement has begun to construct a new world history, called global history, which breaks free of a Eurocentric approach to world history or the simple juxtaposition of isolated country histories. By engaging in repeated dialogue with Western historians and with the support from Asian colleagues, Matsukata is working to incorporate the knowledge and insights gained from Japanese history into the framework of global history.

How the term “global history” is defined varies from historian to historian. Matsukata says that her goal is to create a history of the world that everyone can call their own.

“It may be that building such a history of the world is impossible,” Matsukata muses. “It might be impossible to translate it into the written word, as well. There is likely no single correct answer. But it’s important that we embark on a journey to get closer to our goal by taking incremental steps.”

Matsukata’s goal is a theory of history that fits the wider world, not merely one focused on the West. Like a natural scientist, Matsukata is searching for the fundamental laws that govern the world.

“I’ve always loved mathematics and philosophy. Topology is especially fascinating to me because of its unfettered and versatile approach of treating circles and squares not as separate shapes but as deformations of the same thing.”

A history of the world that does not treat East and West as irreconcilably different, nor deals with only one as if the other did not exist, but encompasses the entire world — Matsukata’s topological approach may be the technique that succeeds in weaving a new world history. 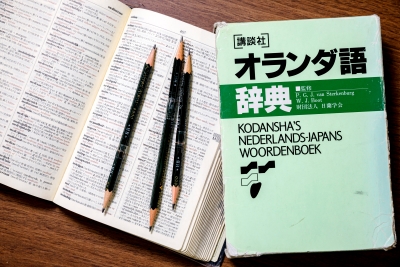 Dictionary and pencils
Matsukata is an avid fan of her Dutch-Japanese print dictionary, replacing it when it begins to fall apart from heavy use; she is now on her seventh copy. Matsukata keeps using her pencils even when they get too short to write with, by taping them together. “When I lose one, somebody always finds it and says, ‘Hey, this must be Matsukata’s!’” she says with a laugh. 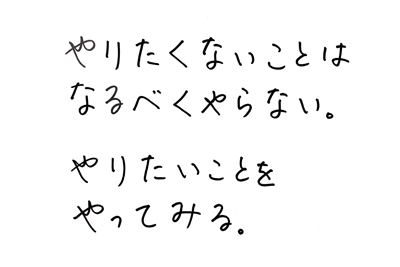 [Text: Yaritakunai koto wa narubeku yaranai.
Yaritai koto wo yattemiru.
(“Avoid doing the things you don’t want to, if you can.
Try doing the things that you want to do.”)]
“If you’re forced to do something you don’t want to, you become passive. But if there’s something you want to do, you enjoy it even if you’re not good at it. Then, if it doesn’t work out, you can stop doing it on your own volition. I’m determined to be the agent of my own life.” 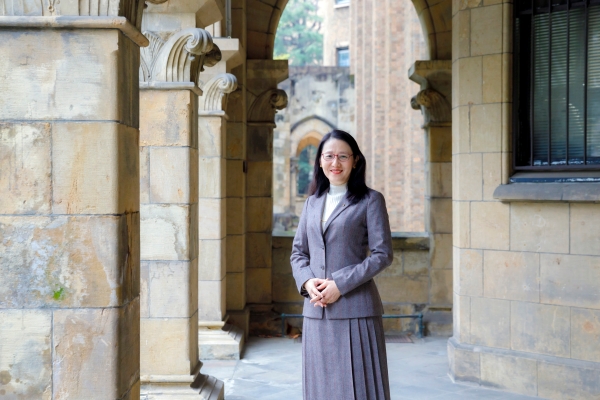 Completed doctoral work at the Graduate School of Humanities and Sociology at the University of Tokyo in 1993, and began work as an assistant at the University’s Historiographical Institute the same year. After becoming assistant professor, was appointed associate professor in 2006. Obtained her doctoral degree in 2008. Currently conducts research on the history of global diplomacy, focusing on early modern Japanese history, drawing on Dutch and Japanese historical texts. Her book, Oranda Fusetsugaki to Kinsei Nippon (Dutch Reporting of World News during the Tokugawa period, 1641–1859), was awarded the Kadokawa Gen’yoshi Prize in History in 2008. Other works include Oranda Fusetsugaki (Dutch News Reports), as sole author, and Nichiran-kankeishi wo Yomitoku (Jo): Tsunagu Hitobito (Deciphering the History of Dutch-Japanese Relations, Vol. 1: Connecting People) and Kokusho ga Musubu Gaiko (Diplomacy by Kokusho), as editor and contributing author.