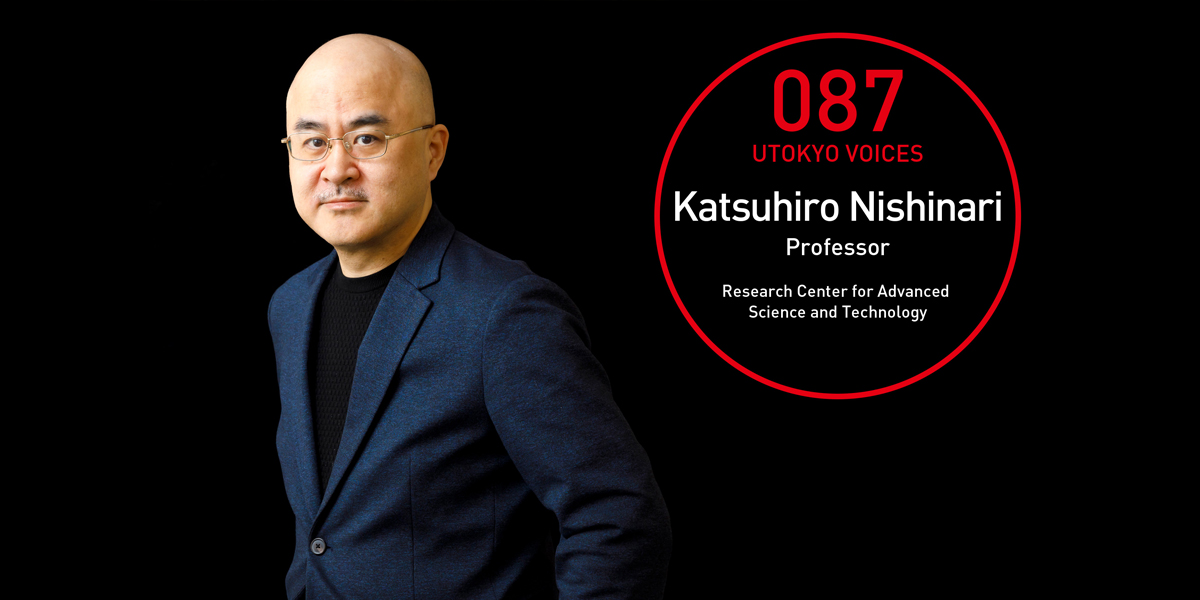 Professor Katsuhiro Nishinari remembers when he was a child being knocked around like a pebble in the vast crowd of Tokyo’s Shibuya district. It was the first time the elementary school boy from neighboring Ibaraki Prefecture experienced the throng of the big city.

In what felt like the ground suddenly buckling beneath him, even though it hadn’t shifted at all, Nishinari passed out.

“I had my head examined at the hospital,” says Nishinari, “but the test showed nothing abnormal with my brain. The doctor said, ‘This boy probably has an aversion to crowds.’”

True to that doctor’s assessment, young Nishinari grew into an adult who disliked crowds and congestion.

“On the other hand, I always had an interest in stars and the universe,” says Nishinari. “I loved Space Battleship Yamato (a Japanese science fiction animation series). I studied advanced mathematics at university because I wanted to be an astrophysicist, and then went on to graduate school to pursue fluid dynamics, which involves a lot of mathematics.”

Although Nishinari was passionate about mathematics, there was one problem: He felt mathematical research was far removed from resolving social issues. However, he really wanted his research to contribute to society. So after much thought, he came up with using mathematics and physics, his strengths, to overcome congestion, his weakness.

“For more than four years, though, no one cared about my work,” says Nishinari. “At academic conferences, people left the room when it was my turn to talk. Once only the moderator and I remained – I was so upset I was in tears.”

Yet today, the study of “jamology” conceived by Nishinari is being embraced in many quarters.

One of Nishinari’s first major achievements was to mathematically unravel the mechanism of spontaneous traffic jams on highways. According to his theory, traffic jams can be avoided, without resorting to such herculean efforts as building additional bypasses, simply by maintaining a distance of 40 meters between vehicles.

But Nishinari’s work does not end at clarifying the mechanism and establishing a theory. For his theory about the distance between cars, the jamologist worked with police and carried out experiments on real highways to test its veracity.

“I came up with jamology in trying to make knowledge be of use to society,” explains Nishinari. “Knowledge is meaningless unless it is applied to finding solutions.”

Some days, Nishinari can be found in his lab catching up on the latest mathematical theories. On other days, he will be sticking tape on the floor as flow lines indicating movement in experiments on human traffic. Then there are days when he will be observing bottlenecks in the production line at factories. For Nishinari, there is no time for armchair theorizing.

Curiously, jamology can be applied to all kinds of situations in which flows become obstructed — from drawing up routes for mass evacuation and streamlining corporate work processes, to even investigating the abrupt slowing down of protein reactions in the cell, or sudden stagnation and sharp decline in investment following the collapse of a financial bubble.

With jamology, Nishinari has deftly combined his beloved mathematics, a pure science whose immediate use to society may be unclear at first sight, and congestion, the bane of his life and a social problem that calls for a solution. One is theoretical, the other on the ground. By matching up the unlikely pair, Nishinari has built jamology into a robust field of study.

“Now, I am particularly focused on logistics,” says Nishinari. “Not much progress has been made in making logistics in Japan more efficient, and operational bottlenecks can be seen all over the place. To solve this problem, we need to cultivate people who can approach the optimization of logistics scientifically — that’s why we recently launched the UTokyo Corporate Sponsored Research Program to nurture such talent ourselves.”

Whatever the problem, Nishinari does not stop at making suggestions, but does the work himself. 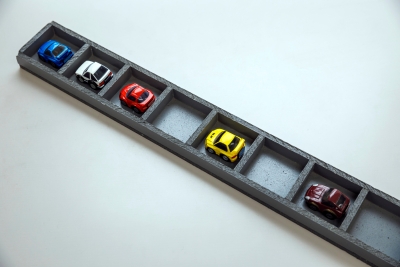 Cellular automaton
While it might look like a toy, this is a representation of a mathematical model known as cellular automaton. Nishinari used this model to arrive at the extremely simple rule that spontaneous traffic jams are caused by closing the distance between vehicles. 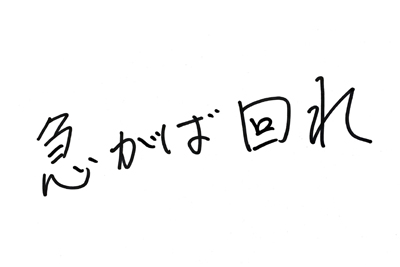 [Text: Isogaba maware (“More haste, less speed” / “Haste makes waste”)]
“From my research into congestion, I have come to appreciate the veracity — even scientifically — of this phrase,” says Nishinari. “If everyone rushes to a destination just because they are in a hurry, everyone will suffer. This phrase captures the essence of congestion.” 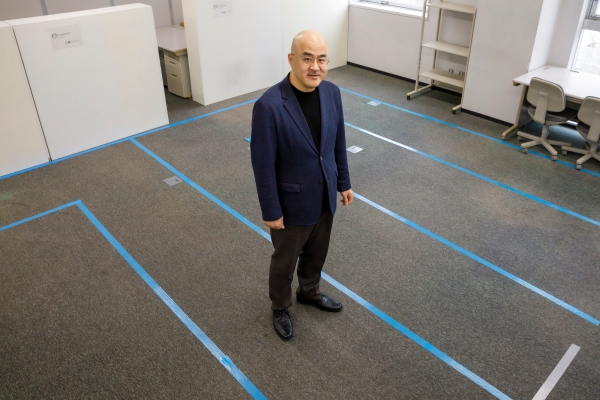 After completing doctoral program at the Graduate School of Engineering, the University of Tokyo, held positions at Yamagata University and other universities, before assuming current position in 2009. Pioneered “jamology” to study various types of congestion from an interdisciplinary perspective. Served as chair of Japanese Cabinet Office’s international collaboration project on innovation, and as member of the Cabinet Office IT Strategic Headquarters’ task force on intelligent transportation systems. Authored several books for general readers, including Jutaigaku (Jamology), winner of Kodansha Science Publication Award, and appears often in the media. Serves as adviser to Tokyo 2020 Olympic and Paralympic Games organizing committee, on congestion and crowd management.