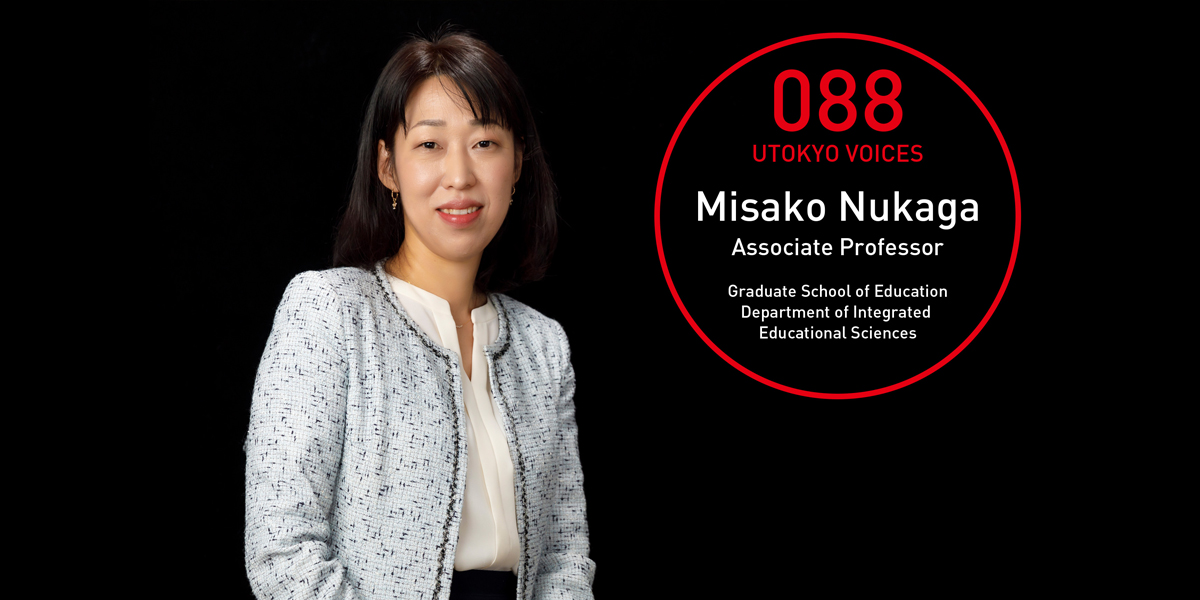 Consider the case of a girl whose Filipino parents came to Japan as migrant workers. She goes to a local junior high school, but is often late for class or misses school altogether. She dozes off during class and rarely hands in her homework.

She will experience a range of negative gazes from those around her: Doesn’t she want to learn? Or do Filipinos just give up easily? The truth is that it is a herculean task to keep up in school with a poor command of Japanese. Her parents cannot help with schoolwork because they cannot read Japanese, and few children in such situations receive sufficient support from overstretched schools. Instead, they just get left behind.

Associate Professor Misako Nukaga has been conducting studies to understand the actual conditions of the educational and home environments of children — including those like the girl above — who have migrated overseas with their parents seeking work in other countries.

Nukaga sees the environment that the girl above finds herself in as the exact opposite of the one Nukaga experienced at the international school in Saudi Arabia, which the researcher attended for around three years in elementary school.

“I entered school not knowing a word of English, and it would not have been surprising at all if I fell behind,” Nukaga says. “But the school operated under an American-style education system, which provided ample support to students who lacked English skills. Furthermore, I was considered as having a high aptitude for math just for knowing the multiplication table, and was put into the gifted program.”

Even though Nukaga could not speak English and was considered a foreigner, she was never made to feel inferior; instead, she felt her future was full of hope.

On the other hand, no matter how hard Filipino children study in Japanese schools, their likelihood of attaining social standing in line with their hard work is very slim in Japan, where people from developing countries still face discrimination. Furthermore, if parents are working long hours or at night, older children are forced to put aside their studies to help with housework or care for younger siblings.

Through interviews and fieldwork at schools, Nukaga seeks to uncover the underlying mechanisms leading to the choices these children make that affect their attitudes toward study.

“What has become clear is that ‘giving up’ is not part of Philippine culture, but something that is being created in Japan,” Nukaga says.

Essentially, education is supposed to be a means by which people can determine their own future through hard work, regardless of family wealth and social standing or the existing social structure and culture. In Japan, however, children identified as originally coming from developing countries lack support and are left behind without benefiting from social advancement based on individual ability or academic achievement.

Nukaga seeks to use the knowledge gained from research to change this to replace the culture of giving up with one characterized by hope. Conducting research on education in the United States — which takes diversity into consideration — and introducing best practices to Japan is one such attempt.

“Schools in the United States are in fact battlefields where two opposing movements — one that seeks an integrated American culture and another that places importance on diversity — clash with each other,” Nukaga says. “I hope to apply the lessons that can be learned from this conflict to Japanese schools.”

Nukaga’s research is not limited to children who migrate internationally. She is simultaneously looking at how schools and society accept poor families, women and minorities.

She says, “My job is also to nurture people capable of creating mechanisms working in the background, such as social systems or home environments, instead of simply attributing the conditions of people facing difficulties to individual responsibility.” 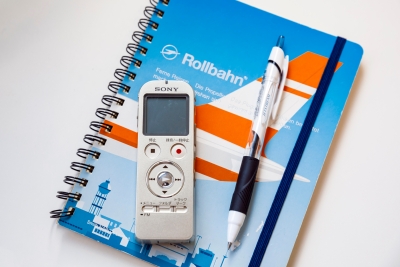 Notebook, voice recorder and pen
Nukaga primarily employs methods used in ethnography to conduct her research, where she goes into the field and takes part in activities with her subjects to understand their lifestyle and the world from their perspective. To avoid prejudgments as much as possible, she records what she sees and hears on the ground using a voice recorder and notebook. 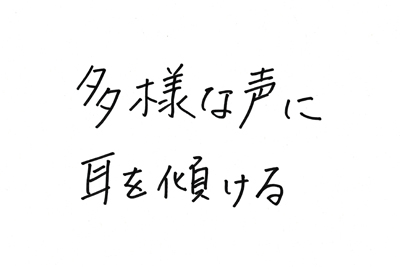 [Text: Tayo na koe ni mimi wo katamukeru (“Listening to diverse voices”)]
“There are many voices that are unheard or silenced in society. While the stronger and louder voices tend to receive more attention, I feel a researcher’s mission is to pick up diverse voices no matter how small they may be,” says Nukaga. 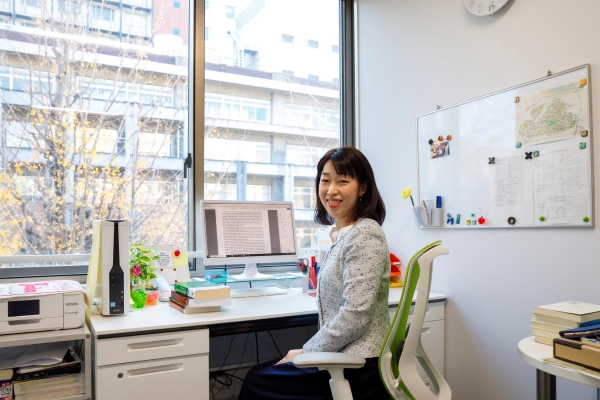 After obtaining a master’s degree from the Graduate School of Education at the University of Tokyo, entered the sociology graduate program at the University of California, Los Angeles, completing the doctoral program in 2008. Assumed current position in 2017 after serving as an associate professor at Wako University. Conducts research on the educational gap and identity struggles of children with immigrant backgrounds from the perspective of comparative sociology. Main works include Transnational Japanese Families and Education as author and Rethinking Education from Migrants as co-editor.