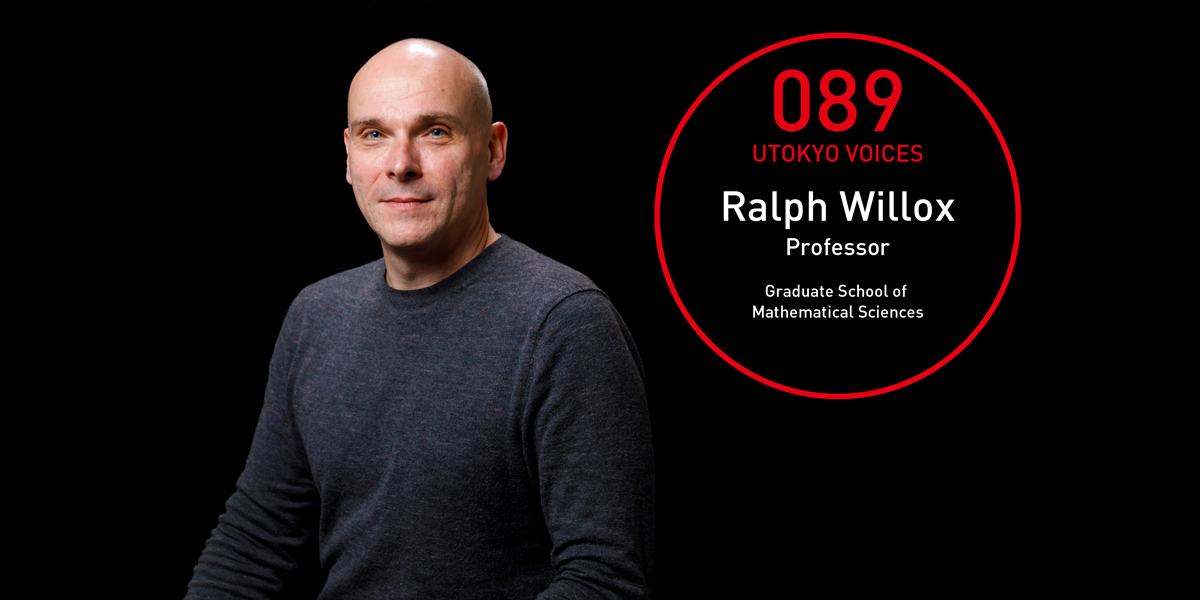 As a little boy, Professor Ralph Willox was no doubt quite the naughty-but-clever type.

“It might have been because I was mischievous, but I was kicked out of preschool at the age of 5 and jumped up to the first year of primary school,” he reminisces.

Willox recalls that while he wasn’t averse to study, as a primary and lower secondary school student, he preferred reading science fiction and Greek mythology.

“In my first physics class, in my second year of secondary school, I didn’t understand anything because the teacher’s explanations were very difficult to understand,” he says. “So, thinking that I’d be better off studying independently, I had my parents buy me a physics textbook written for first-year university students. And through studying physics on my own, I became enamored with the thinking process itself.”

What process stirs the human mind to think of something new? Willox realized that pioneers who are regarded as innovators in the world, opened up new horizons by using past achievements as a foothold and by forming new perspectives to break down barriers. So, in his final semester of secondary school, he decided he would go to university to explore this intellectual process.

Willox says he considered majoring in history or music, but decided to pursue theoretical physics instead. “Physics or philosophy seemed easier as they did not involve research or practice,” he explains.

At graduate school, Willox studied the area of mathematical physics known as integrable systems, and then assumed a research post abroad for one year after getting his doctoral degree. “An expert at the University of Paris whom I had met a while before told me, ‘If you want to continue your research on integrable systems, go to Tokyo,’” he recollects. “So in 1996, I spent a year at the University of Tokyo’s Graduate School of Mathematical Sciences as a postdoctoral fellow, and that prompted me to continue my research on integrable systems at the university from 1998 onwards.”

Tens of thousands of years ago, the human brain developed the ability to imagine the trajectory of a thrown object, and subsequently invented a way to express this kind of continuous process using differential equations. However, as computers, which these days are called on to solve most equations, perform mathematical and logical operations using discrete equations, a mathematical process known as discretization — by which equations are made discrete, or noncontinuous — is necessary. The normal way of doing this is to use numerical analysis techniques, but grasping all the characteristics of a phenomenon in that way is close to impossible. On the other hand, recent study has shown that if the original equation is integrable, in many cases there is a discrete system with exactly the same properties.

“These equations known as integrable systems have many symmetries and conserved quantities (quantities that remain unchanged in a continuously changing system), and a very special mathematical structure,” Willox explains. “To discretize integrable systems, we need to understand the properties of the target, and have a discrete form of the nonlinear equation with the same conserved quantities. This is difficult but not impossible.”

A type of discrete integrable system that is recently attracting a lot of attention is that of a cellular automaton — a discrete calculation model consisting of a lattice of cells and simple rules — and studies are underway to apply such models to areas such as the alleviation of traffic congestion and analysis of cell proliferation.

In the field of integrable systems, which is neither mathematical analysis, geometry nor algebra, you do not know what tools you will need, so students often say they are worried about not knowing what they should be studying. In response, Willox gives them this piece of advice: With integrable systems, you can enjoy the thinking process itself, and finding solutions is interesting precisely because they’re not easy to find.

“I just published a paper on automata a few months ago, but when I’m asked about my best research to date, I always reply ‘the research I’m doing now,’” Willox says, adding, “Now is also always the most interesting time of my life.”

Those may well be the words of someone who has amassed insight and experience as the result of a long intellectual process.

“I guess I might be the eternal primary school pupil in how I still find it thrilling to solve difficult-to-understand puzzles,” Willox says. “In studying integrable systems, I get to see a world that cannot be solved through conventional mathematics, and this way I hope I might be able to expand the horizons of mathematics itself.” 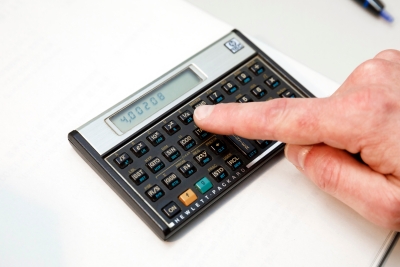 HP calculator
Willox bought this HP programmable calculator in 1984, when he was a high school student. Even today, it is his go-to device when performing calculations. 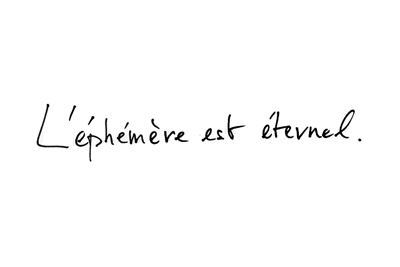 [Text: L'éphémère est éternel. (“The ephemeral is eternal.”)]
“I was shocked by the early-20th century absurdist play The Ephemeral is Eternal, which my secondary school French teacher introduced me to,” says Willox. “However, since the message of the play can also be interpreted as, ‘Only the ephemeral is eternal,’ I have since cherished my encounters with people.” 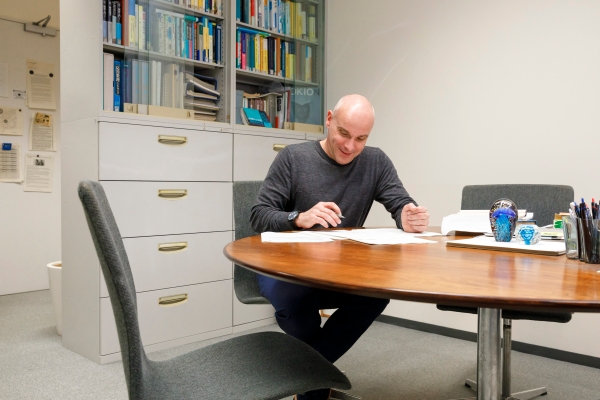 Graduated from the Faculty of Science, Department of Mathematical Physics, at the Free University of Brussels (VUB) in 1989; then obtained a doctoral degree in physics from the same university in 1993. Came to the Graduate School of Mathematical Sciences at the University of Tokyo on a Research Foundation – Flanders (FWO) postdoctoral fellowship in 1996; then received a Japan Society for the Promotion of Science (JSPS) postdoctoral fellowship for research. Appointed associate professor at the Graduate School of Mathematical Sciences in 2003. Currently is professor in the same graduate school. Research field is integrable systems, which play a central role in mathematical physics, with research focusing on the discretization of integrable systems.