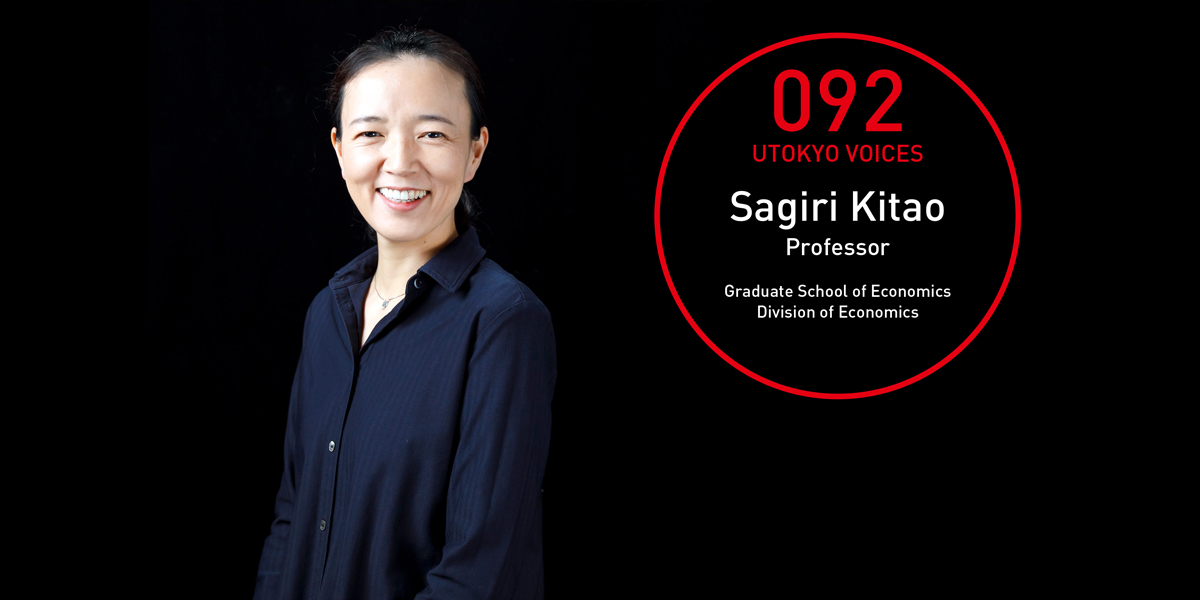 Professor Sagiri Kitao joined a foreign investment bank in Tokyo after graduating from a Japanese university. On her reason why, she says laughingly: “I wanted to do work that had significant social impact, the kind that made headlines.”

After working for several years on the front lines of finance and being involved in big projects, Kitao went on to graduate school in the United States to expand her horizons by furthering her education. For her doctoral course, she studied under Professor Thomas J. Sargent, a leading authority on macroeconomics.

Says Kitao of her mentor, “No matter how full of holes your idea might be, Professor Sargent would become very excited if you came up with an altogether fresh, new approach. Studying under him, I came to feel that I wanted to make a difference in my own way, rather than being a cog in a big machine. That was when I began to think seriously about becoming a researcher.”

For key players to weigh the macroeconomic effects and debate the efficacy of policy, they must have a good grasp of the actual state and behavior of microeconomic factors, made up of individuals, households and businesses.

For example, when the government considers policy for tackling inequality, the policy’s effectiveness largely depends on identifying and addressing the root cause of the inequality, whether it is one sector of the population having a monopoly on wealth, or the middle class slipping into poverty or some other factor.

But, just understanding the microeconomic situation is not enough. Unlike testing drugs in a lab, though, running experiments on a macroeconomic scale to study the effectiveness of policy is near impossible. Then, how do you analyze the efficacy of a policy?

“Via simulation,” says Kitao. “We build an economic model to project the macroeconomic response when a policy is introduced.”

“We look at how things play out in this world at the macroeconomic level when we introduce changes to the taxation or social security system and people make decisions in response to that new policy,” adds Kitao.

Of course, the projections cannot be trusted if the model’s assumptions are false or if the data is too broad. Kitao continues to take on the challenge of using microeconomic data to refine economic models used to simulate social security policies.

“Still, a model is, after all, just a model; it has its limits no matter how much microeconomic data you put into it,” says Kitao. “The challenge is to create the best model possible.”

While Kitao is happy when her own models are well-received at academic conferences and on other occasions, she equally welcomes being grilled about her work, she says good-naturedly with a big smile. “For example, a colleague might point out that my model does not adequately take into account medical costs. So the more I get grilled, the better it is to make my research more solid. I hope that models refined in this manner will be used to forge policies addressing an aging society with a declining birthrate, or those on income inequality or other issues.”

Through original work, Kitao stays true to her ambition of making a significant impact on society, instead of being just a cog in a big machine. 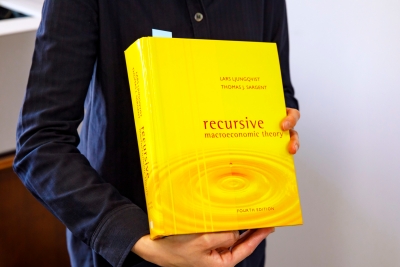 Professor Sargent’s book
Pictured here is a book by Professor Thomas Sargent, who received the Nobel Prize in economics in 2011. Sargent was Kitao’s doctoral supervisor at New York University. “This book is the bible for graduate students of macroeconomics around the world,” says Kitao. 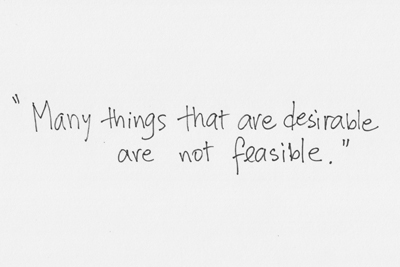 “Many things that are desirable are not feasible.”
“This is a quote from a speech by Professor Sargent,” Kitao says. “If something you want does not exist, then create it. And to gain something, you have to let go of something else. I think these words accurately describe the important economic principle of a trade-off.” 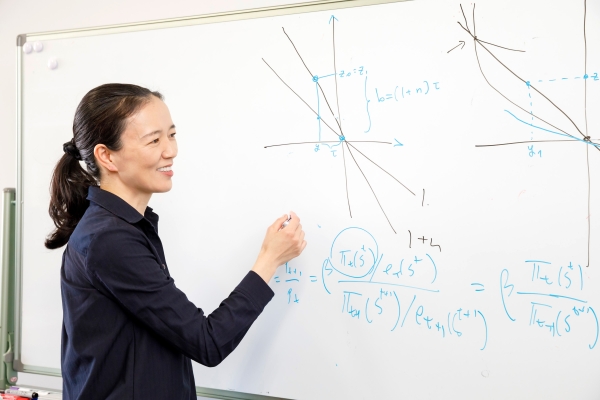 After graduating from the School of Political Science and Economics at Waseda University, worked at investment company Goldman Sachs in Tokyo before obtaining a master’s degree in public administration in international development at the John F. Kennedy School of Government at Harvard University in 2001. Obtained a Ph.D. in economics at New York University in 2007. Subsequently served as assistant professor at the University of Southern California Marshall School of Business, senior economist at the Federal Reserve Bank of New York, associate professor in the Department of Economics at Hunter College and doctoral faculty at the Graduate Center of the City University of New York, and professor in the Faculty of Economics at Keio University before assuming current position in 2018.