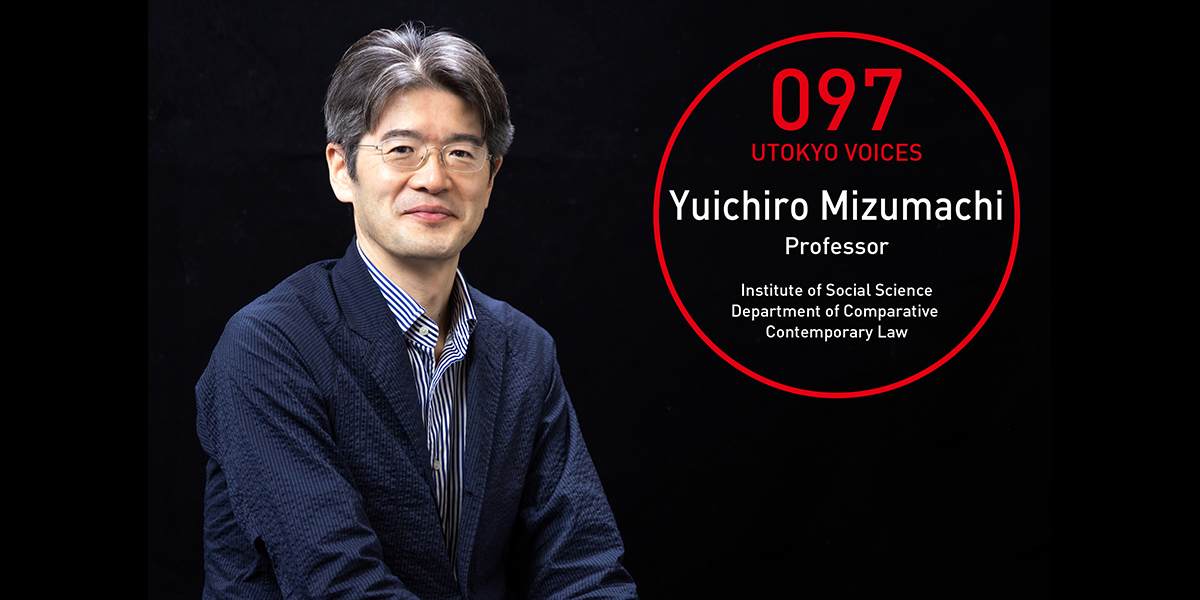 Professor Yuichiro Mizumachi did not set out to study law when he enrolled at the University of Tokyo. Yet, he has become an authority on labor and employment law, whose research helped pave the way for reforms securing equal wages for workers, regardless of their employment status.

Legal provisions ensuring equal pay for equal work to eliminate the disparity between regular and nonregular workers in Japan seemed like a pipe dream until work style reform legislation was enacted in June 2018 and took effect in April 2020 — some two decades after the part-time work directive was adopted by the European Union in 1997. In Japan, where workers typically organize in company unions, in contrast to Europe where industry unions occupy a central role, the common practice of a seniority-based pay system and other factors had stood in the way of wage reforms, but Mizumachi’s research helped achieve a breakthrough to remove such roadblocks.

Mizumachi did not initially have his sights set on pursuing a career involving laws and regulations. He excelled in mathematics and science during his junior high and high school years, so he secured a place in UTokyo’s Natural Sciences II stream for the first two years of his undergraduate studies with the intention of moving on to study biotechnology. Yet, he started to harbor misgivings about whether he was cut out for the path he had chosen or if he had the resolve to stick with the field for the rest of his life.

“I felt there were other ways I could be involved in work that would benefit Japan, so in my third year I entered the Faculty of Law with the goal of passing the civil service exam,” Mizumachi says. However, in a labor and employment law seminar during his fourth year, he learned about a special system in the Faculty of Law aimed at nurturing young researchers, in which qualified undergraduate students could go on to be become paid research assistants upon graduation. With the encouragement of his adviser who regarded Mizumachi’s academic achievements highly, the law student made up his mind to become a research assistant, and entered the world of research.

Mizumachi first became involved in research related to equal pay for equal work during his three-year term as a research assistant, from 1990 to 1993, following his graduation from the Faculty of Law with a bachelor’s degree. His supervisor pointed out that issues related to part-time labor would become pressing in the future and recommended Mizumachi consider it as a topic for his thesis to be submitted at the culmination of his term — and indeed, his research bore fruit resulting in a thesis, and he has continued to focus on this topic ever since.

After completing his thesis and tenure as a research assistant, Mizumachi moved to Tohoku University in Sendai, Miyagi Prefecture, where he spent 10 years devoting himself to research and education. After returning to UTokyo and joining the Institute of Social Science, however, he has been involved in returning the fruits of his research to society through exchanges with people engaged in workplace labor practices. Mizumachi’s paper “Doitsu Rodo Doitsu Chingin wa Genso ka?” (Is Equal Pay For Equal Work an Illusion?) caught the attention of government officials, who invited him to present his views at various councils, such as those discussing the “dynamic engagement of all citizens” or work style reforms, and played a key role in contributing to the enactment of the work style reform act.

As a researcher well versed in the labor laws of other countries, Mizumachi is exceptionally qualified to offer objective views on the systems and practices adopted in Japan, pointing out blind spots that people in positions of power or involved in the practical application of these systems may be unaware of. Mizumachi also continues to provide policy advice hoping it will lead to a better society for all. “Ensuring checks and balances while keeping power at arm’s length is essential,” he says. “Whether it’s the ruling party or the opposition who turn to me, I answer their call as much as possible, and give the same advice.”

Mizumachi may be a leading figure in a research area that is the focus of much attention these days, but he doesn’t feel the pressure. “I find it rewarding when my research outcomes are applied to government policies that bring positive changes to society. Yet, I reap more satisfaction when people come up to me after a class or lecture and tell me how interesting they thought my talk was, or just how much it motivated them,” he says. Recently Mizumachi published three books on labor law: Rodoho (Labor Law [Eighth Edition]), serving as a textbook for those taking the bar examination; Shokai Rodoho (Detailed Guide to Labor Law), a standard guide for anyone concerned with labor law; and Rodoho Nyumon (Introductory Labor Law), a primer for lay readers. Mizumachi makes every effort to help everyone, from beginners to experts alike, boost their understanding of labor law.

For future research, Mizumachi is eyeing changes in labor laws stemming from the advent of the “platform economy,” where services are available to consumers via the internet. “The very concept of the worker, underlying labor laws and social security regulations, is about to change significantly,” says Mizumachi. “I am channeling my research efforts into understanding the state of our legal foundation and following trends in new regulations as we transition to the next phase.” Mizumachi’s scope broadens as he seeks working styles in keeping with the changing times. 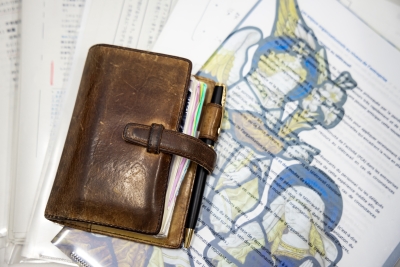 Organizer
Mizumachi’s briefcase contains materials he reads while on the move, and a Knoxbrain organizer that he has used for some 20 years. He manages his schedule, including appointments and deadlines for manuscripts, in his organizer — a single point of reference where he can check all his upcoming activities. 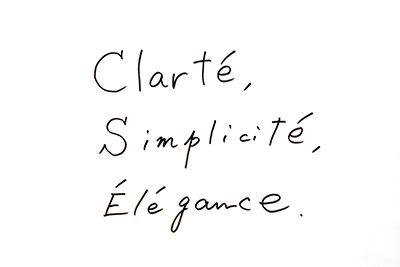 [Text: Clarté, Simplicité, Élégance (“Clarity, Simplicity, Elegance”)]
These words sum up the qualities of the presentation method that Mizumachi “acquired” while studying in France: “Explain complex matters clearly and simply, and present them elegantly.” He says he finds being elegant most challenging, adding that “explaining things in language peppered with wit is not easy.” 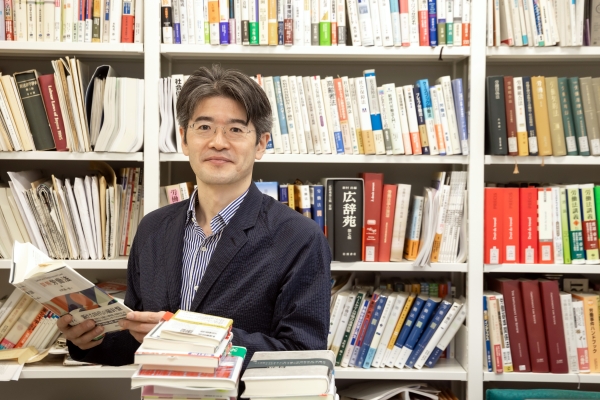 Graduated from the Faculty of Law, the University of Tokyo, in 1990. Appointed assistant professor, School of Law, Tohoku University, in 1993. Joined the Institute of Social Science, the University of Tokyo, as associate professor in 2004 and became professor in 2010. Served on the Tokyo Metropolitan Government Labor Relations Commission, as acting chairman; Council for the Realization of Work Style Reform; and Regulatory Reform Promotion Council of the Cabinet Office. Published works include: Rodoho (Labor Law [Eighth Edition]), Yuhikaku Publishing; Shokai Rodoho (Detailed Guide to Labor Law), University of Tokyo Press; and Rodoho Nyumon (Introductory Labor Law) Iwanami Shinsho.