Professor Hiromitsu (Hiro) Nakauchi imagines a future where no one dies while waiting for a life-saving organ transplant. He is a world leader in the field of growing organs with the genetics of one species inside the body of a different species and pioneered the scientific technique, called blastocyst complementation, that makes this research possible.
Nakauchi is currently a emeritus professor of the Institute of Medical Science at the University of Tokyo and a professor in the Department of Genetics at Stanford University in California, USA. Read on for a question-and-answer conversation about his motivations and discoveries.

Q: You are trained both as a medical doctor and biological researcher. How has that shaped your career?

A: I went to medical school because I thought human beings are the most difficult targets to understand scientifically. I stopped seeing patients many years ago, but my experience as a clinician gave me the strong motivation to do basic research to better understand the disease process and to develop new therapies. There is still a big gap between basic science and clinical medicine, so bridging the gap is my lifetime goal.

During your education or early career, which scientists inspired you or had the greatest influence on you? Why did you look up to them?

When I was a medical student, I read the Textbook of Medical Physiology by Arthur Guyton. I really enjoyed reading this thick English textbook. I had never read a whole textbook of this thickness, even in Japanese. I learned that a smart person can explain very complex topics in a simple way, because they can see the nature or essence of the complexity. A good scientist should be able to find a simple rule in the chaos.

If you had not become a scientist, what other subject or career do you think you would have pursued?

I would have become an architect or an industrial designer. I wish to be a musician, a painter, or an athlete, but I do not have talent for any of them.

You’ve split your career between Stanford, California, in the U.S., and Tokyo, Japan. What are your favorite places in each city?

I like Santa Cruz, which is about 30 miles (48 kilometers) south of Stanford, because it reminds me of the Shonan coast area (about 37 miles or 60 km southwest of Tokyo) where I used to sail. I often drive to Santa Cruz to see the Pacific Ocean and to visit seafood restaurants.

In Tokyo, besides eating at nearby restaurants, I often go to Yodobashi Camera or BicCamera (two major electronics stores). I almost always go to Kamakura (a seaside city adjoining the Shonan coast area) where I still have a small apartment from where I can see Enoshima (a small island jutting out into Sagami Bay near Kamakura) and Mount Fuji.

Other than your family and career, what is the passion of your life?

To see the translation of my ideas and discoveries into clinical medicine. To see students grow as researchers.

How do you explain your work to people who are not scientists?

An obvious application of your work is to eliminate the waiting list for solid organ transplants. How else could your research be applied to benefit society?

If it works, it should provide human cells, tissues and organs for the study of the basic biology of human organ development, development of new therapies, disease modeling, therapeutic interventions (including practice of new or complex surgical operations), and so on.

One of your research publications in 2010 reported on the breakthrough discovery that you could grow mice with a pancreas made of rat cells, the first successful use of intraspecific blastocyst complementation (Cell, DOI: 10.1016/j.cell.2010.07.039). In 2017, you expanded on that by successfully curing diabetic mice by transplanting mouse insulin-producing pancreas cells that had been grown in rats (Nature, DOI: 10.1038/nature21070). How did you and your collaborators feel when you were collecting those data? When did you recognize their importance?

I had this idea for so many years, but I was not able to find a student brave enough to dive into what some people thought was a "crazy, science fiction-like project." Luckily, I eventually found a brave and very smart graduate student and we were able to show the generation of kidneys from embryonic stem cells. Once we succeeded in getting this surprising data, people started to realize the potential of this method and became supportive.

Later, this graduate student told me that his fingers were shaking with excitement while he opened the abdomen of the mouse to see the pancreas glowing green under fluorescent light, signaling that it had grown from rat cells. I think he will never be able to leave the scientific world after experiencing such success and excitement during his graduate student days. 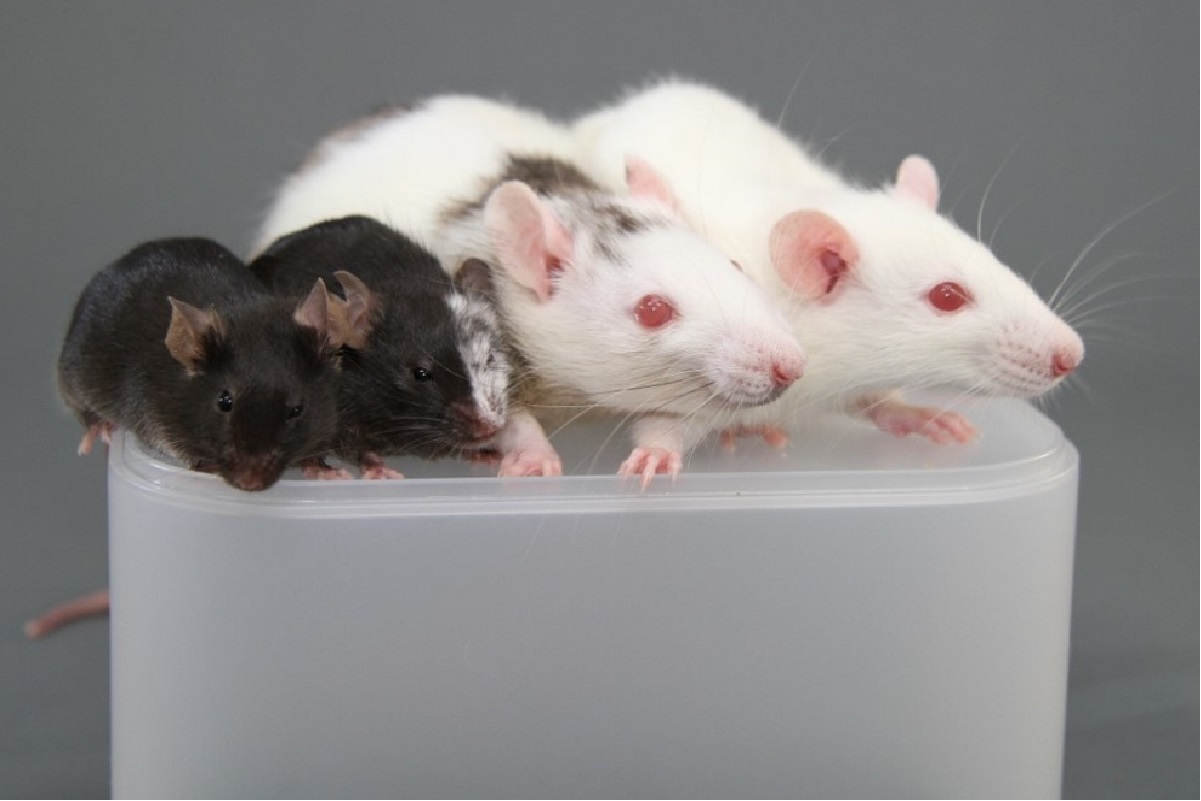 How do you hope research efforts on interspecies mammalian chimeras (organisms in which genetically different cells are mixed) will progress in the next 10 years?

I am getting old, so it is good to have replacement organs for myself. Hopefully, I will succeed in making human organs within 5 years, and they will become clinically available for transplantation within 10 years.

Stem cell research and animal research are often subjects of ethical interest for the public and scientists alike. How do you consider the benefits of saving human lives and the potential concerns about human-animal chimeras?

As a physician-scientist, I do my best to show the public the benefit and safety of my research. The public makes the final decision about which research endeavors and medical treatments our community accepts. If the public decision is "no," then I must continue working to find scientific solutions until the public can say "yes." Keeping that conversation going is important because ethical standards can change over time, as in the case of fertility treatments, including in vitro fertilization (IVF). Ultimately, we researchers and the public need to agree that the benefits of our discoveries exceed the risks.

You have worked as a researcher for nearly four decades. In that time, what new scientific techniques or tools have revolutionized your work?

What is your favorite type of experiment to perform or favorite piece of laboratory equipment to use? Why do you enjoy it?

I like a simple experiment that can give us a definitive answer. I try to design an experiment that brings very clear, black-or-white-type result, no matter how technically demanding and challenging the methods might be.