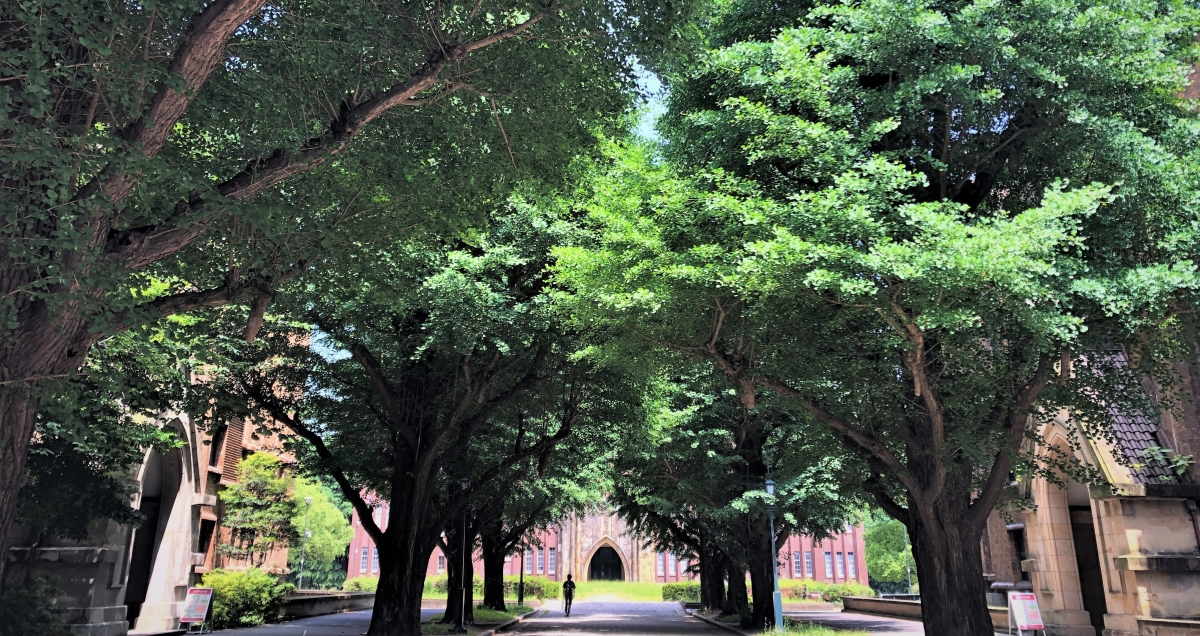 The high level of interest in the SDGs among students could provide companies seeking to hire talented graduates with an incentive to become more involved in SDGs. © 2021 The University of Tokyo

Eighty-seven percent of University of Tokyo students were aware of SDGs, or the United Nations’ 17 sustainable development goals, up from 63% in 2018, according to the results of a survey covering over 3,000 students and conducted by a UTokyo student group.

The TSCP Student Committee conducted the “SDGs Awareness of UTokyo Students 2020" survey and published a report on its findings in February 2021. The SDGs, adopted at the United Nations Summit in September 2015, comprise 17 goals and 169 targets.

The TSCP Student Committee is part of the Todai Sustainable Campus Project (TSCP), a universitywide initiative spearheaded by UTokyo, which works toward making it a sustainable campus. The student committee, established in 2015, consists of about 20 student volunteers. It has conducted SDGs awareness surveys to understand student awareness of sustainability issues and to implement better practices for on-campus sustainability. This was the second survey, following the one conducted in 2018.

In response to a question aimed at students who have not yet found employment, “When choosing a company to work for in the future, will you consider whether the company incorporates the SDGs into its business strategies as one of the criteria?”, 68% of the respondents answered “Of course, I will” or “Will consider to some extent.” The high level of interest in the SDGs among students could provide companies seeking to hire talented graduates with an incentive to become more involved in SDGs.

When asked, “Which of the 17 goals do you think are the most important?”, weighed on global, domestic and personal scales, students pointed to different goals as being important for each of the scales.

In addition, in a section asking about the goals where Japan’s achievement lagged, the students’ perceptions were found to be different from ones indicated in the Sustainability Development Report 2020, compiled by an international panel of sustainability experts and providing a country-by-country analysis on SDGs achievement. The gap suggests areas where the students’ perceptions might need to be improved.

For example, the students scored Japan’s achievements highly in goals 14 (life below water), 15 (life on land) and 17 (partnerships for the goals), but the international report scored Japan’s progress poorly in those areas. On the other hand, the students considered Japan’s performance as poor in goals 4 (quality education), 7 (affordable and clean energy) and 8 (decent work and economic growth), while the international report gave relatively high marks for Japan’s efforts on those goals.

“These results will guide us on which issues we should focus on in the future. I hope people will take a look at the report,” said Kensuke Kito, chairperson of the TSCP Student Committee and a second-year master's student at the Graduate School of Agricultural and Life Sciences researching biodiversity conservation.

One of the activities Kito has undertaken at the student group is the “Shut the Sash” campaign, which calls for energy conservation by closing the sashes of fume hoods. A fume hood is a ventilation system used in labs that discharges harmful gases during chemical experiments. By closing the sash properly when this equipment is not in use, energy used for extra ventilation can be saved.

The "Shut the Sash" campaign originally started at overseas universities, such as Harvard University and the University of California in the U.S., spurring student-led campaigns at many universities. A member of the TSCP Student Committee, while on a study-abroad program at the Australian National University, investigated the efforts of science laboratories in many countries, and introduced the campaign at UTokyo in the 2017 school year.

The awareness survey also asked about respondents’ familiarity and implementation of the "Shut the Sash" campaign. The results showed that 34% (consisting mainly students likely to use fume hoods) did not know about the campaign and therefore also did not carry out the practice of shutting the sash, and another 2% knew about it but did not carry it out. These students outnumbered those who knew of the campaign and were implementing the practice, who amounted to 7%. (The remaining 57% of the students belong to departments that are unlikely to use fume hoods). In response to this finding, the TSCP Student Committee resolved to promote the campaign further.

Nao Ikeyama, a TSCP Student Committee member who is a second-year undergraduate in the Natural Sciences II stream and will major in physical engineering from next academic year, said, "When I took a basic chemistry lab class in my second year, the professor mentioned the wasteful consumption of electricity by leaving the fume hood sash open. At that time, I got to know that the TSCP Student Committee was working on this issue.”

To an open-ended question asking what requests they have for the university’s SDGs and environmental initiatives, students provided such comments as: “I want a water server (to fill my water bottle on campus)” and “I want more opportunities to learn about the SDGs.”

Akane Masuda, a first-year master's student at the Graduate School of Engineering who researches energy conservation in buildings, will be one of the two co-chairs, along with Ikeyama, of the TSCP Student Committee from next academic year. She said: "I would like to tackle what we can do as a committee, while considering the feasibility of initiatives."

The TSCP Student Committee says it will use the findings of the survey to push ahead with its efforts to make the UTokyo campus more sustainable.