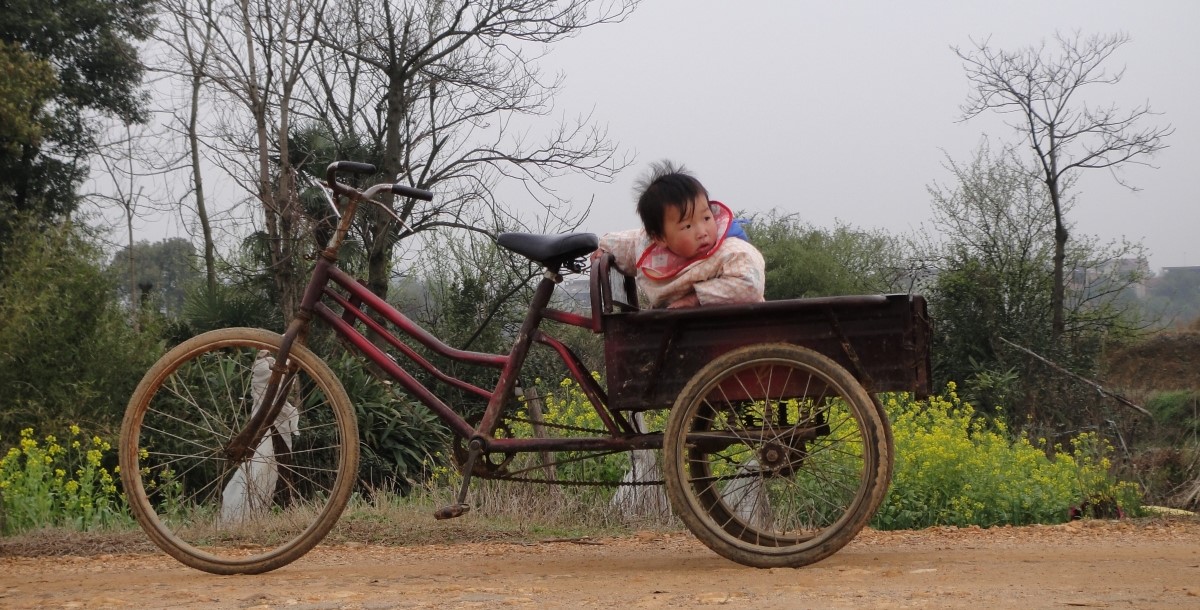 A child in a bicycle cart waits for her guardian in Flower Village, Jiangxi Province, southeast China. © 2021 Fumiki Tahara

The world’s factory and market powered by 1.4 billion people. An increasingly authoritarian one-party system. A widening gap between rapidly developing cities and villages left behind…

These are some of the images of China projected by the news media. But Fumiki Tahara, a professor at the Graduate School of Arts and Sciences, has depicted a distinctively different China through his decadeslong field research.

While many researchers on China have paid attention to big cities undergoing dramatic changes and suburbs affected by such cities, Tahara has focused on showcasing life in “ordinary villages,” which gradually adapt to changes and resolve community issues by combining a variety of resources at hand.

Since taking up a faculty position at UTokyo in 2001, Tahara has used his summer and spring breaks to make dozens of trips deep into China, to places rarely visited by foreign nationals. Nurturing a long-term relationship with villagers, he has studied in the finest detail what they consider pressing issues for their community and how they go about resolving these problems.

He compiled his findings on four of the villages he has studied in a book titled Grassroots China – Village Governance and Resource Circulation. The book, published in 2019, won the grand prize of the 32nd Asia Pacific Award in November 2020. The Asian Affairs Research Council, which sponsors the award, commends works on politics, economics, society and culture of the Asia-Pacific region.

Then the same month, he received another award from the Japan Consortium for Area Studies, an academic community whose membership includes research institutions and nongovernmental organizations.

The awards have praised him highly for breaking the conventional image of Chinese villages as “impoverished and miserable.”

From early on, Tahara loved to travel. Growing up in a mountainous region of Hiroshima Prefecture in central Japan, he says he started making cycling trips when he was in high school, urged by the “desire to escape the daily grind.”

In his second year at Hitotsubashi University in Tokyo, he took his first cycling trip overseas. He chose to go to China, as he happened to have a professional photographer friend who recommended touring there, saying the roads are easy to travel on. So during his summer break that year, he arrived at the port city of Shanghai and cycled 800 km along the Yangtze River, toward the city of Wuhan in central China. Back then he couldn’t speak the Chinese language, so he used gestures to find inns and restaurants along the way.

In 1987, China was still very much a developing country. “The huge shock I felt back then would be hard for us to fathom today,” he recalled. “At restaurants I had no idea what the mysterious food on my plate was. But it was so much fun.”

Yet, he felt that the monthlong trip left him wanting to get to know the lives of local people more.

“I felt that travelers don’t really get a grasp of local life,” he said. “I found that frustrating, so I thought I would someday live in a community, get immersed in the lifestyle and experience what it’s like to live like the people there, then tell my experience as a writer of some kind.”

He did become a writer, but a scholarly one. After obtaining his Ph.D. for his research on the Chinese land reform movement of the 1950s, he became a university researcher. The land reform campaign, spearheaded by the Chinese Communist Party under then-Chairman Mao Zedong, involved seizing land from landlords and redistributing it to peasants. Tahara has kept his painstaking, “unglamorous” style of research, traveling deep into the remotest villages, getting acquainted with villagers and writing papers based on firsthand information he obtained from them.

“I felt a sense of mission,” he said. “I felt that venturing into the agricultural villages — where 80% of the Chinese population were concentrated until recently — was a calling for me, as I too grew up in a rural area,” he said.

“Firsthand information is crucial for journalists. When Japanese journalists were held hostage in Syria (in 2015), they were criticized domestically that they caused trouble to the Japanese government. But if they don’t go to such places, they would never gain access to firsthand information. Visiting Chinese villages is not nearly as challenging as going to Syria; you don’t have to risk your life to go there. So I thought I would definitely have to go. Many people were discussing how horrible the situations in Chinese villages were, based on secondhand information. Few people looked at the villages directly.” 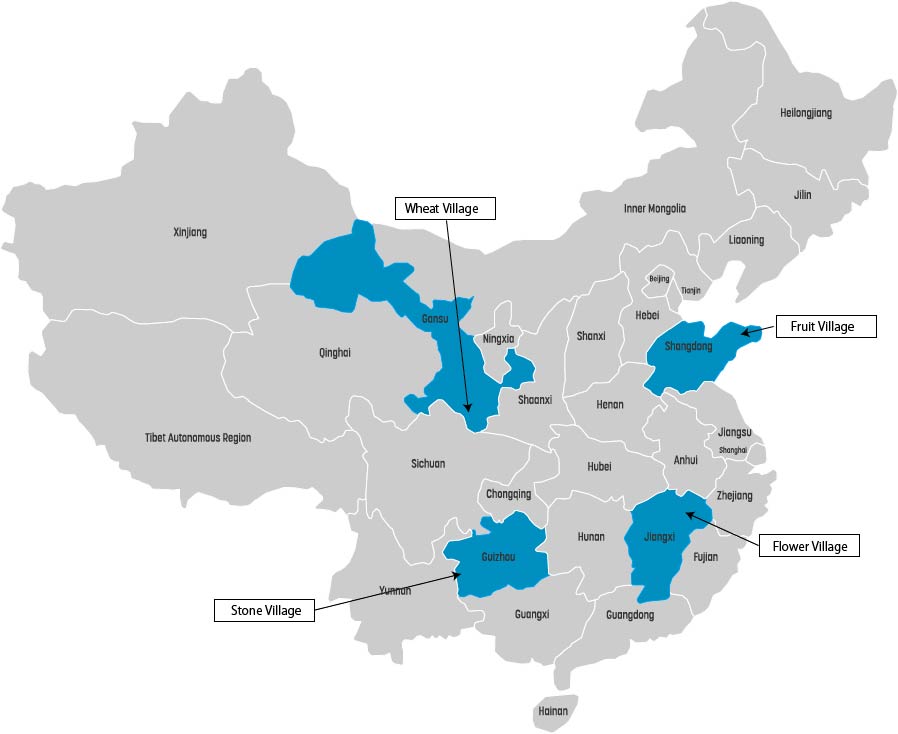 In the book, Tahara focused on four villages, giving each a nickname based on his impression of its character: Fruit Village, Flower Village, Stone Village and Wheat Village. Their geographical condition, history and cultural context were markedly different from each other. He compared these villages to humans. For example, Fruit Village in Shandong Province, which sits along the coast in eastern China, is known for its robust production of apples, grapes and cherries. While retaining the “production team” framework set up as part of Mao’s people’s commune collective units, the villagers collectively engaged in agriculture and manufacturing, thus maintaining a sense of community. Tahara called the village “an elite kid among socialist villages.”

Meanwhile, in Flower Village in Jiangxi Province in the country’s southeast, the parental absence “problem” there was taken care of by a support network of extended families, but Tahara found the unity a bit lacking due to the absence of strong community leaders. He termed the village “a care-free wanderer who does not worry about school grades.”

“You begin to understand the character of a village after making several visits there and comparing it with others,” he said. “If you visit only one community, your image of China is based on your observations of that village. But if you visit as many as four, you see there’s a variety and acquire a more balanced view.”

Through his work, he says he wanted to show that “people are leading normal lives.”

“I wanted to show what kind of issues villagers face and how they resolve them, mobilizing a variety of resources. I wanted to present materials that allow people to imagine the everyday lives of villagers, which aren’t at all miserable.”

Ironically enough, Tahara found the time to write the book because of recent moves by the Chinese government to crack down on foreign researchers, which made it practically impossible for him to continue field research. In 2016, when he tried to return to Gansu Province’s Wheat Village in China’s north, a village leader, who had previously been cooperative, refused him entry.

Tahara said he realized that forcing his way through would cause trouble to villagers who had helped him over the years. He has suspended field trips to China since making his last visit to Jiangxi Province’s Flower Village in March 2018.

Tahara is undeterred by the mounting hurdles to his research. He is determined to continue his study of China, albeit through written materials for the time being. He says that in the future, he wants to research counties, which are larger than villages. China has about 2,000 counties, each of which has a population of about 500,000 people. A county is a basic social unit in China, made up of a capital city in the center and agricultural villages around it. A county is shaped like a cell, with a nucleus in the center.

Over the past decade or so, the Chinese government has pushed to “urbanize” the country, where peasants in rural areas have been encouraged to move to the cities, where they get access to high-quality education and health care. The policy is aimed at narrowing the gap in services available to city dwellers and village farmers. But it has become evident in recent years that the “city” the government envisions in this context is not a megacity like Beijing or Shanghai; it is in fact these county-level cities that the government wants people to move to.

“The government wants villagers who stock up on cash by working outside their community to buy condos in the central area of their county,” said Tahara. “What would this mean to their lives, and to their relationships with home villages? I would like to answer such questions. If we can understand the structure of these ‘cells,’ we will be able to deepen our understanding of the whole of China.”

Tahara, meanwhile, is concerned about the waning interest in China among graduate-level students in Japan. Currently he has four graduate students in his lab, all of whom hail from China. He attributes the declining ranks of Japanese students to the limited availability of research positions in the humanities fields, and also to some degree to a recent rise in anti-China sentiment in Japanese society.

“It’s good that we have students coming from China,” he said. “But they now make up a majority of students in my lab, leading to an ironic situation where the discussions become more diverse when a Japanese student joins. I think we should try to learn about a country regarded by many as being ‘detestable.’ The view that China is a threat comes from not knowing the country enough. We should continue to study the current state of China, as well as its history.” 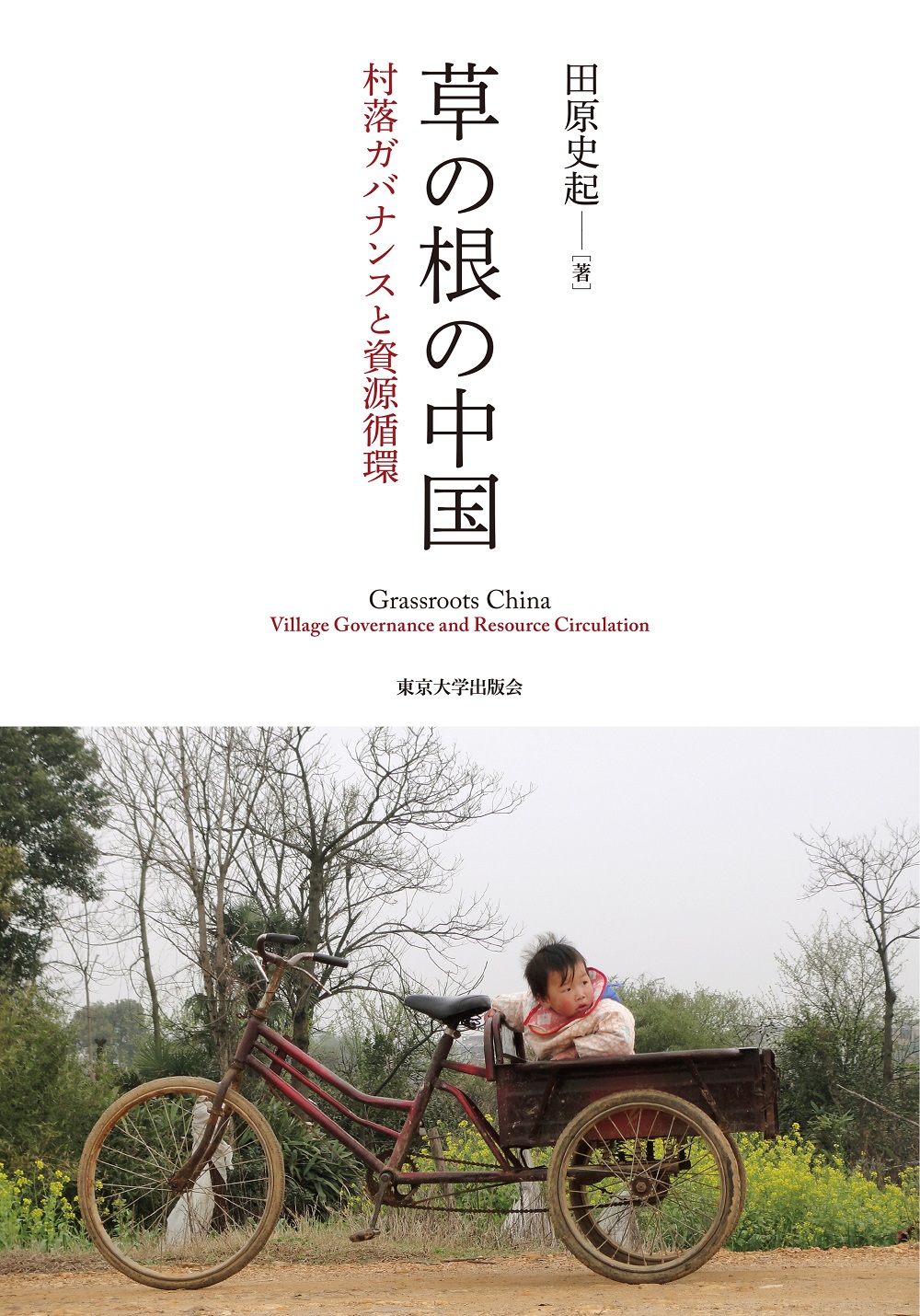 What do you imagine when you hear “rural China”? You may imagine people in the shadows of highly developed coastal cities: the ones who are discriminated by the household register system; suffer from poverty; are manual laborers and migrant workers forced to leave their children in the v...[Read more]