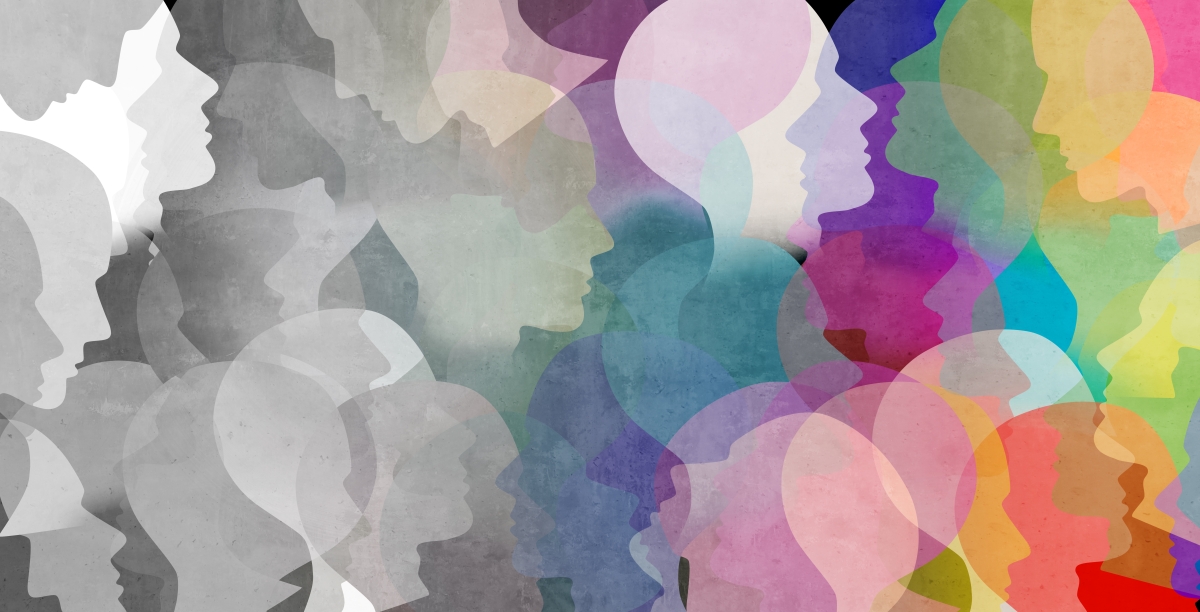 A sociologist studies the less obvious forms of prejudice and discrimination against immigrants in Japan. freshidea/Adobestock

What would Japan look like if there were more foreign residents in the country?

The Japanese government has been reluctant to open the country to large-scale immigration, especially to those engaging in unskilled labor. But as the population grays and dwindles, and a labor shortage looms larger, many people from abroad have already been allowed to enter under several different programs. The government has no official statistics, but the number of immigrants in Japan is estimated to be around 1.5 million-2.5 million people, some 1.2% to 2% of the entire population.

Cross-national public opinion surveys have shown that many Japanese people are relatively positive about having immigrants in the country, compared with respondents in other countries, saying that it would increase cultural diversity and revitalize society. But another significant portion of the polled are reluctant to take in more immigrants, citing public safety concerns and the expected rise in social security costs. On the internet, as fears of large-scale immigration spread, some people, though small in numbers, have amplified xenophobic sentiments by repeating discriminatory remarks against people of foreign nationalities.

Kikuko Nagayoshi, associate professor at the Institute of Social Science, studies such sentiments in Japanese society. While many researchers studying immigration issues conduct fieldwork and interviews with immigrants themselves, Nagayoshi has stuck to collecting and analyzing statistical data, as well as comparing them with data in other countries. Her goal: to get to the bottom of the attitudes of the majority, nonimmigrant people toward immigrants and the roots of their attitudes.

The reluctance to engage

Nagayoshi was born and raised in Osaka Prefecture in western Japan. She says she was intrigued by the gap she observed between what was taught in school about discrimination against burakumin, a castelike minority who have inherited their outcast status in modern times, and the attitudes toward them by people close to her. That gap, she explains, is at the heart of her academic interest in prejudice against foreign residents and other minorities in Japan.

“I grew up in an area close to where the former burakumin people were segregated and where people from diverse occupational, economic and ethnic backgrounds lived,” Nagayoshi said. “Reflecting such a background, teachers at my school taught us about various forms of discrimination. On the other hand, I occasionally heard from people around me that we should avoid being involved with minority people, though they didn’t discriminate in public. I took to heart the teachers’ messages, including ‘we should not discriminate’ and ‘everyone should be treated equal,’ so I was shocked and gradually became interested in the gap between these messages and the reality.”

As she went on to study sociology at Osaka University, Nagayoshi says she felt she had a knack for analyzing data, rather than pursuing philosophical discussions or sociological theories. So she chose to specialize in quantitative sociology at the Graduate School of Human Sciences at the same university, completing her Ph.D. in 2010.

In the early 2000s, when Nagayoshi was an undergraduate student, xenophobic speech was rampant on the internet, through online bulletin boards 2channel and others, and was attracting the interest of some researchers.

“Researchers studying the spread of xenophobia at the time regarded people who discriminated as ‘peculiar, embracing wrong ideas.’ They were discussing what personality traits or social factors led to such behavior,” Nagayoshi recalled. “But I felt that the attitudes of people around me, and their reluctance to engage with those who were discriminated against, were based on how society perceived the victims of xenophobia. They seemed to think that they would somehow get into trouble by dealing with those who were discriminated against. It was less about rejecting the victims outright.”

She continued: “In other words, I felt that discrimination was attributable to society at large, not personality problems of individuals.”

When Nagayoshi started research on nationalism and xenophobia, few other researchers in Japan performed statistical analyses, so she decided to study abroad during her Ph.D. program, at Umea University in northern Sweden. There, under the tutelage of sociologist Mikael Hjerm, she learned how to compare data collected from different countries and analyze the influence of social policies on xenophobia.

After joining the faculty of Tohoku University in Miyagi Prefecture, northeastern Japan, in 2011, Nagayoshi, together with researchers including Professor Naoto Higuchi (then at Tokushima University in southwestern Japan, now at Waseda University in Tokyo), carried out an online survey of 80,000 people on netto uyoku. The term refers to online right-wingers, who post and propagate xenophobic speech and revisionist views of history.

The researchers compiled the results of their survey in a 2019 book titled Netto Uyoku to wa Nanika (Who are Internet Right-wingers?). The survey found that people whose online behavior fit the profile of internet right-wingers were not any different from others in their social strata in terms of levels of income, marital status and whether or not they had someone to ask for advice. The study, which overturned the conventional image of internet right-wingers as “socially isolated and vulnerable,” drew a lot of public attention.

Nagayoshi, however, says she is academically drawn to the attitudes toward foreigners of “ordinary” people who make up the majority, rather than internet right-wingers, who stand out but are few in number in Japanese society.

According to the International Social Survey Program and the World Values Survey, conducted by cross-national research collaboration platforms of social scientists, Japanese people are not as negative toward accepting immigrants as people in many other countries. But when asked whether a more rigorous crackdown on illegal immigrants is desirable, many respondents in Japan answer in the affirmative, Nagayoshi says.

Also, a majority of survey respondents in Japan hold the view that, when the economy is in a downturn and jobs are scarce, employment opportunities for Japanese residents should be prioritized. In fact, very few people disagree with the idea. This contrasts with situations in countries with many immigrants, where fewer respondents say jobs should be given to their country's citizens over immigrants.

Nagayoshi says that these studies show the tendency in Japan of treating immigrants as visitors, though not excluding them outright.

“Japanese people regard non-Japanese as ‘guests’ who should be accepted as such and nothing more,” Nagayoshi explained. “That kind of sentiment, if stretched to the extreme, would end up in language such as ‘All foreign residents should be excluded from welfare benefits’ and ‘Get out of the country.’ But I feel the source of the sentiment is supported by people who don’t voice extreme thoughts.”

Whether the government acknowledges them or not, immigrants already exist in Japan and their ranks are expected to swell in the coming years. Despite that, many people have been ambivalent toward them.

In her 2020 book, Imin to Nihon Shakai (Immigrants and Japanese Society), Nagayoshi presented numerous data pointing to the gap between the public perception of immigrants and the reality.

In a 2017 survey Nagayoshi and fellow researchers conducted on internationalization and citizen participation, over 60% of the 3,880 respondents said that a rise in the number of immigrants would “lead to a spike in crime rates” and “jeopardize security and order.” She broke the respondents’ concerns into two: the fear of immigrants committing crimes, and the fear that communities changed by an influx of immigrants would be prone to higher crime rates by spawning more crimes also by the original inhabitants. She then examined whether those concerns are valid.

According to Justice Ministry statistics, the crime rate of foreign nationals living in Japan, combined with that of people who have overstayed their visas, was estimated at 0.4% as of 2017. That contrasts with the percentage of the general population charged with criminal offenses in Japan, which stood at 0.2% the same year. When you look at these numbers alone, you might think that foreign nationals are statistically more likely to commit crimes. But the conclusion is not that simple, Nagayoshi claims.

First, the demographic characteristics differ in immigrant and nonimmigrant populations. Immigrants tend to be younger than the average Japanese and disproportionately male, demographic factors that account for higher crime rates compared with the rest of the population. Also, the social and economic plight of immigrants might have led some into thinking that it “pays” to commit crimes. If that’s the case, it might be the social condition that leads immigrants to face severe economic hardship, not the immigrants’ personal traits, that might have accounted for the difference in crime rates, she argues.

At any rate, whether they are Japanese or non-Japanese, offenders comprise only a tiny portion of society. Yet, crimes tend to get a lot of attention, especially in the media. The Japanese media refer to crimes committed by Japanese as just “crimes,” while almost always drawing attention to the “foreign” aspect or the nationalities of the offenders in headlines when reporting on crimes committed by non-Japanese. As a result, foreign nationals tend to be associated with crimes, fostering negative stereotypes, Nagayoshi explained.

As for concerns that an influx of immigrants in certain areas might compromise the areas’ security, Nagayoshi points out there’s not enough data in Japan to allow for a detailed analysis. But research in the U.S. has shown that immigrants do not cause a rise in crimes in their communities. Meanwhile, European research suggests possibilities of weakened community ties in ethnically diverse areas, but that such damage to community ties disappear over time, as people become more accustomed to diversity, she said.

Researchers have discussed the possible effect of immigrants on revitalizing communities in decline, Nagayoshi said, adding that it’s not clear whether the same phenomenon will take place in Japan, where there’s very little research on this topic. The U.S. example shows, however, that an increase in immigration does not automatically translate to an increase in crime, she said.

Nagayoshi recalls that she wavered on whether to touch on foreign nationals and crime in the book. It’s a delicate topic, and given the crime rate difference in numbers, a mention in the book might end up fostering negative stereotypes about foreign residents.

“But I judged that you cannot dispel concerns shared by many people by denying them as a sign of prejudice. I thought I needed to lay out the facts through data,” she said.

Nagayoshi is planning to dig deeper into how exclusionist or xenophobic sentiment spreads online. By following how speech spreads, she ultimately wants to help bridge the division between immigrants and the society that accepts them.

“You can interpret the act of spreading certain speech on social media as a sign of people’s sympathy for the speech. So by examining such speech, you can study what forms of xenophobia can find an audience,” she said.

It’s often said that inflammatory remarks tend to be shared quickly. Nagayoshi noted, however, that speech that appears objective and rational at first glance might in fact spread more quickly — for example speech borrowing from news reports.

“We can look at a variety of parameters — whether the senders of the speech are influential, whether certain keywords such as ‘crime’ and ‘welfare’ are used, and whether certain nationalities are mentioned,” she said. “By looking at these parameters in detail, I would like to examine under what conditions exclusionist arguments are considered agreeable or just by society at large.”