Fishing has long been the core industry in the area surrounding Lake Hamana. However, at the Fisheries Laboratory, which is located in the area, research has focused on breeding and farming fish rather than catching them. Professor Kikuchi spends time here studying the genes of the fugu (pufferfish), which is a culinary delicacy in Japan. We introduce here a discovery he has made that will particularly evoke the curiosity of men. 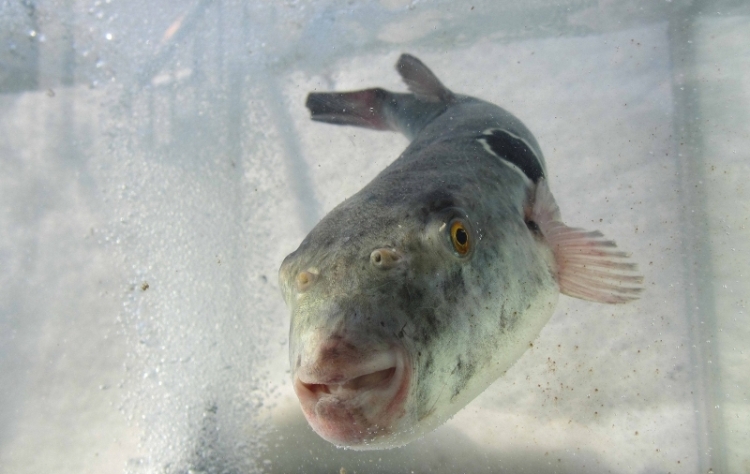 As well as being a famous dish, torafugu is also used as a model organism for genomic research.

I work at the Fisheries Laboratory, which is located adjacent to Lake Hamana in Shizuoka Prefecture. Right around the February 26 Incident before Japan lost the war, the University set up two fisheries laboratories in Aichi Prefecture, which at the time was an advanced location for aquaculture. They were eventually relocated to the current site and merged together during the high economic growth period. The relocation was a great success according to faculty members familiar with the situation, with an influx of students coming all the way to the Laboratory from the Faculty of Agriculture at the Yayoi Campus to conduct experiments. I hear that Japan was the world leader in fisheries research at that time. 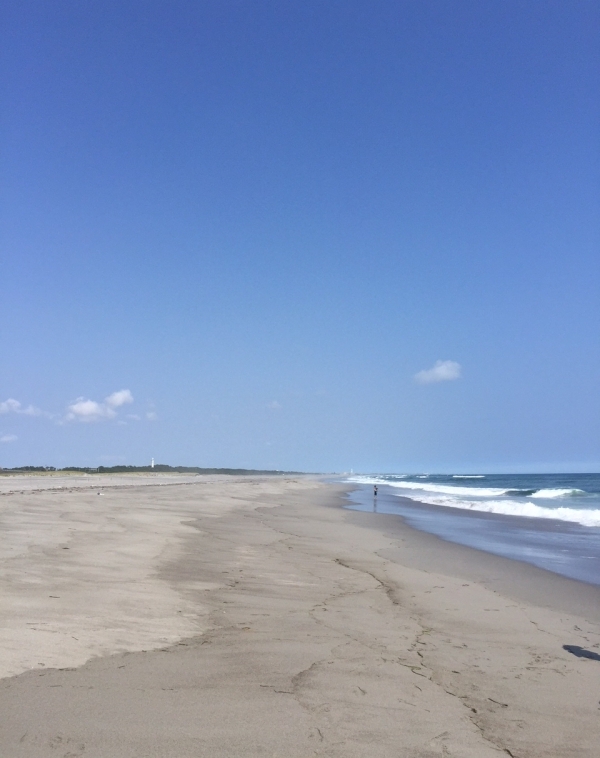 A vast, long beach near the Fisheries Laboratory. Coastal erosion is one of the topics of practical training provided to students.

The area surrounding Lake Hamana, where the Laboratory is located, has been a good place to live since ancient times – it is said that there was a village in this area as far back as the Neolithic period (Yayoi period in Japan). In the Nara period, the area was ruled by the Yamato government, and is often mentioned in the Rikkokushi (Japanese six national histories) and Manyoshu (oldest existing collection of Japanese poetry). There are also records suggesting that fishery manors (shōen) and other such facilities dotted the area. During the Edo period, the area was developed into a west-east traffic and distribution hub in addition to being a fishing center. While it now prospers with the automobile and agricultural industries, the area is arguably one of the more thriving locations throughout Japan for the fishing industry as well, with access to both Lake Hamana and the Pacific Ocean.

As explained above, the Fisheries Laboratory is located in a flourishing fishing area. However, it is fundamentally a facility where marine organisms are raised, and is therefore not directly connected with the local fisheries industry. Research here can indeed contribute to aquaculture, but it is not very relevant to wild fisheries.

This is not to say that the Laboratory does not interact with the local community, however. For instance, we hold a Lake Hamana-themed gathering for researchers every year. This meeting is unique in that it is not only attended by university researchers, but also by junior and senior high school students, as well as non-academic researchers. It was a great success last year, with more than 80 attendees. By the way, after that meeting, students working at the Laboratory volunteered to take the participants on a tour of the facility. These same students worked as volunteers after the Great East Japan Earthquake, and I have a lot of respect for them. 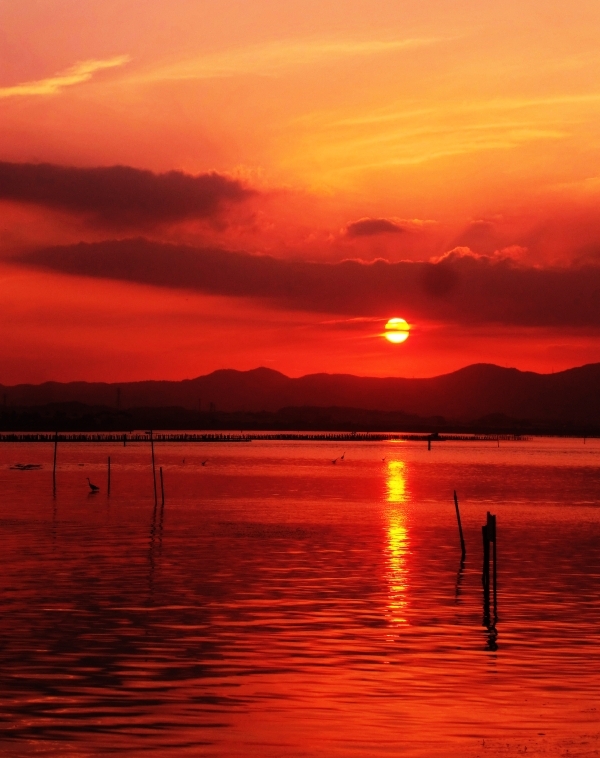 Lake Hamana, which you can see from the Laboratory, is often painted red by the beautiful sunset.

There are three researchers in addition to myself at the Laboratory: Satoshi Tasumi, Sho Hosoya, and Shotaro Hirase, and we cooperate with one another as we conduct our own individual research. I specialize in the study of genes that determine the sex of fish. The Y chromosome, which is present in males, including humans, is said to have originated from the degeneration of the X chromosome. Compared to the X chromosome, the Y chromosome is very short, is prone to the accumulation of non-functional DNA sequences called “junk DNA,” and has lost most of its genes. Perhaps due to the impressive findings made about the sex chromosomes of human beings, it was generally assumed that similar differences would be observed between the X and Y chromosomes of other animals. However, we discovered that the sex of the fugu is determined by one single base alteration in its DNA. We are now finding proof that this mechanism, possibly the simplest for determining sex, exists widely in the animal kingdom. In aquaculture, there are many cases in which sex selection prior to birth is necessary, and our research is being utilized to develop a method for this.


Note: This article was originally printed in Tansei 35 (Japanese language only). All information in this article is as of September 2017.