Connecting through teacher training Building a learning community in Kijimadaira

In order to get a teaching certificate, one needs to undergo on-the-job training as a student teacher. Students of the University of Tokyo generally do this either at their own former school or at the secondary school attached to the University’s Faculty of Education located in Nakano, Tokyo. A new option was added in 2016 – they can now do their training in Kijimadaira in Nagano Prefecture, a village famous for brand-name rice and ski resorts. Four students trained at the local junior high school from August through September 2016, staying either at the Kijimadaira Agricultural Community Center or at a guesthouse. The trainee teachers also spent time with elementary school students who were staying at the Agricultural Community Center for a study camp. 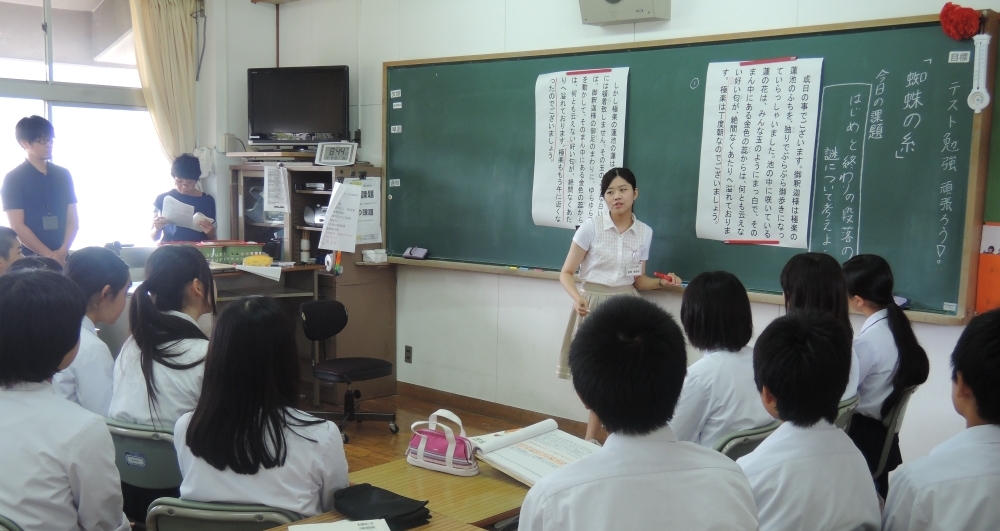 A student teacher delivering an impressive class at Kijimadaira Junior High School, despite this being a new experience. 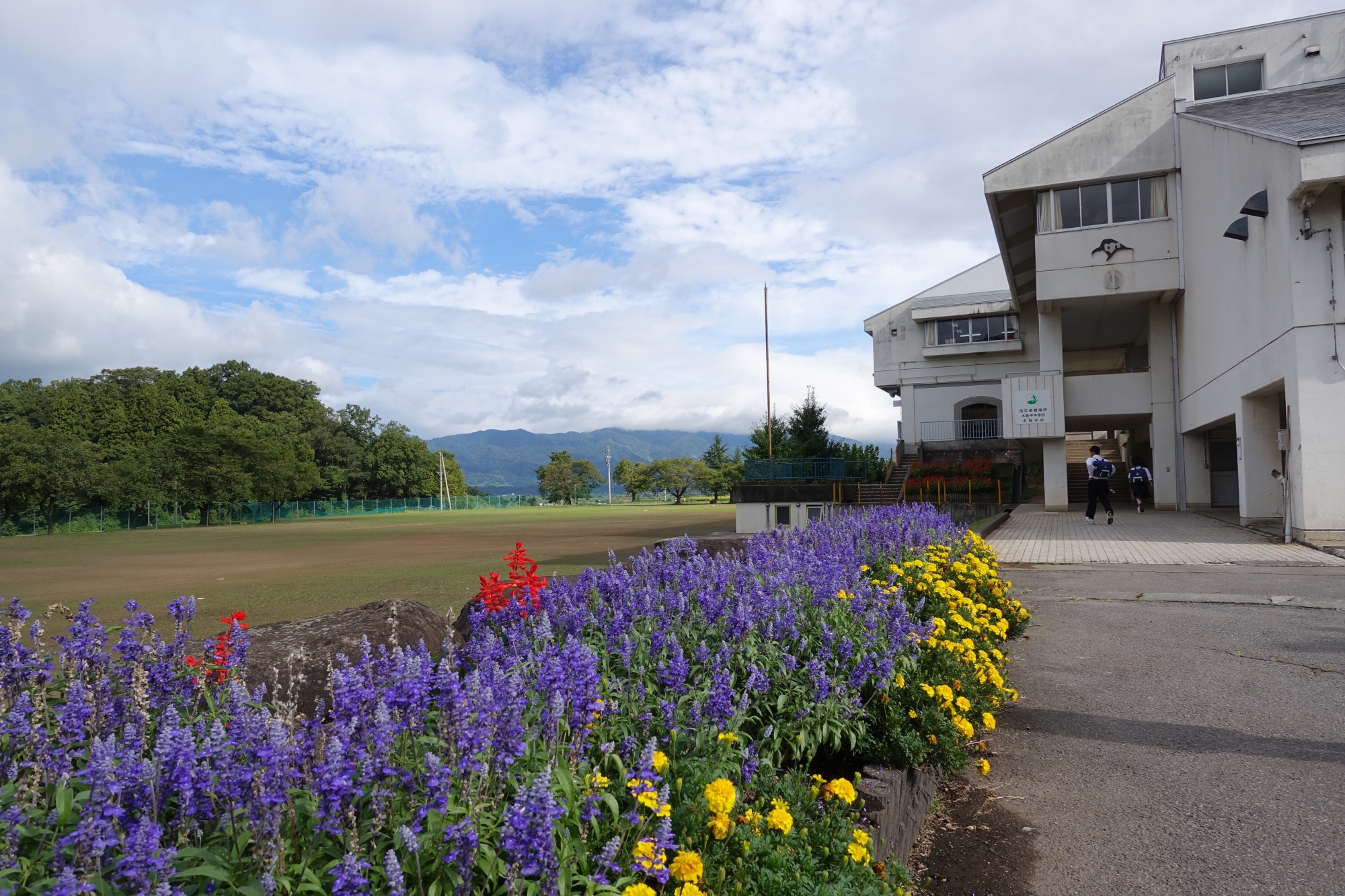 The Kijimadaira Junior High School building is shown on the right. The school emblem features Mt. Kosha, which is the symbol of the village, and ears of rice.

“Most UTokyo students graduated from preparatory schools, but that does not necessarily mean that those who become teachers will go on to work in such places. It is therefore meaningful for them to have an opportunity to train at local schools outside the Tokyo area,” says Professor Kokuni, who is leading the exchange between the University and the village. He began creating this new community between UTokyo, the village and local schools back in 2010, after an acquaintance became the head of the village’s board of education.

“There were 16 villages in the area in the Edo period, which were merged into three in the Meiji period, and eventually into one in 1955. The number of junior high schools and elementary schools was then reduced to one of each in 1955 and 2010, respectively. I thought that these schools could therefore play a central role in making the village more unified as a community.” 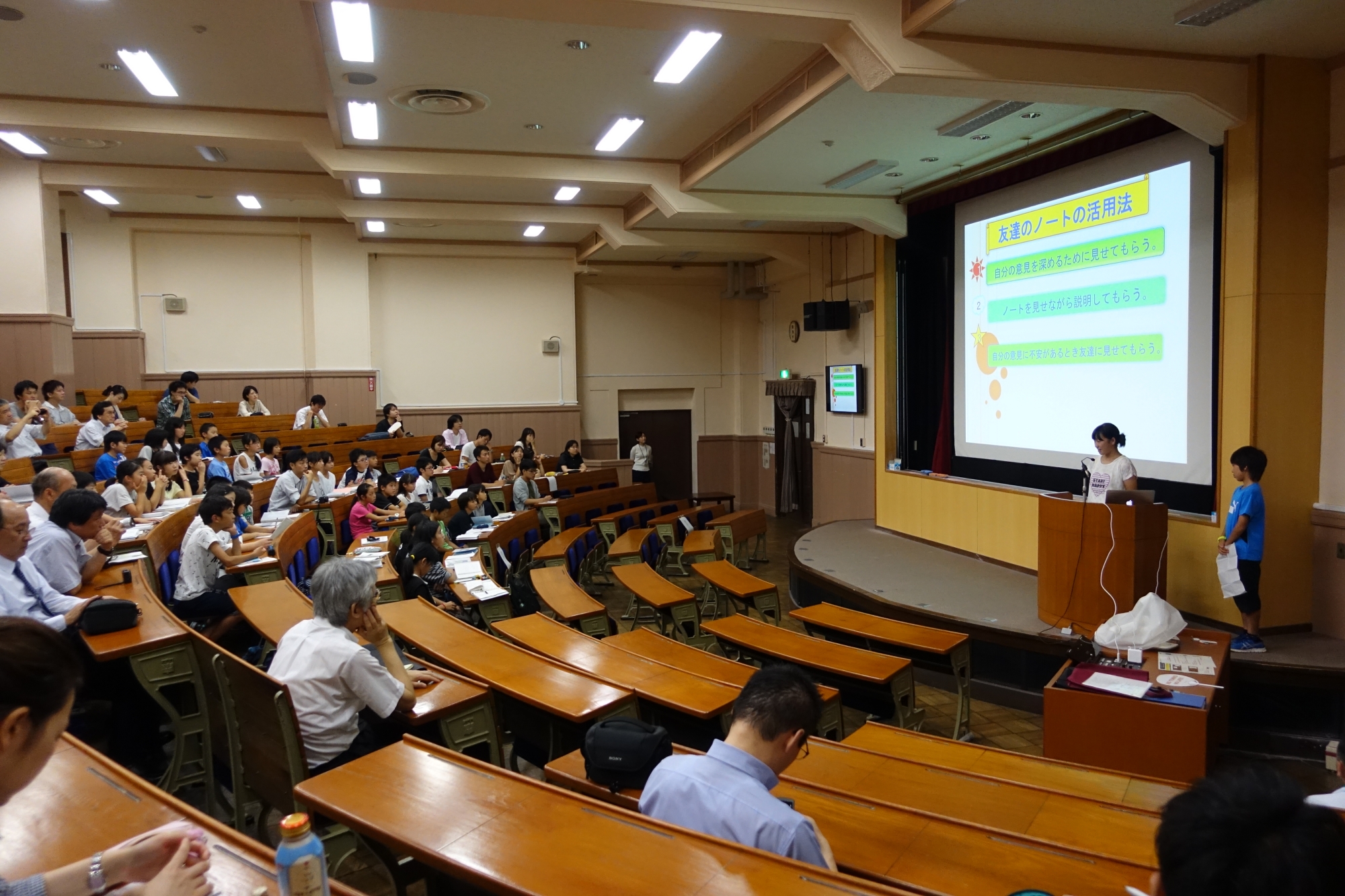 Sixth graders from Kijimadaira Elementary School visited UTokyo as part of their school trip in September 2016. They gave presentations to UTokyo students and faculty members in a large classroom in the Faculty of Law & Letters Bldg. 2.

In autumn 2016, 40 students from the village’s elementary school visited the Hongo Campus and gave lectures to UTokyo students, faculty and staff. Having the chance to be on the teaching side and speak before UTokyo students in a large classroom on campus was no doubt a valuable experience for the children. It would not be surprising to see some of them attend the University of Tokyo and return to their village as teacher trainees in eight to nine years’ time.

Note: This article was originally printed in Tansei 35 (Japanese language only).