The UTokyo Alumni Association is composed of various groups, among which the Akamon Mayors' Association uniquely features a diverse range of regional colors. Like its name suggests, the group, which was established in 2013, consists of graduates who are now serving as city mayors across Japan from Hokkaido to Okinawa. As of June 2017, it has 43 members and 15 associate members (former city mayors). This is the second largest university alumni association of city mayors, after Waseda University’s (as of academic year 2016). 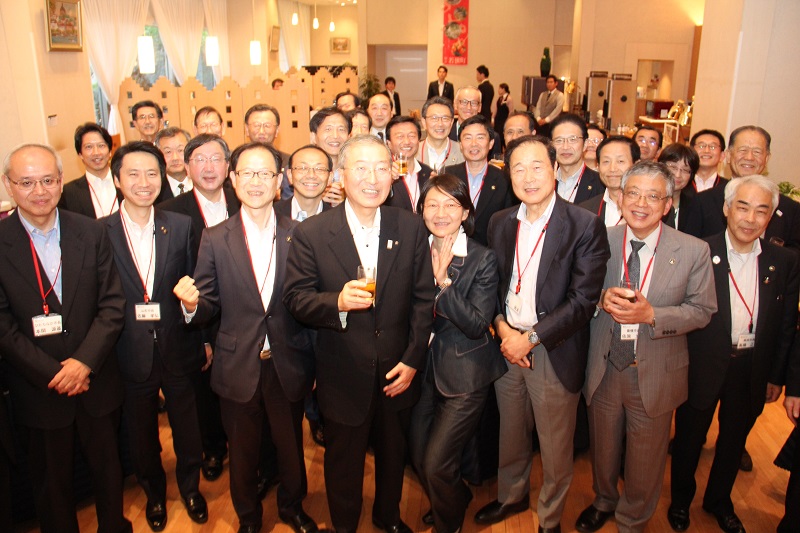 City mayors at the general meeting. 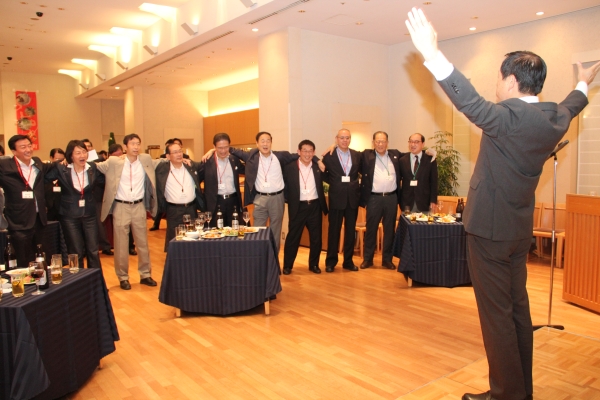 The Akamon Mayors' Association convenes its own general meeting right after the General Meeting of the Japan Association of City Mayors (from 814 cities) held in Chiyoda City every June. The most recent meeting was attended by 27 members seeking not only to deepen their friendships, but also to exchange information and contribute to the progression of local autonomy in their capacity as municipal leaders. 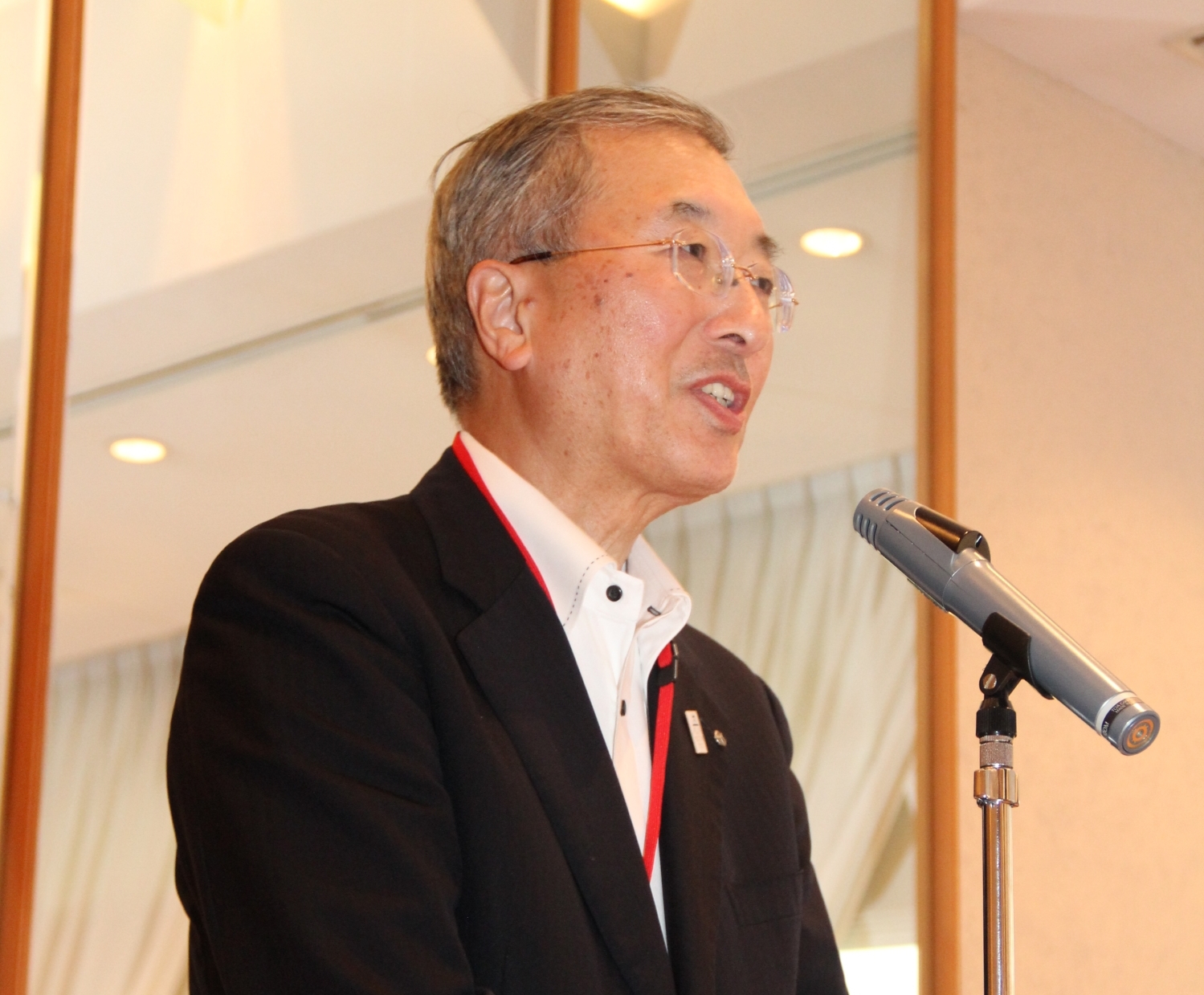 Mr. Matsuura, Mayor of Matsue City, serves as the chairman of the Akamon Mayors' Association.

It is also worth noting the contributions that the Akamon Mayors' Association makes to the University. The group has been involved in the Hands-on Activity Programs run by the university since the beginning, providing students with opportunities to expose themselves to different lifestyles and values. In academic year 2017, the group offered programs for on-site learning in the Kaga hot spring area in Ishikawa Prefecture, work experience with the Akashi City government in Hyogo Prefecture, and a trial stay in Ohasama, Hanamaki City in Iwate Prefecture.

As the table below shows, many of the graduates now working as city mayors have assumed the position in their home prefectures. Bursting with ambition, they had traveled all the way from their hometowns to pursue knowledge at the University of Tokyo, eventually returning home to lead their local governments. This spirit is sure to be passed down as younger graduates follow in their footsteps.

Profiles of the 43 members of the Akamon Mayors' Association