A wealth of historical materials on the University of Tokyo can be found at the University Archives. In addition to paper documents, the collection put together by different UTokyo organizations, former faculty and staff, alumni and their families includes a number of unique materials. Let us trace the steps of the past 140 years through these objects that survived to the present day. 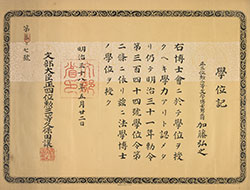 Hiroyuki Kato, the second president of UTokyo, was one of 25 who received the first-ever doctorates issued in Japan as a result of the Academic Degree Order enacted in 1887. Among the 25 grantees are other familiar names including Masakazu Toyama (literature), Kenjiro Yamakawa (science) and Dairoku Kikuchi (science), who all went on to serve as UTokyo presidents.

Modern-day sports were proactively introduced by a foreign teacher who was employed at the University. The first Athletic Meet was held in 1887, and this trophy was awarded by Ministry of Justice advisor Williams (from the UK) to the winner of the 440-yard dash in the 1889 autumn Athletic Meet. 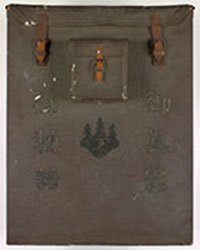 Certified copies of the Imperial Rescript on Education of 1890 were distributed to all government-funded schools at the time in the following January. Even though they were copies, they were signed by the Emperor himself and stamped with the Imperial seal. Here at the University, there is a record of seven copies that were sent to us, addressed to the administration bureau and to each college, and two of these have survived to this day. Another item that still remains is a wooden backpack, most likely used for carrying the Imperial Rescript and the Imperial portrait in case of an emergency. The inside is a safe, and it is equipped with a miniature light bulb to light up the 5-7 Paulownia crest, the Government Seal of Japan. I wonder if it was ever put to use… 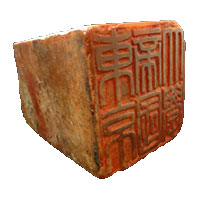 It is unknown how long each official seal was used for, but this one seems to have been used until Tokyo Imperial University was renamed. The same seal is seen on graduation certificates from the Second Faculty of Engineering in 1950.

This pin, reading “Teidai” (abbreviation of Teikoku Daigaku, meaning Imperial University), belonged to a former student whose father also studied at Tokyo Imperial University. Teidai must have been a memory that they both held dear. 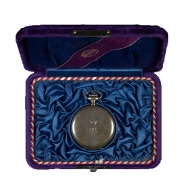 The custom of the Emperor bestowing silver pocket watches to high-achieving students at commencement ceremonies began in 1899 and continued until 1918. A total of 323 students were given watches. How exactly the recipients were selected is unknown; however, it appears that they were assessed on their character as well as their grades.

Program schedules for events held in the Auditorium (Yasuda Auditorium) always included the instruction “bell,” as the ringing of a bell signaled the beginning of an event. The bell is extremely loud, probably made that way to resonate in such a large and crowded space.

Rowing competitions were an important part of student life for senior high school and university students before the war. The First Higher School established a boathouse together with the Higher Commercial School (Kōtō Shōgyō Gakkō, predecessor of Hitotsubashi University) in Asakusa in 1893, and competed both internally as well as with other schools. 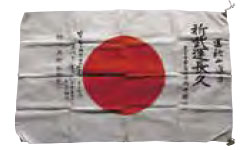 Many aspects of student conscription, enforced beginning in 1943, including the definition of student conscription itself, our understanding of how many students set off for military service, returned from war, or died in battle, as well as students’ feelings regarding their situation, are unclear. What is known for sure, however, is that they were robbed of their opportunity to study. 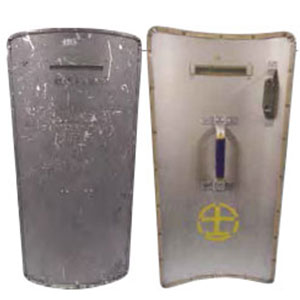 If you’re 70 or older, perhaps you’ll be able to tell which faction the helmet belonged to. Both the shield and helmet were stored by the former student affairs office, but it is unknown how they ended up in their hands to begin with. It has been 50 years since, allowing us to look at the protests more objectively; the protests are still in much need of analysis.

A collection of materials, including this flag, was carried into the room for the University’s Archives Section (predecessor of the University Archives) in 1997. Because of that, we know that the Faculty of Education’s student association had already dissolved by then, with all activities having ended. Tracing the custodial history of such objects gives insight into our society. 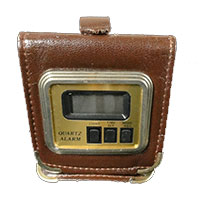 Now a producer of Nobel Prize winners, the Institute for Cosmic Ray Research started off with a small observation hut that was built on Mt. Norikura in 1950. 1993 marked the 40th anniversary of the Observatory’s establishment in 1953.

There were a wide range of projects carried out for the 120th anniversary of the University, from large scale production of a film and a UTokyo exhibition, to the creation of this small lapel pin.

This towel was sold even the year after the UTokyo logo was updated. Items with the old ginkgo logo might have been already a rarity then. 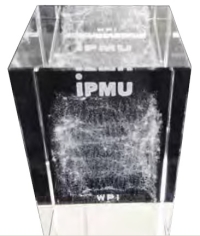 This paperweight was treasured by a former staff member. A large structure of the universe is confined in this little 200 million light-year cube. The institute, which was established to uncover the mysteries of the universe, held its 10th year anniversary ceremony in 2017. 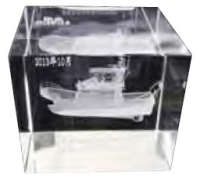 Yayoi is a ship owned and operated by the International Coastal Research Center of the Atmosphere and Ocean Research Institute. With Otsuchi as her home port, she succeeds the previous ship of the same name that was lost in the Great East Japan Earthquake and tsunami disaster, and actively contributes to recovery efforts as well as research.

The University of Tokyo Archives functions as a place to store historically significant University institutional records along with materials related to the University in a broader sense. By doing so, we provide reliable information integral to understanding the University’s past as well as designing the path the University will take in the future. We strive to advance the digitization of materials and further the dissemination of information.