Cause of the cat craze How is the popularity of cats related to the unique bond they share with their owners?

Cause of the cat craze
How is the popularity of cats related to the unique bond they share with their owners?

Declining birthrate, ease of pet care compared to dogs, social media shareability — many reasons have been given to explain the popularity of cats. A sociologist, who has been a cat lover for over two decades all the while researching sexuality and population decline, reveals what he believes to be the key cause among these for the recent cat craze. 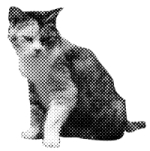 There has recently been an unprecedented surge in the popularity of cats, apparently.

It was around 2015 when a lot of buzz grew around the extraordinary rise in pets, with the number of dogs and cats in Japanese households (approximately 20 million) surpassing that of children under 15 years old (approx. 16 million). The number of pet cats and pet dogs has become close to equal in recent years, and adorable photos and videos of cats are perennial attention-catchers on social media.

As a longtime cat owner, I’d like to say, “Of course cats are cute. It’s about time that everyone realized that!” However, some sort of a social shift is likely behind these recent pet and cat crazes.

When I first got a cat 20 or so years ago, for example, calling one’s pet “a member of the family” was not common. Even in research communities specializing in families, there was serious debate on whether “pets are family or not” (with many arguing that they are not). Nowadays, however, you are likely to get cold-shouldered if you say something like “pets are not family.”

This shows a change in people’s attitudes towards the definition (boundaries) of a family, as people have started to consider pets to be part of the family as long they love and care for them. How did this change come about?

One likely cause is the decline in birthrate. With the number of people that can be considered one’s family members decreasing, the demand for something or someone towards which one can express their affections is increasing. Moreover, the rise in working couples and the urban population growth in present-day Japan must be another contributing factor to the popularity of cats in particular. Cats are relatively low-maintenance pets compared to dogs, as they are quieter and do not require daily walks.

Personally, however, I cannot help but think that the key to the cat craze lies in the unique relationship formed between cats and their owners over the course of around 20 years, a cat’s natural lifespan. 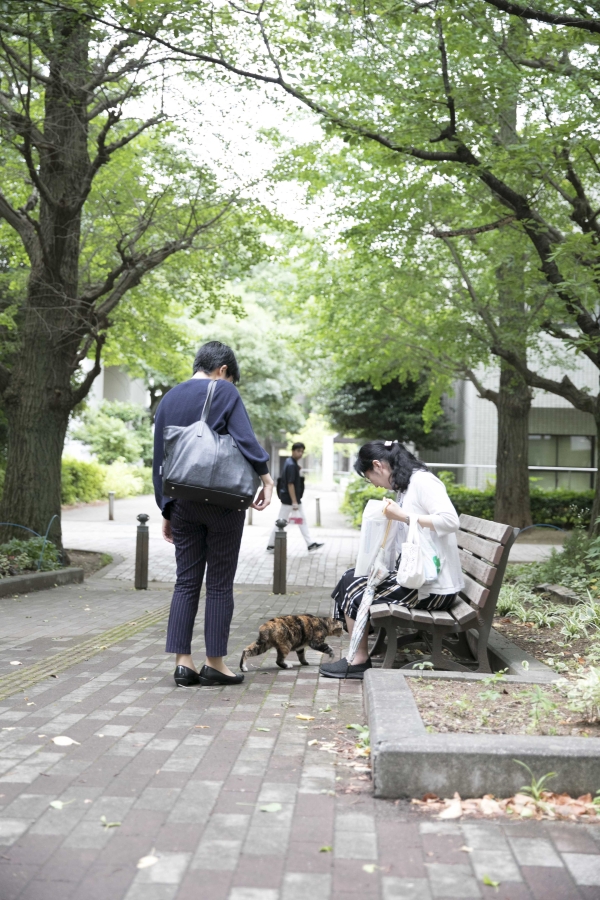 Cats have a strong sense of independence to begin with, so they do not get attached to their owners like dogs do. No matter how much an owner loves and cares for their cat, there is no guarantee that the love will be reciprocated. In fact, some cats spend their whole lives aloof and uncaring.

It is a one-sided love for the owner, providing and caring for the cat every day, but that in itself is enjoyable. And it is for this very reason that when one’s cat does show affection, the owner is filled with sheer happiness (although in reality, the cat is just acting on its own accord). In modern society, perhaps this kind of “unconditional love” only exists between people and cats.

Also, if you get a newborn kitten, you will experience how the relationships and the roles between cats and humans gradually evolve. At first the kitten is like a baby, but they soon grow up to become your daughter (son), then lover, then wife (husband). At times they are someone to share your thoughts with, and after ten years, they become akin to an elderly parent who you care for in their illness and old age. Of course, this progression would be unthinkable in human relationships. It is because such changes take place and the roles and relationships become so multilayered in just under 20 years that cats are forever endearing and irreplaceable.

The sense of loss and grief you experience when you are bereaved of your cat is therefore unimaginable. I spent a few years feeling like a shell of my former self when I lost my beloved Nyanko-sensei seven years ago. There are many people around me who are also enduring this very pain.

Considering all this, the relationship between cats and humans must be the deepest it has ever been in the history of humankind. There may eventually come a time when, for some people, the love of their cats and the pain of parting with them will surpass such feelings towards fellow humans.

I recently was finally able to move on from my grief and decided to get three new cats. I renewed my commitment to myself – that I cannot die before they do. This is merely one example, but I feel like the time has come where cats give owners the courage to continue living. 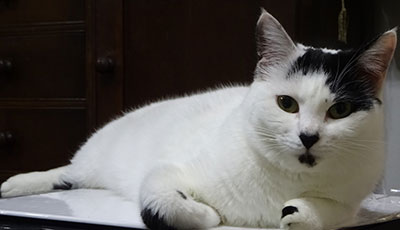 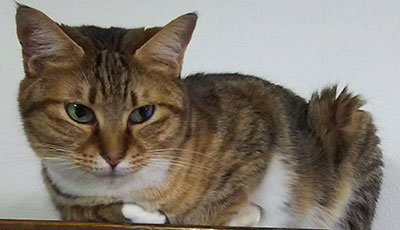 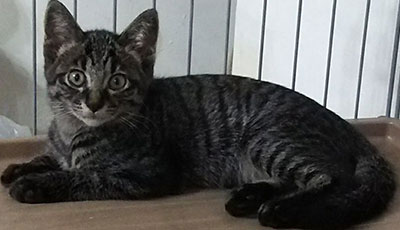 Akari and Ban had already been named when Watanabe adopted them from an animal shelter.

* This article was originally printed in Tansei 37 (Japanese language only). All information in this article is as of September 2018. (Akagawa became a professor in April 2019.)