The origin of the housecat Neolithic human-cat interaction: hints in the earth

The origin of the housecat
Neolithic human-cat interaction: hints in the earth

In 2004, the tomb of the oldest housecat in the world was discovered in Cyprus. A UTokyo professor who conducted joint research with the discoverer introduced the tomb at the University Museum in Hongo. We asked him to elucidate on the origins of the housecat from an archaeological perspective. Apparently, the latest surveys have unearthed some interesting discoveries in China as well. 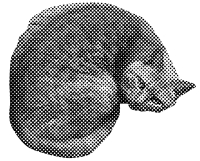 Around ten years ago, I was in charge of an exhibition on West Asian Archaeology at the University Museum exploring the detailed origins of how people began farming the land and breeding livestock roughly 10,000 years ago in the Neolithic period. I think it is fair to say that the introduction of farming and animal breeding formed a significant foundation for modern civilization. Without this change, we would probably not have developed our current diet or been able to build the economic and social systems that furnish our cities today. That was my specific area of research, and the exhibition was staged to announce part of the results of that research.

People in those days first learned how to cultivate grains and beans, and soon became proficient at domesticating sheep and goats. The cat was supposed to be among the animals successfully domesticated during this era. While we rarely come across cat bones in archaeological sites, in 2004, a group of French researchers discovered something interesting on a dig in Cyprus, namely a tomb in which a man aged approximately 30 years was buried together with a cat roughly 9,500 years ago. Up until then, the oldest discovered proof of domesticated cats was an iconic representation from ancient Egypt dating back roughly 4,000 years, so this new find was over twice as old. As cats were not endemic to the island of Cyprus, this cat was definitely brought in from overseas. It is considered likely that the cat was a pet because it was buried at the man’s feet.

The ancestor of the domesticated pet cat around the world today is considered to be the African wildcat from West Asia. The 2004 discovery of the tomb was widely acclaimed for also providing archaeological proof supporting the premise that the relationship between people and cats originated in West Asia. Since the archaeologist who discovered the tomb was a co-researcher of ours, we were able to display in the University Museum a resin cast of the tomb of the "oldest housecat" in the world (Photo 1).

(Photo 1) A cast of the cat’s tomb discovered in the Shillourokambos site in Cyprus.

I thought things would quiet down after that, but recently there has been another announcement from some Chinese researchers showing their own examples of cat domestication in the Chinese interior. The site in question was 5,500 years old, so the era was much later than the one in Cyprus. However, the discovery suggests the existence of a different type of cat from the one in West Asia, the leopard cat, in early agricultural villages. Genetics suggests that all modern housecats stem from one genus. If that is the case, then there are several interpretations that we can apply to this discovery. The leopard cat might have been living in the villages without having been domesticated, or if it had been domesticated, then it could have been replaced later by cats arriving from West Asia. Alternatively, we might have to consider if we need to review the underlying genetic premise. While there are few objections to the belief that housecats originated in West Asia, all current circumstances are a product of past history, and we still have much research to do to work out exactly how we got to where we are today.

Whatever the case, people still believe that the housecat first appeared in the Neolithic period. The view that new societies based on food production greatly changed the relationship between people and animals is still dominant, and the developing relationship between cats and humans was very much a part of that process. 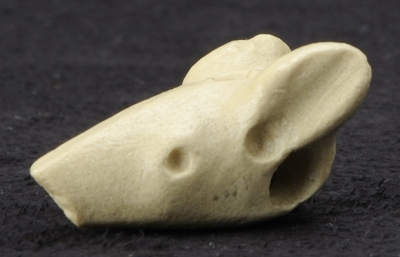 (Photo 2) Replica of a Neolithic figurine of a mouse head found at the El Kowm archeological sites in Syria.

Incidentally, when I speak of cats, I am also talking about mice. Mouse bones have been frequently discovered in archaeological sites dating from the time when people fully shifted towards living in permanent settlements approximately 15,000 years ago. Mice must have been a real nuisance to people once they started storing their newly cultivated grain indoors. Indeed, people began creating mouse figurines from this era onwards. Based on the assumption that cats would have played an important role in controlling mice in this era, we displayed a stone figurine of a mouse head together with the cat’s tomb during the abovementioned exhibition (Photo 2). 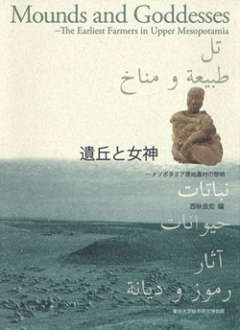 The book published to accompany the 2007 exhibition, Mounds and Goddesses – The Earliest Farmers in Upper Mesopotamia (Edited: Yoshihiro Nishiaki, Published: The University of Tokyo Press, 2008).
For more, see: http://umdb.um.u-tokyo.ac.jp/DKankoub/Publish_db/2007moundsAndGoodesses/