Cats and UTokyo A collection of "tails"

Cats and UTokyo
A collection of "tails"

Here we have brought together a few topics about the University of Tokyo and cats that haven’t been mentioned elsewhere in this issue of Tansei. Enjoy this menagerie of stories about the friendly and heartwarming relationship between UTokyo and cats.

Cats on the Komaba Campus 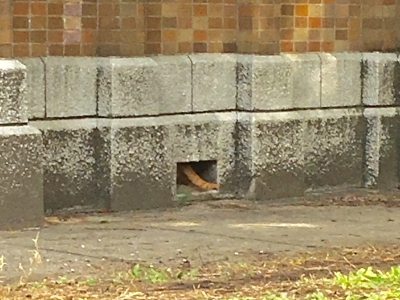 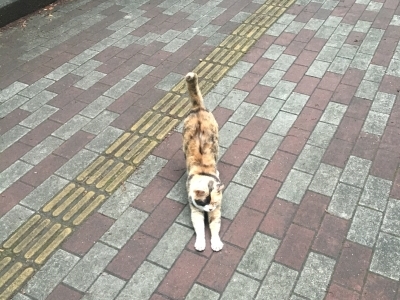 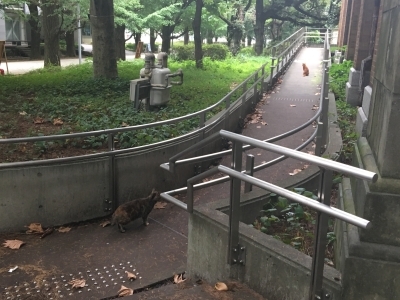 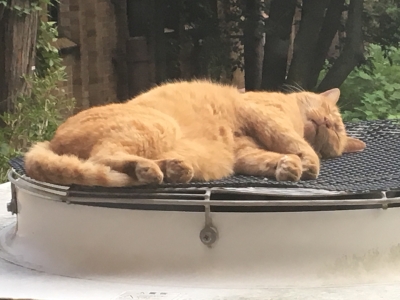 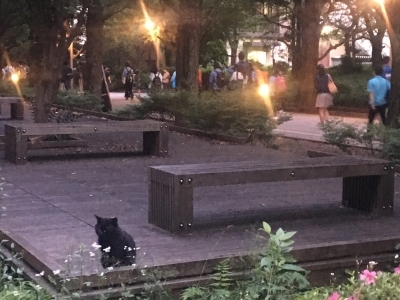 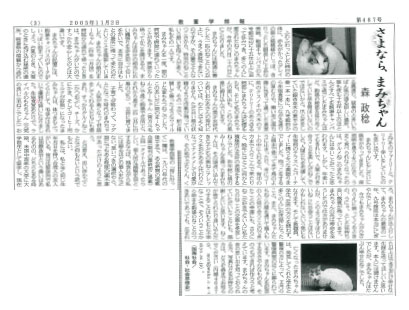 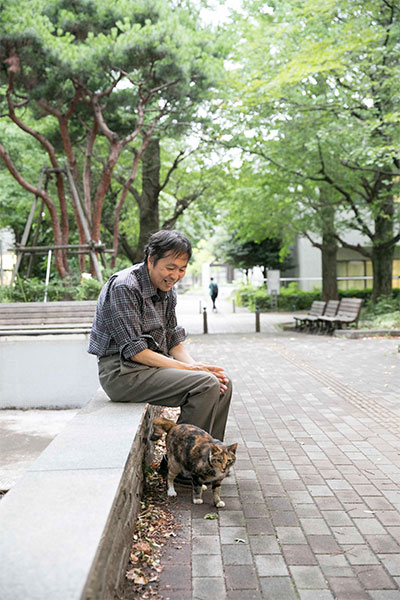 There used to be many cats living on the Komaba Campus, and they were called Komaneko (meaning: “Koma Cats”). However, their numbers have decreased, and we don’t see them nearly as often these days.

"At one point, the number of cats was increasingly excessive, so from 2010 onwards we started working together with many graduate students, non-profit organizations and local veterinarians to catch and neuter cats before returning them to the campus. This effort caused the number of cats to naturally decrease, and now there are only a few known to be living on campus," explains Professor Masatoshi Mori from the Graduate School of Arts and Sciences, who has formed a deep bond with the Koma Cats (left photo). When a much-loved “idol” cat that had lived on the premises for over 15 years died in 2005, Mori published a special eulogy for the cat in the Newsletter of the College of Arts and Sciences (No. 487) that became the talk of the campus.

"Even now, I remember the pleasant feeling that I got when Mami came and sat on my lap. (omitted) ... I am grateful for the people I have met through my relationship with cats, and to the people who accepted my interaction with cats even though they didn’t like cats themselves" (excerpt).

Mori currently looks after five cats called Millie, Minmin, Kuro, Mona and Chappie. Minmin and Millie are parent and offspring, and Mona is Minmin’s daughter and possibly Chappie’s mother. If you head to the back garden of Building 1 in the daytime or near the fountain and the terrace next to the ginkgo trees at sundown, you might get to meet the Koma Cats if you are lucky.

A love story featuring a Siamese cat, written by a UTokyo author

The story takes place in the area around Kichijoji which spans Inokashira Park and Komaba in Tokyo, and features cats in an aristocratic world. They amuse themselves by betting on small animals competing in the pond, getting ravens to carry them around in carriages as they fly gracefully through the air, and attending garden parties at the Marquis’s residence. The story tells of a "dangerous relationship" in that world between a good-looking, deep-voiced tomcat, a high-ranking and noble, widowed sister-in-law cat, and a blind young white lady cat. This is the first long novel of an author who is a graduate of the Graduate School of Humanities and Sociology. In February 2018, the author also released four volumes of commentaries for cat lovers Neko no Ukiyoe (Cats and Ukiyo-e) (Kindle). If you love cats related to the University of Tokyo, you just have to look it up. 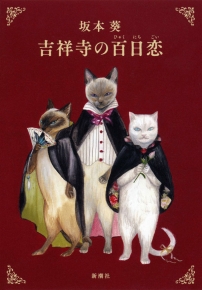 The Hanan Chocolate sold at the University of Tokyo Communication Center is a halal-certified chocolate, the idea of which was created during research by Associate Professor Emi Goto of the Institute for Advanced Studies on Asia. While halal certification is a way of providing peace of mind for Muslim consumers, Goto says that recently the certification standards have become too strict and a cause for concern. “Hanan” means compassion and kindness in Arabic. Everyone is encouraged to use this chocolate as an opportunity to consider what else we could do aside from certification to make everyone feel comfortable when gathering around the dining table. The chocolate packaging sports cute cat drawings by illustrator Tetsuro Okabe. 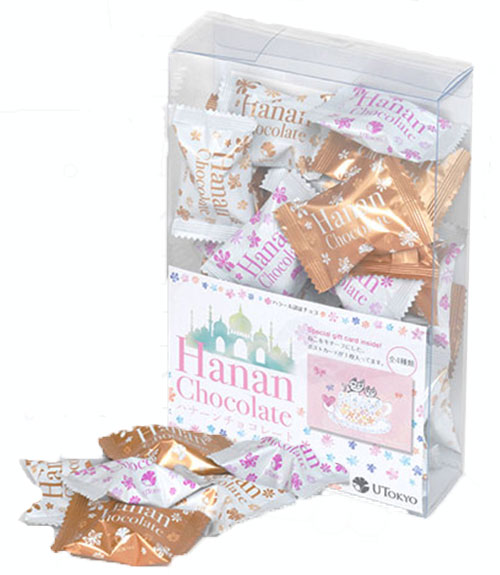 A cat picture book by an RCAST-affiliated artist 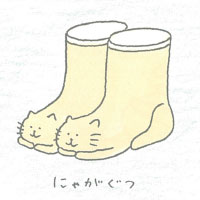 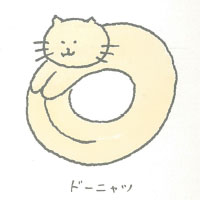 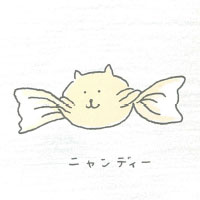 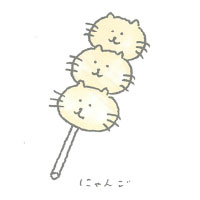 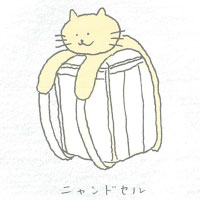 When “Boku” (I) was a young boy, his mysterious cat, Nyanta, constantly transformed into all sorts of things from a cat banana, to “cat-let” (cutlet) curry, a “biscat” biscuit, a “nekolace” (cat necklace), “Meow” Balance-brand sneakers, and cat sand. But all of a sudden, the cat disappeared … The author of this intellectual picture book that showers us with exquisite puns is Yasuhiro Suzuki, an up-and-coming modern artist who is currently working as a visiting researcher in the Nakamura Laboratory at the UTokyo’s Research Center for Advanced Science and Technology (RCAST). In May 2018, Suzuki’s 25-meter long "Aerial Being" was laid out on the Grass Square in the Tokyo Midtown complex and people were encouraged to lie on the grass in a similar pose to complete the signature work. This is a “purr-fect” book about cats that can be read “cat-less” times even by people who are not natural cat lovers. 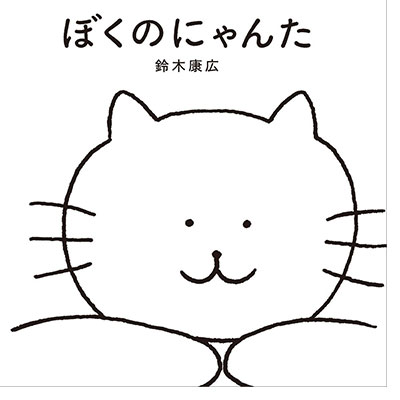 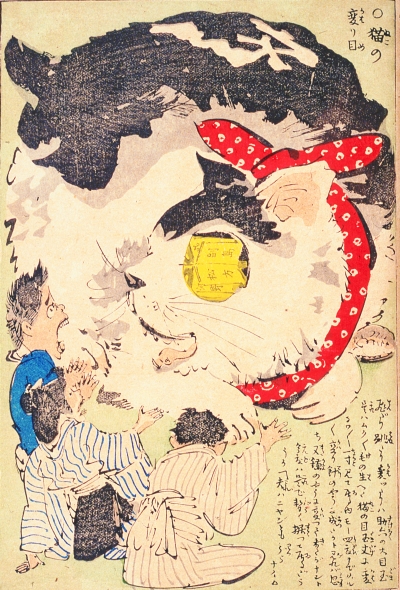 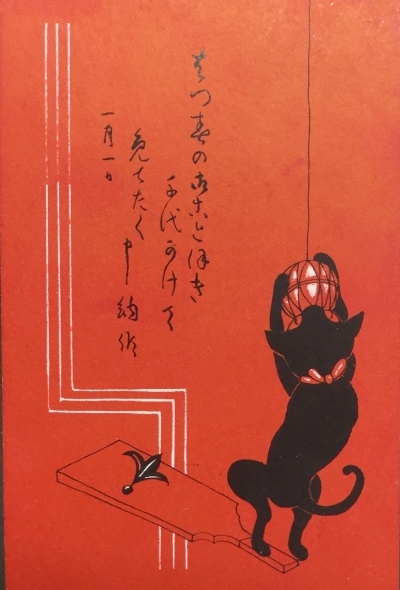 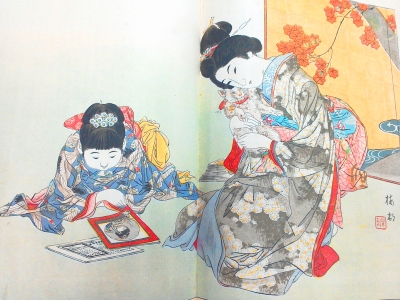 Many cats live on in the Meiji Shinbun Zasshi Bunko archives housed in the Center for Modern Japanese Legal and Political Documents at the University of Tokyo Graduate Schools for Law and Politics. The cartoon in (1), "Neko no Kawarime (The ‘eye-catching’ changes of the cat)," depicts a calico cat wearing a cute red ribbon, and was published in the Japanese comic newspaper Maru Maru Chinbun. If you look closely, you can see the names of politicians written in the cat’s eye, satirizing the string of minister resignations during the chaos of the second general election held in 1892 (Meiji 25). The red and black stylishly-designed picture of a black cat in (2) is actually a New Year’s greeting card. It was included in a book of picture postcards called “Cats” compiled and edited by Miyatake Gaikotsu, one of the founders of Meiji Bunko. Picture (3) is a frontispiece of the Fuzoku Gaho graphic magazine of customs and social norms in the Meiji and Taisho periods. Do you think the kitten getting squeezed in the arms of the colorful kimono-clad girl looks satisfied? 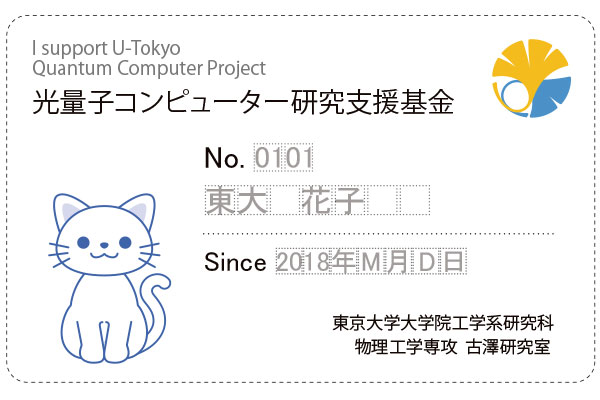 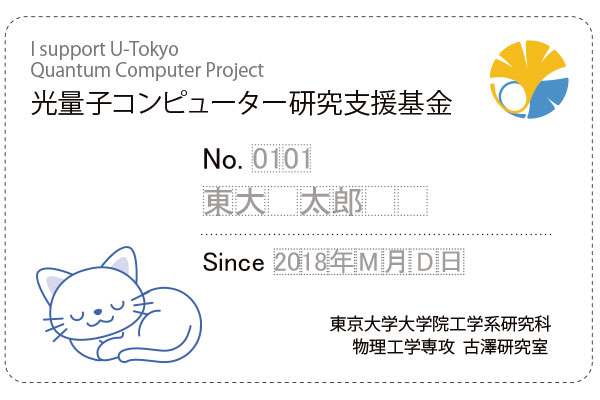 The Schrodinger’s Cat Paradox is a thought experiment to explain the special characteristics of quantum "superposition," in which a cat that has been put in a box, the interior of which cannot be seen, could be simultaneously alive and dead until the box is opened. If you support the research of Professor Akira Furusawa of the Graduate School of Engineering, which seeks to exploit these characteristics to create the ultimate next-generation computer, then you can receive a membership card adorned with one of two cat illustrations. Please refer to the UTokyo Foundation for details.

The School of Science's public relations magazine, The Rigakubu News, contains contributions from researchers and students at the cutting edge of science. In the "Frontline Science" section of the November 2014 issue titled "Dark Matter: Our Long-lost Birth Mother," a certain picture was introduced by the then-director of the Kavli Institute for the Physics and Mathematics of the Universe (IPMU), Professor Hitoshi Murayama. Due to the mischievous features of dark matter, a group of galaxies 4.7 billion light years away looks like the Cheshire Cat in Alice in Wonderland. This picture is apparently famous in the research field, but it is surprising to the average person. Could the mystique of the cat be on a universal scale? 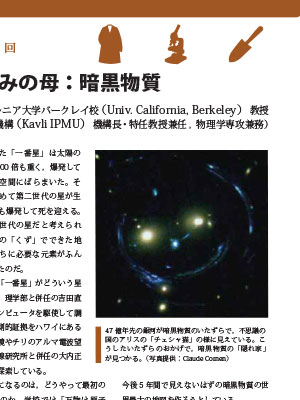 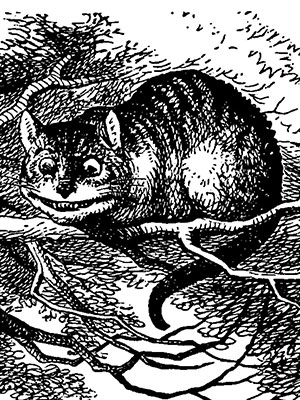 Cats on other UTokyo campuses 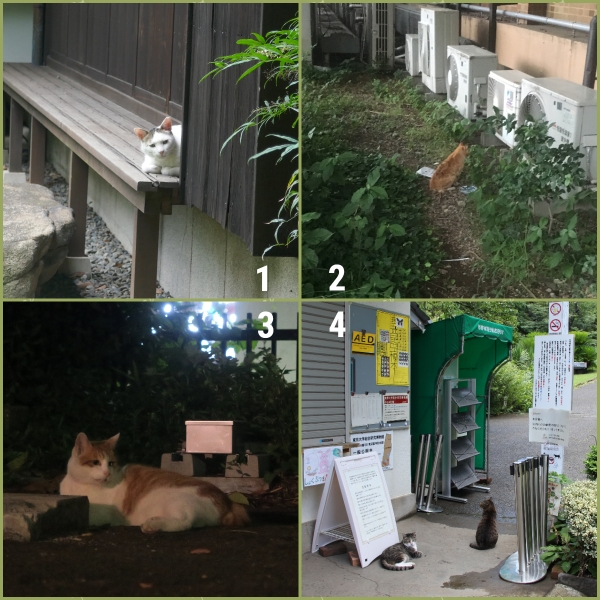 The cats introduced here are different from the Komaba Campus cats already featured above and elsewhere in this issue. You don’t often see cats on the Hongo Campus, but one has been sighted around the University’s stately Kaitokukan residence. Photo 1 was taken by a member of UTokyo’s public relations magazine team when they entered the Kaitokukan Garden for work (June 14, 2018). This cat was sitting calmly on the bench looking like the lord and master of Kaitokukan. Photo 2 is of a cat near the edge of the Faculty of Agriculture baseball field on the Yayoi Campus (June 18, 2018). This cat has traces of a neutering treatment on its ear. However persistently you call out to it, the cat just coolly ignores you. Photo 3 shows some cats on the Shirokanedai Campus (July 18, 2018). We didn’t get to see them when we went looking in the daytime, but Project Professor Manabu Watanabe, who was featured in this issue, was able to take this picture of the cats elegantly resting after 9 pm. He says you can often catch a glimpse of them near the west gate of the campus. Photo 4 is of two cats near the entrance to the Koishikawa Botanical Garden (July 9, 2018). They came to greet us like substitute reception staff when the garden was closed, but we got the distinct feeling that they wouldn’t stand for any indiscreet approaches by outsiders. Maybe they see themselves as security guards rather than receptionists? These cats all make lives for themselves on UTokyo campuses, at a moderate distance from humans.