140 years of UTokyo: Retrospect and prospect

140 years of UTokyo: Retrospect and prospect

The disappearance of “daigaku,” the University and status struggle, academic disciplines and University organizations, UTokyo as a “space,” and multiplicative history… 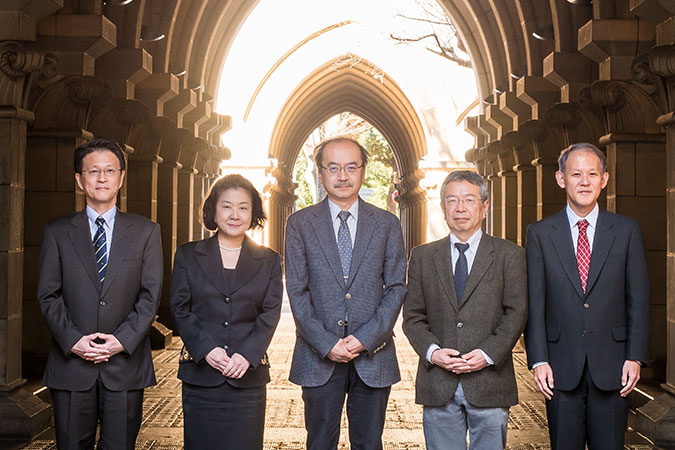 The University of Tokyo will be celebrating its 150th anniversary in 2027, and plans for a compilation of UTokyo’s 150-year history are already underway. Professor Kenji Sato, who is well acquainted with the history of the University, invited four other professors who have distinct opinions about the subject to gather at the Faculty of Letters Library. They had a brisk and engaging discussion about how the past 140 years should be perceived, how the 150-year history should be compiled, and the vision for UTokyo’s future at this milestone in its history. 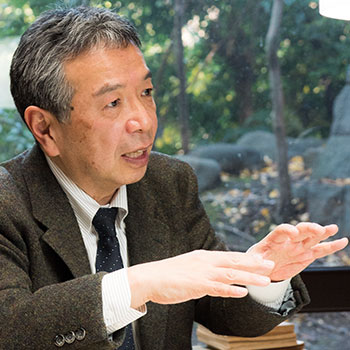 Academic field selection had an element of status struggle

At what turning points do people choose to write history? 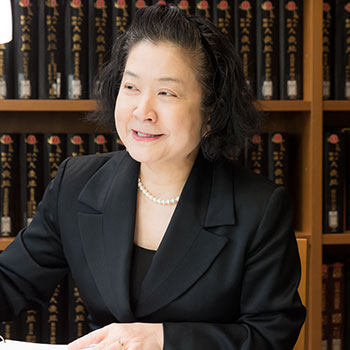 Yoko Kato
Professor of the Graduate School of Humanities and Sociology, specializing in modern Japanese history. Her works include Senso made (“Until the War”) (Asahi Press) and Soredemo Nihonjin wa “Senso” wo Eranda (“Yet the Japanese People Chose War”) (Shinchosha). 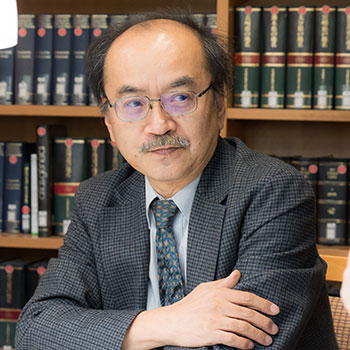 Keisuke Fujii
Professor of the Graduate School of Engineering, specializing in the history of architecture. Co-authored works include Nihon Kenchikuyoushiki-shi (“The History of Japanese Architectural Style”) (Bijutsu Shuppan-sha), Kenchiku no Rekishi (“The History of Architecture”) (Chukou Bunko), and Sekino Tadashi Asia Tosa (“Tadashi Sekino’s Asia Survey”) (The University Museum, The University of Tokyo).

The “power of place” at universities expanded knowledge 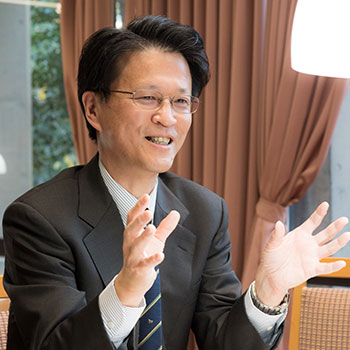 Koichi Hashimoto
Professor of the Graduate School of Education, specializing in higher education theory. His works include Kotokyoiku no Seisaku Katei (“Higher Education Policy Process”) Senmonshoku no Hoshu to Shokuiki (“Remuneration and Scope of Work for Professional Positions”), and Daigakusei Campus no Seitaishi (“University Students: An Ecological History of Campuses”) (Tamagawa University Press). 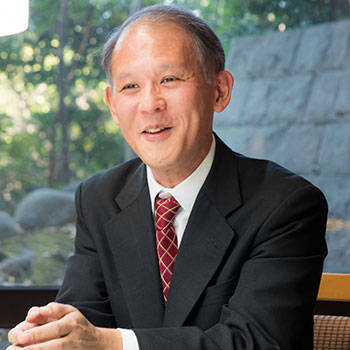 Visualizing past knowledge to move forward

(January 4th, 2018, at the Fubunkan Meeting Room of the Faculty of Letters)

1. The South Branch School of Daigaku was a Western school originating from the Institute for the Study of Barbarian Books and the Institute for Western Studies. The East Branch School of Daigaku was a medical school preceded by the Otamagaike Vaccination Clinic and the Institute of Medicine. The “south” and “east” in the names denote where they were positioned in relation to the Main Branch of Daigaku.
2. Currently, there are 14 University-wide Centers: the University Museum; Cryogenic Research Center; Isotope Science Center; Environmental Science Center, Research into Artifacts, Center for Engineering; Biotechnology Research Center; Asian Natural Environmental Science Center; Center for Research and Development of Higher Education; Center for Spatial Information Science; Information Technology Center; International Center for Elementary Particle Physics; VLSI Design & Education Center; Policy Alternatives Research Institute; Center for Research and Development on Transition from Secondary to Higher Education.
3. Professor of the Graduate Schools for Law and Politics. Referenced from his book: “Ishin Kakumei” e no Michi (“The Road to the Restoration Revolution”) (Shinchosha Publishing).
4. Tokyo Daigaku Hyakunen-shi (“A Hundred-year History of the University of Tokyo”) was issued from 1977 to 1987. There is a total of ten volumes, with three volumes on the comprehensive history, another three on historical documents and four volumes on organizational history. Tokyo Teikoku Daigaku Gojunen-shi (“A 50-year History of Tokyo Imperial University”) was published in two parts in 1932. It is said that Toshiaki Okubo, who was an assistant at the Department of National History and grandson of historical figure Toshimichi Okubo, wrote the manuscript essentially alone.
5. The use of B6-sized index cards as an ideal means for recording and organizing information was advocated by author Tadao Umesao in his book, The Art of Intellectual Production.

* Professors’ titles are that at the time of publication.

* This interview was originally printed in Tansei 36 (Japanese language only). All information in this article is as of March 2018.