The plants that eat forests: the mysterious and beautiful world of saprophytes

When you look at the word “saprophyte,” a combination of Greek terms meaning “rotten material” and “plant,” you may imagine plants growing on top of dead animals or other plants that are wilted and decaying. However, according to Professor Hirokazu Tsukaya, the director of the Botanical Gardens of the Graduate School of Science, saprophytes are plants that “eat forests.” How does such a plant that has neither white teeth nor green leaves eat a forest? Try imagining the answer as you read this piece written by an expert charmed by these beautifully unusual organisms. 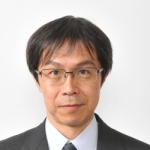 By Hirokazu Tsukaya
Professor of the Graduate School of Science
http://www.bs.s.u-tokyo.ac.jp/~bionev2/en/index.html
Author of Mori wo Taberu Shokubutsu (“The Plants that Eat Forests”) Iwanami Shoten, 2016 (2000 JPY +tax) 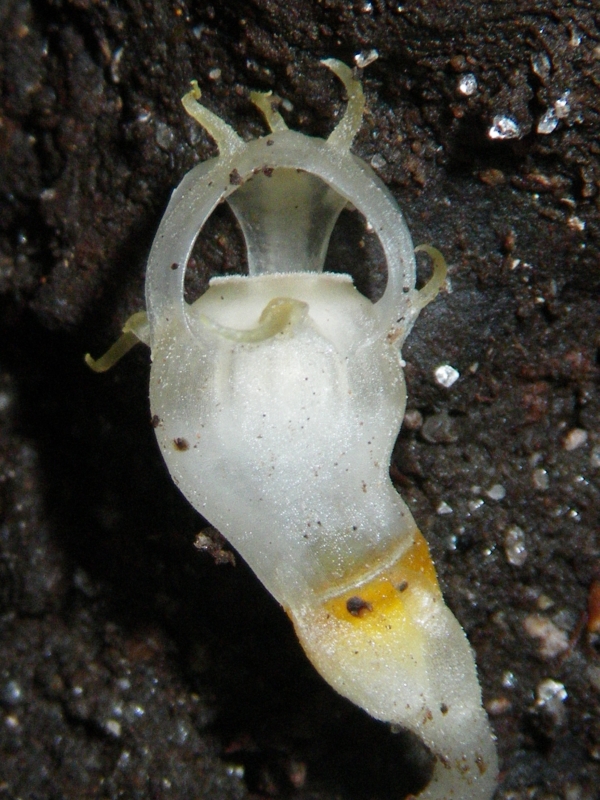 The relationship between forests and plants is usually as follows: there is no forest without plants, and a forest is formed when there are a lot of plants gathered in one place. In this world, however, there are plants that exist only because there are forests. Saprophytes, which I have always been interested in since I was a student, fall in the latter category. They are, so to speak, plants that eat forests.

In order to explain why they eat forests, there is no other way but to show you how exactly these plants live.

The most commonly seen saprophyte in Japan is probably Monotropastrum humile. Their glistening pure white tepals are lined along the inside with yellow anthers, and in the center there is a stigma that shines in a shade of indigo blue – they are clearly spermatophytes. However, they don’t have any green leaves. Spermatophytes normally use their leaves for photosynthesis to get energy in order to live. However, Monotropastrum humile cannot do that; instead, they get their nutrients by using their roots to eat mushrooms.

Monotropastrum humile actually take the nutrients from the hyphae of mushrooms that have penetrated their roots. On the other hand, the victims that are the mushrooms are organisms that take their daily nutrients from the forest. Monotropastrum humile therefore bloom by snatching away what the mushrooms have gained from the forest. The expression, plants that eat forests, originates from this way of life.

Calling these plants saprophytic, meaning that they grow on rotten things, is therefore a mistake. Recently, the term myco-heterotrophic has been preferred as a more accurate description. “Myco-heterotroph” literally refers to plants that live by living off of fungi.

Now, this unusual way of life makes it harder for people to notice them. If plants have green leaves, people will notice them even when their flowers aren’t in bloom. For instance, many people may not notice cherry trees for what they are during summer months without their blossoms; however, anyone can recognize that they are big trees thriving with leaves. Saprophytes, on the other hand, do not have green leaves; therefore, they live underground away from human eyes except for when their flowers bloom. As a result, there are many species of saprophytes that have been overlooked.

If you walk through tropical rainforests in Southeast Asia, for example, you will almost inevitably be able to encounter a saprophyte that is yet unknown to the world. In fact, even in Japan, one of the most thoroughly examined areas on Earth when it comes to plants, new species of saprophytes are still being discovered every year.

As a result, I have been able to discover many new species of saprophytes, as well as name them. However, my main research theme is actually the mechanisms behind how green leaves – which saprophytes do not have – are formed. I have recently been thinking about whether I can use my research results as a clue to uncover how saprophytes lost their leaves. As a matter of fact, Japan is one of the central areas in the world for research on saprophytes. I wrote a book in 2016 called Mori wo Taberu Shokubutsu (“The Plants that Eat Forests”) in the hope that more people will take interest in them. The book introduces many rare species of saprophytes that haven’t appeared yet in illustrated reference books, so please have a look.